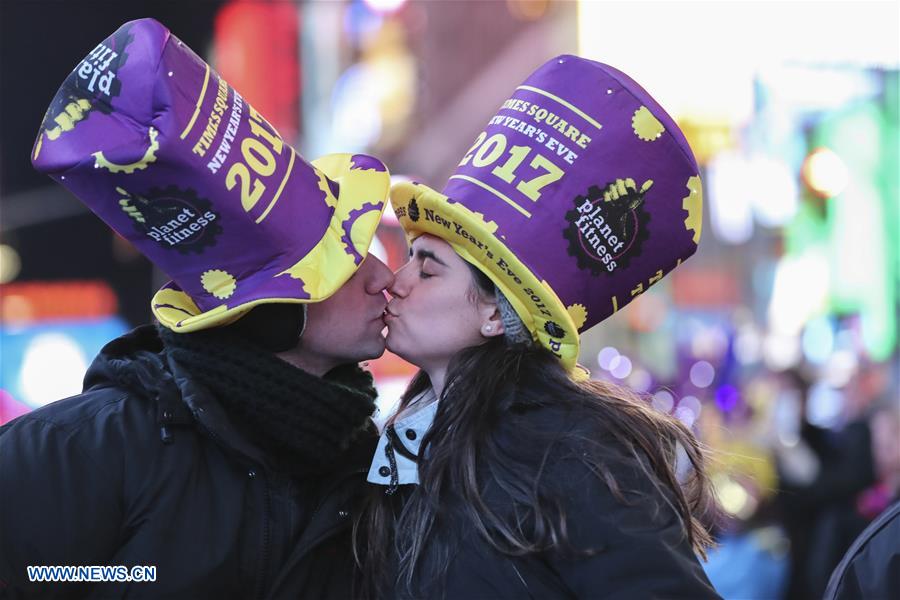 Lover kisses each other during the New Year celebration at Times Square in New York, the United States, Jan. 1, 2017. The New Year celebration held at Times Square is a well-known traditional event which is expected to draw tens of thousands of spectators from the Untied States and other parts of the world. From Las Vegas' shooting spree to Manhattan's truck attack, from Texas' Hurricane Harvey to California's wildfires, from the advancing bull stock market to once-in-a-century total solar eclipse across U.S., seventeen photos covered the impressive moments of Americans through out the year. They were typical faces of the Americans, epitomizing the year of 2017 and reflecting the duplicity of their lives. (Xinhua/Wang Ying)