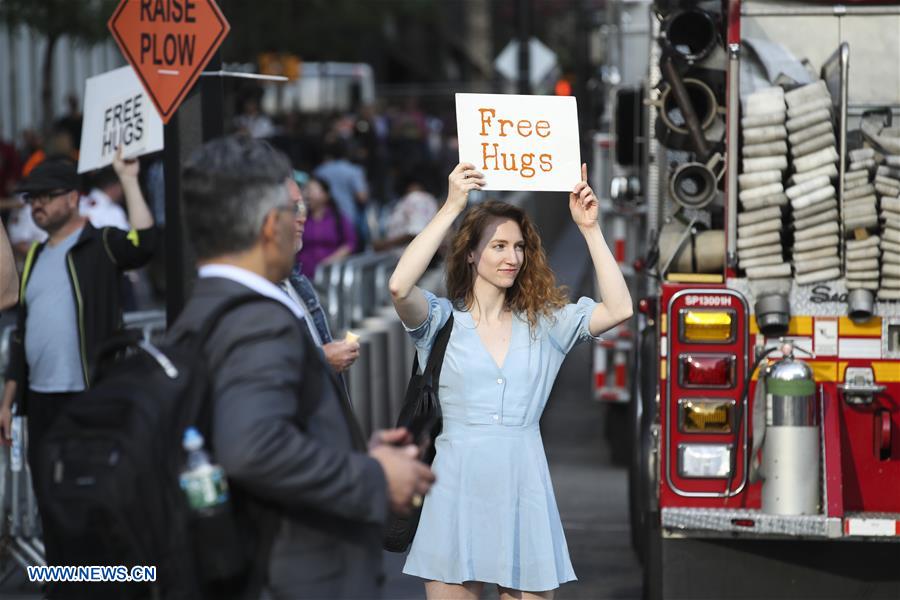 Volunteers wait to offer hugs to comfort and encourage people near the South Pool at the National September 11 Memorial and Museum in New York, the United States, Sept. 11, 2017. People paid their tributes to mourn the victims of the 9/11 terror attacks which happened 16 years ago and claimed thousands of lives. From Las Vegas' shooting spree to Manhattan's truck attack, from Texas' Hurricane Harvey to California's wildfires, from the advancing bull stock market to once-in-a-century total solar eclipse across U.S., seventeen photos covered the impressive moments of Americans through out the year. They were typical faces of the Americans, epitomizing the year of 2017 and reflecting the duplicity of their lives. (Xinhua/Wang Ying)