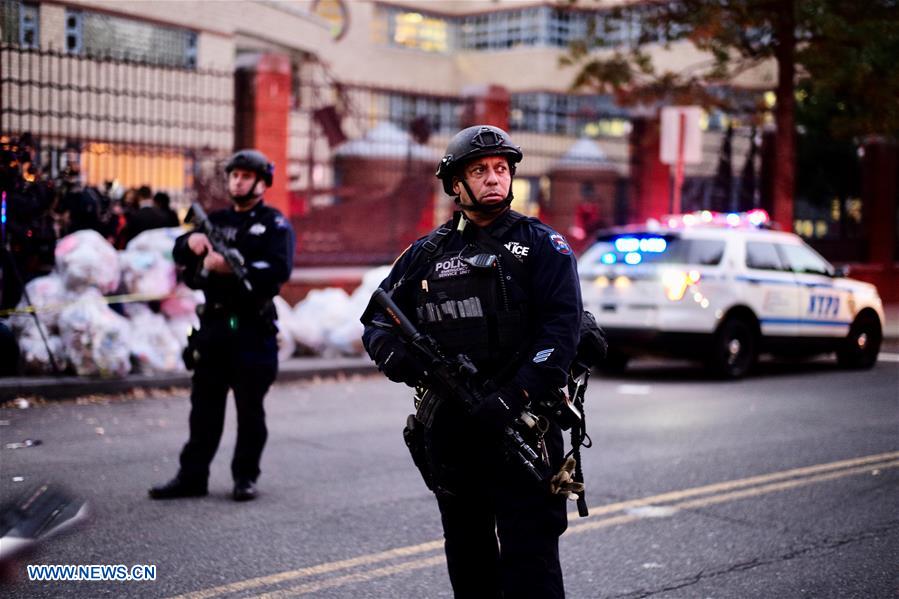 Police officers stand guard near the site of an attack in lower Manhattan in New York, the United States, Oct. 31, 2017. Eight people were killed and a dozen more injured after a truck plowed into pedestrians near the World Trade Center in New York City. Mayor Bill de Blasiothe mayor said the incident was "a particularly cowardly act of terror aimed at innocent civilians." From Las Vegas' shooting spree to Manhattan's truck attack, from Texas' Hurricane Harvey to California's wildfires, from the advancing bull stock market to once-in-a-century total solar eclipse across U.S., seventeen photos covered the impressive moments of Americans through out the year. They were typical faces of the Americans, epitomizing the year of 2017 and reflecting the duplicity of their lives. (Xinhua/Li Muzi)