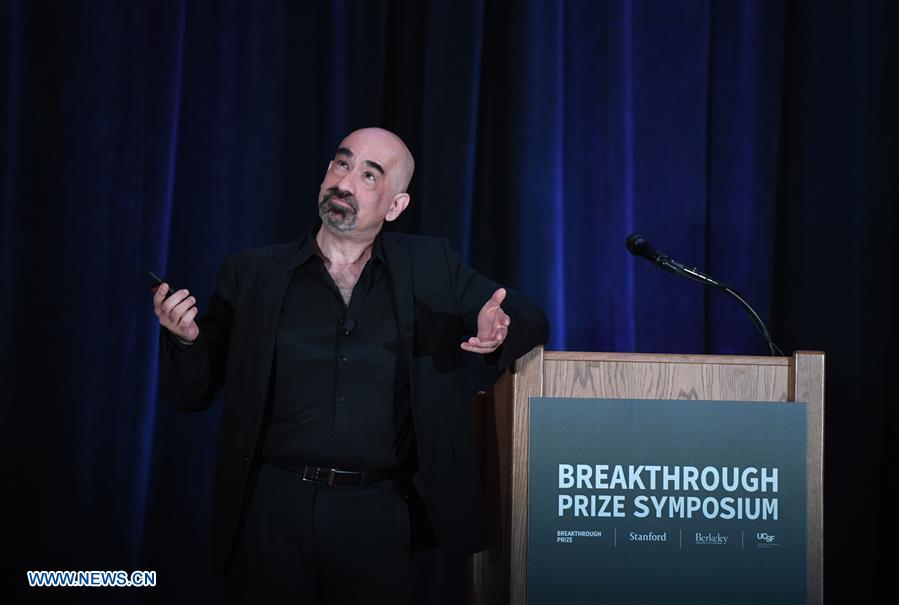 David N. Spergel, the awardee of Breakthrough Prize in Fundamental Physics from Princeton University, gestures during his academic report in San Francisco, the United States, on Dec. 3, 2017. Since its inception in 2012, the Breakthrough Prizes, dubbed "the Oscars of Science," have awarded close to 200 million dollars to honor paradigm-shifting research in fundamental physics, life sciences and mathematics. From Las Vegas' shooting spree to Manhattan's truck attack, from Texas' Hurricane Harvey to California's wildfires, from the advancing bull stock market to once-in-a-century total solar eclipse across U.S., seventeen photos covered the impressive moments of Americans through out the year. They were typical faces of the Americans, epitomizing the year of 2017 and reflecting the duplicity of their lives. (Xinhua/Wu Xiaoling)