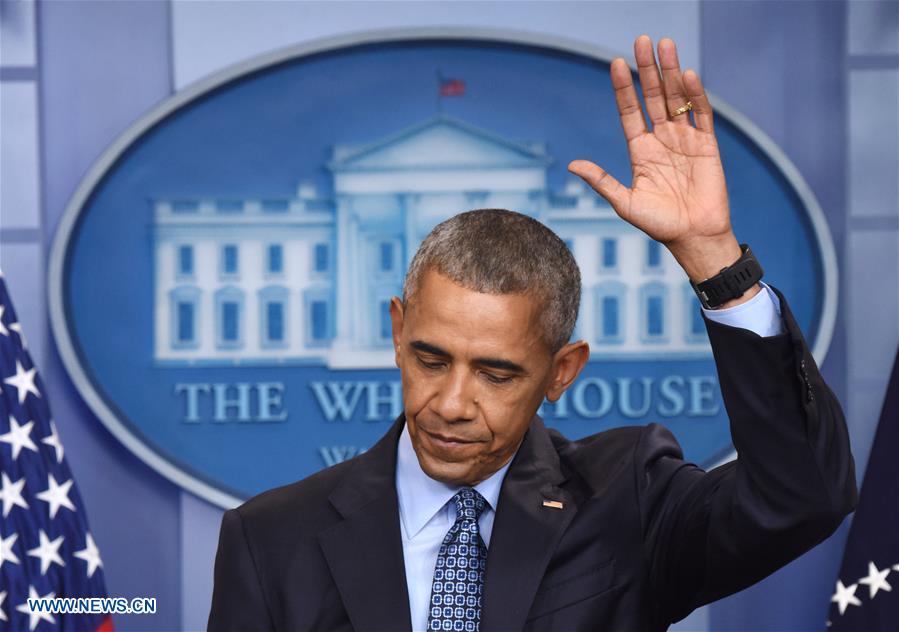 Barack Obama gestures during his final press conference as U.S. President at the White House in Washington D.C., the United States, Jan. 18, 2017. "Tonight it's my turn to say thanks ... Everyday I learned from you. You made me a better president, and you made me a better man," Obama said in his emotional farewell speech in Chicago on Jan. 10, 2017. From Las Vegas' shooting spree to Manhattan's truck attack, from Texas' Hurricane Harvey to California's wildfires, from the advancing bull stock market to once-in-a-century total solar eclipse across U.S., seventeen photos covered the impressive moments of Americans through out the year. They were typical faces of the Americans, epitomizing the year of 2017 and reflecting the duplicity of their lives. (Xinhua/Yin Bogu)