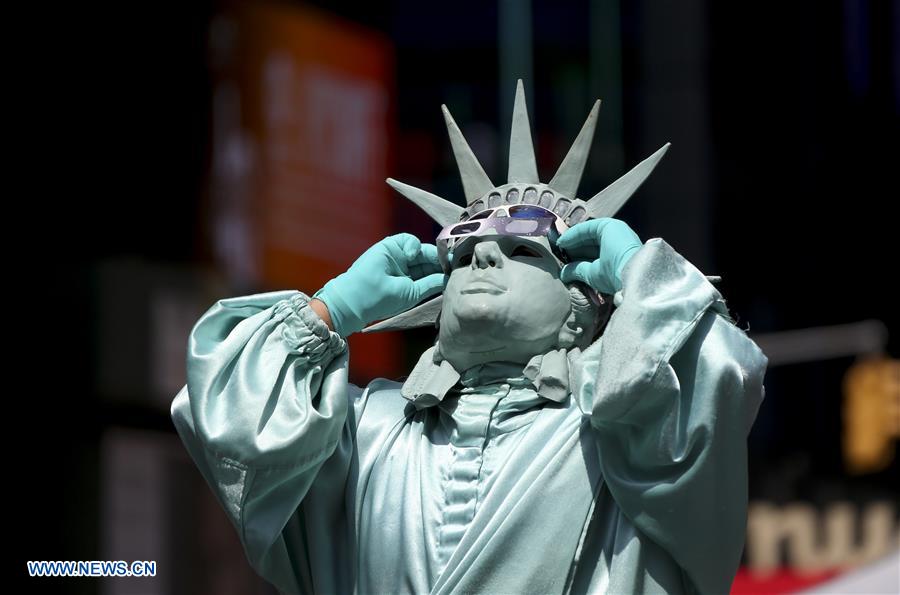 A man cosplaying the Statue of Liberty watches a partial solar eclipse in New York, the United States, Aug. 21, 2017. A once-in-a-century total solar eclipse swept across the continental United States on Aug. 21, 2017 creating a 70-mile-wide (112 kilometers) path of totality stretching from Oregon in the Pacific Northwest to South Carolina on the Southeast Coast. From Las Vegas' shooting spree to Manhattan's truck attack, from Texas' Hurricane Harvey to California's wildfires, from the advancing bull stock market to once-in-a-century total solar eclipse across U.S., seventeen photos covered the impressive moments of Americans through out the year. They were typical faces of the Americans, epitomizing the year of 2017 and reflecting the duplicity of their lives. (Xinhua/Wang Ying)