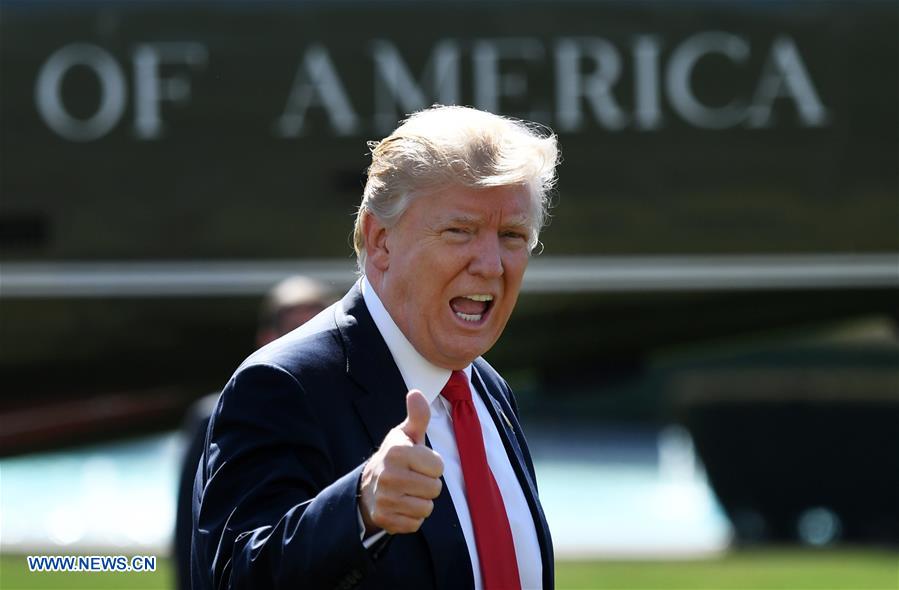 U.S. President Donald Trump walks to the Oval Office after returning to the White House in Washington D.C., the United States, Feb. 24, 2017. Trump rolled out his "America First" agenda in his first major speech since inauguration at a joint session of Congress on Feb. 28, 2017. "America must put its own citizens first ... because only then, can we truly make American great again," Trump said in his speech, resonating his campaign theme. From Las Vegas' shooting spree to Manhattan's truck attack, from Texas' Hurricane Harvey to California's wildfires, from the advancing bull stock market to once-in-a-century total solar eclipse across U.S., seventeen photos covered the impressive moments of Americans through out the year. They were typical faces of the Americans, epitomizing the year of 2017 and reflecting the duplicity of their lives. (Xinhua/Yin Bogu)