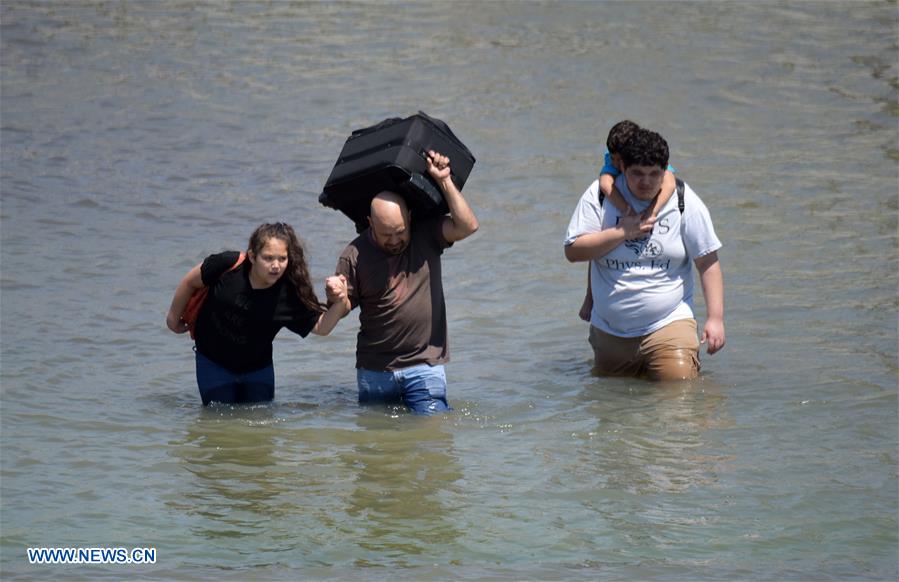 Residents walk on a flooded road when leaving their neibourhood in Port Arthur, Texas, the United States, Aug. 31, 2017. Harvey blew ashore on Aug. 25 2017 as the most powerful hurricane hitting Texas in more than 50 years, displacing hundreds of thousands of people and damaging some 200,000 homes in a path of destruction that stretches for more than 500 km. According to local government officials, at least 82 people died as a result of Hurricane Harvey. From Las Vegas' shooting spree to Manhattan's truck attack, from Texas' Hurricane Harvey to California's wildfires, from the advancing bull stock market to once-in-a-century total solar eclipse across U.S., seventeen photos covered the impressive moments of Americans through out the year. They were typical faces of the Americans, epitomizing the year of 2017 and reflecting the duplicity of their lives. (Xinhua/Yin Bogu)