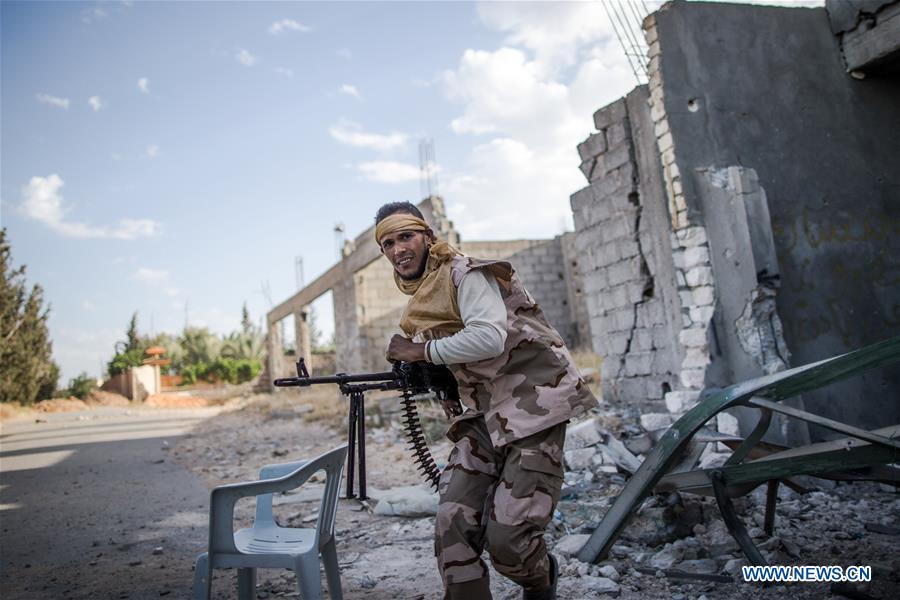 A fighter from forces of the UN-backed Libyan government is seen during clashes with Libyan National Army (LNA) troops at the Al-Yarmook frontline in Tripoli, Libya, on May 12, 2019. According to the World Health Organization, more than 400 people were killed and at least 2,000 wounded since early April, with 11 additional ambulances have been impacted or suffered collateral damage. (Xinhua/Amru Salahuddien)