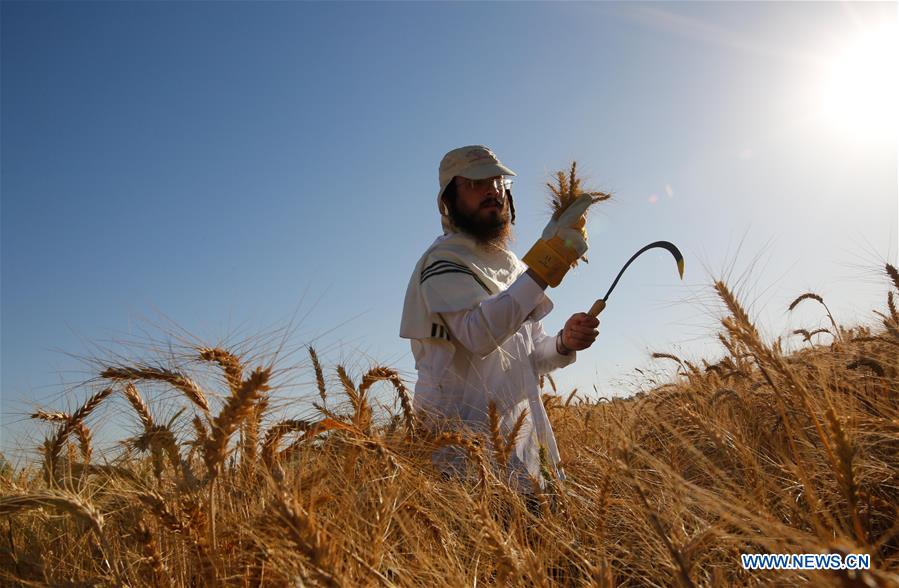 An ultra-Orthodox Jewish man harvests wheat in a field near the village of Sha'alvim in Modi'in, on May 13, 2019. Some 40 ultra-Orthodox Jews took part in an annual harvest ritual on Monday, collecting wheat that will later be used to make the traditional unleavened bread eaten during the holiday of Passover. (Xinhua/Gil Cohen Magen)