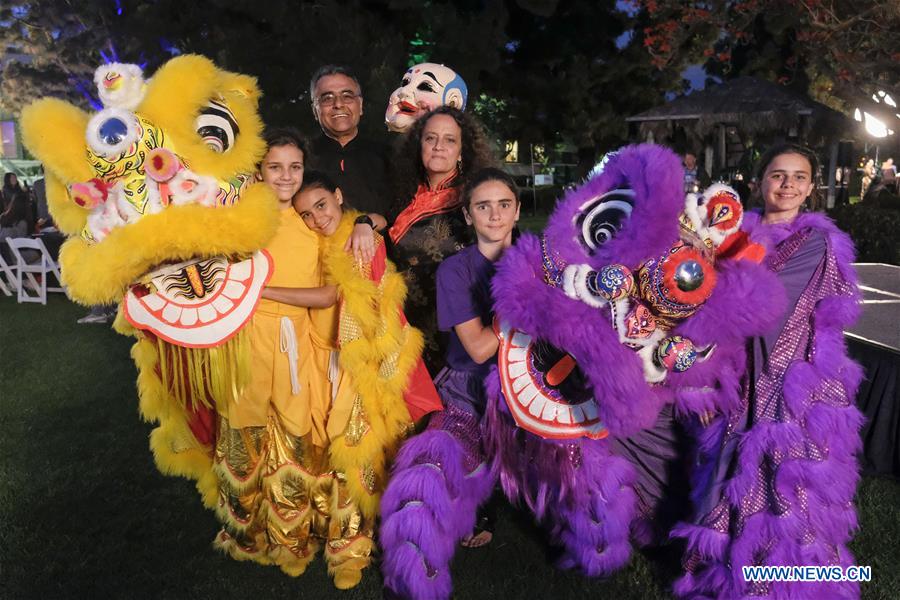 Family members of Abboud pose for a group photo after performing lion dance during the 12th National Chinese Language Conference in San Diego, the United States, May 9, 2019. The performance attracted more than 1,300 participants of the 12th National Chinese Language Conference held in the western U.S. city of San Diego on May 9-11, which is the largest annual gathering in the field of Chinese language and culture in North America. (Xinhua/Zhao Hanrong)