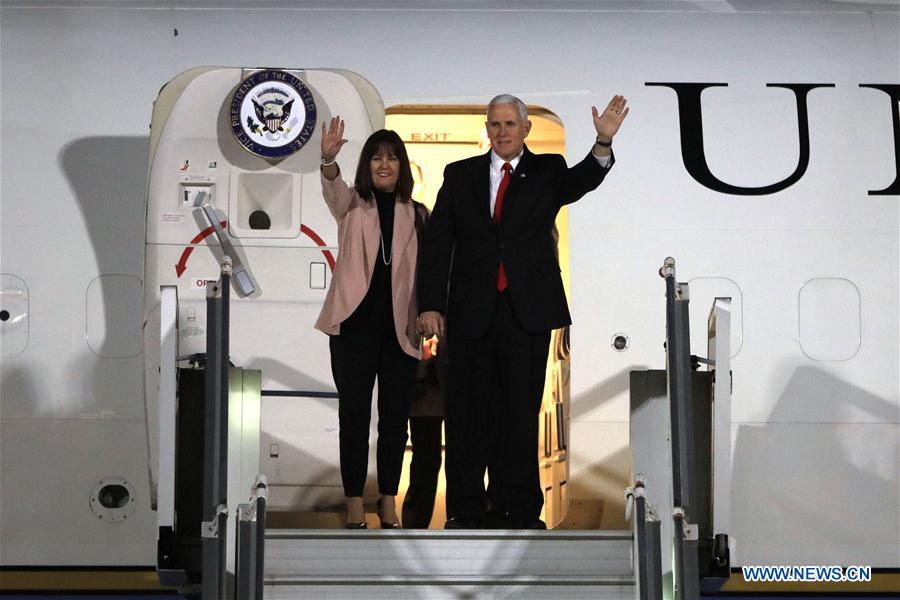 U.S. Vice President Mike Pence and his wife Karen Pence arrive at Marka airport of Amman, Jordan, on Jan. 20, 2018. King Abdullah II of Jordan said Sunday that the United States needs to rebuild trust to achieve the two-state solution that entails creating an independent Palestinian state with East Jerusalem as its capital. The king made the remarks at a meeting with visiting U.S. Vice President Mike Pence, during which the U.S. official said his country was committed to the two-state solution if it is agreed by both Israel and the Palestinians. (Xinhua/Mohammad Abu Ghosh)