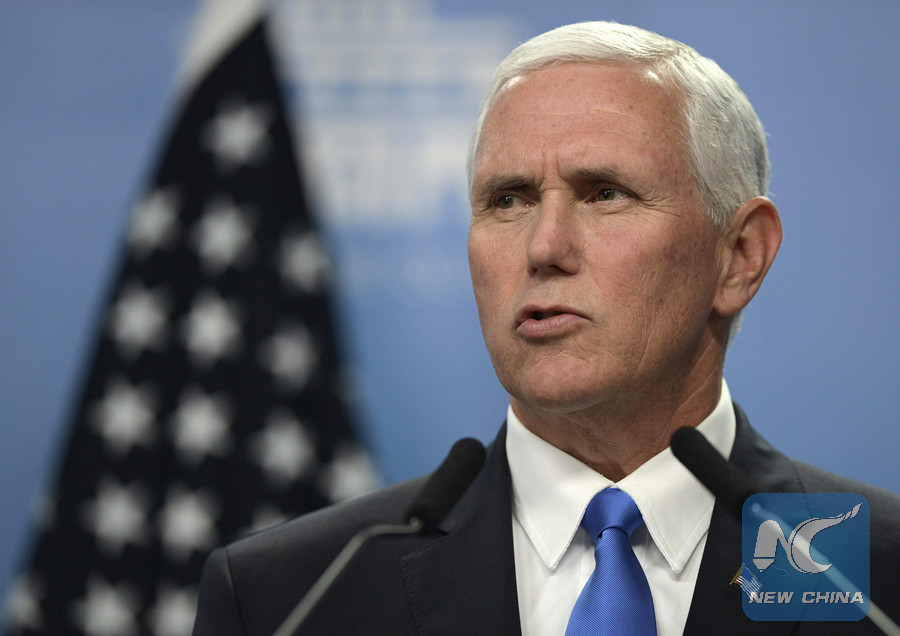 "Mike Pence's visit to the region is totally unwelcome since he is a blind supporter of Israel," says Osama Qawasmi, Fatah's spokesman in the West Bank. (AFP photo)

"Pence's visit to the region is totally unwelcome since he is a blind supporter of Israel," Osama Qawasmi, Fatah's spokesman in the West Bank, told Xinhua.

Qawasmi declared a general strike in the West Bank, Gaza Strip and East Jerusalem against the U.S. recognition of Jerusalem as Israel's capital.

He called on the Arab countries not to receive Pence in response to the U.S. declaration on Jerusalem and its decision to cut financial aid to the United Nations Relief and Works Agency for Palestine Refugees (UNRWA).

"There is no justification to receive the U.S. official, since his statement confirmed adoption of Jerusalem as the capital of Israel," said Fawzi Barhoum, a Hamas spokesman.

The U.S. official is scheduled to visit Egypt, Jordan and Israel over four days but will not meet with the Palestinians, reflecting an impasse in Trump administration's efforts to broker peace between them and Israel.

U.S. President Donald Trump announced last month the recognition of Jerusalem as the capital of Israel and the transfer of the embassy of his country to it, which drew widespread anger and criticism worldwide.

Tensions flared again ahead of Pence's trip when the United States announced Tuesday to withdraw 65 million U.S. dollars from a 125-million-dollar payment to UNRWA, which has been paid for decades for medical and educational assistance to Palestinian refugees.