-- In early 2014, China initiated a key strategy to coordinate the development of Beijing, Tianjin and Hebei -- a regional city cluster called "Jing-Jin-Ji" -- to create a model with a better economic structure, cleaner environment, and improved public services.

-- A prominent task of the "Jing-Jin-Ji" strategy is to move non-capital functions out of Beijing to treat "urban ills" in the Chinese capital, such as traffic jams and pollution. According to a guideline released in April 2015, the key sectors of politics, culture, international communication and technical innovation will be prioritized.

-- Over recent years, coordination in the "Jing-Jin-Ji" region has deepened with remarkable results, especially in the fields of industrial upgrading, traffic management and environmental protection.

BEIJING, Feb. 26 (Xinhua) -- The largest wholesale clothing market in Beijing, today notably quieter than its former bustling self, is speeding up its transformation into a national-level fintech demonstration zone after the integrated development of Beijing and neighboring areas was upgraded to a national strategy seven years ago.

In early 2014, China initiated a key strategy to coordinate the development of Beijing, Tianjin and Hebei -- a regional city cluster called "Jing-Jin-Ji" -- to create a model with a better economic structure, cleaner environment, and improved public services.

The malls at the market near Beijing Zoo, which is located in the downtown Xicheng District, have been shut down one by one since 2015, when the capital started purging itself of non-essential businesses to make way for high-end industries.

A prominent task of the "Jing-Jin-Ji" strategy is to move non-capital functions out of Beijing to treat "urban ills" in the Chinese capital, such as traffic jams and pollution. According to a guideline released in April 2015, the key sectors of politics, culture, international communication and technical innovation will be prioritized.

Over recent years, coordination in the "Jing-Jin-Ji" region has deepened with remarkable results, especially in the fields of industrial upgrading, traffic management and environmental protection.

A total of more than 2,800 manufacturing companies and polluting enterprises in Beijing have been shut down, and over 980 markets and logistics centers have been relocated since 2014, said the municipal government at a press conference on Thursday.

By 2020, the permanent resident population in the capital had been capped at 23 million, which was one of the mid-term goals set by the guideline in 2015.

Behind the impressive figures are the tremendous joint efforts of Beijing, Tianjin and Hebei.

A new auto plant of Beijing Hyundai has been put into use in Cangzhou, Hebei. As the largest industrial project launched in Hebei since the coordinated development of the three localities, it has brought more than 40 supporting companies to Cangzhou, creating an auto industry cluster in the city. 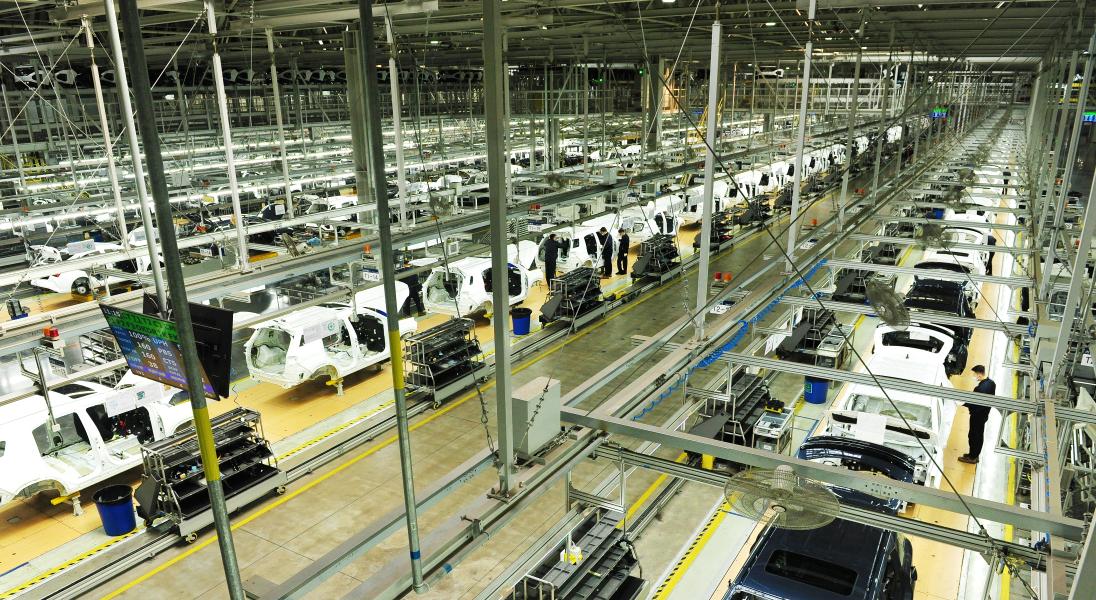 Over the past seven years, Hebei has accepted more than 24,771 legal entities transferred from Beijing and Tianjin, and signed contracts with over 40,000 merchants in wholesale markets, according to data from the provincial government.

In addition, Beijing's sub-center and Xiong'an New Area in Hebei are adding two new "wings" to Beijing and providing a Chinese solution to big city problems.

Beijing has shifted administrative departments of the municipal government to its sub-center -- Tongzhou District in the eastern suburbs, where a 1.28 million-square-meter underground transportation hub, the largest of its kind in Asia, is under construction, linking cross-regional and intercity railways, as well as several metro lines. 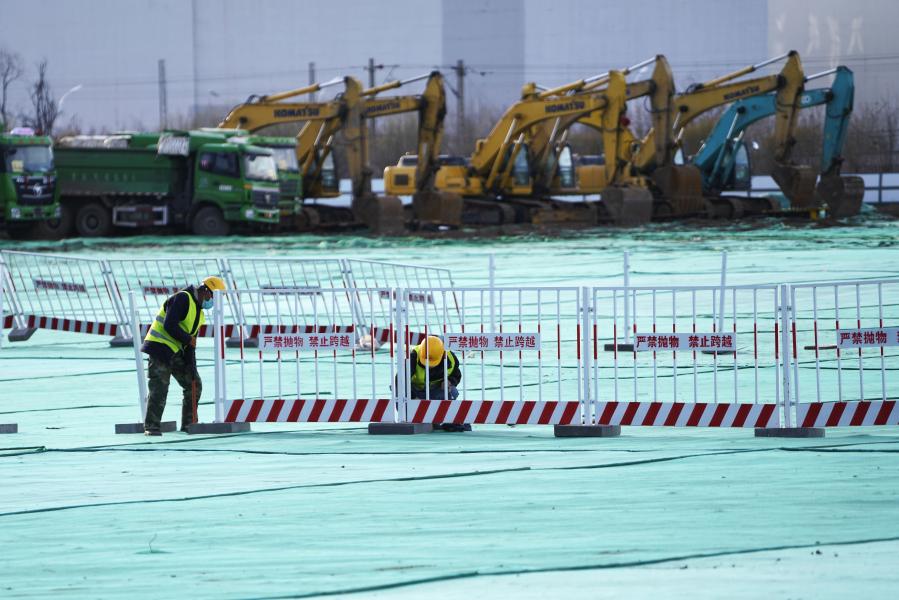 People work at the construction site of a transportation hub for Beijing's sub-center in Tongzhou District, March 10, 2020. (Xinhua/Xing Guangli)

"This is a landmark project for Beijing's sub-center construction and the coordinated development of the 'Jing-Jin-Ji' region," said Hu Jiulong, deputy director of the city's sub-center management committee.

Meanwhile, a number of science and innovation projects from Beijing have been implemented in Xiong'an, the location for many of Beijing's non-capital functions and relocated residents. In April 2017, China announced the establishment of the Xiong'an New Area. Chinese planners envisioned that by the middle of the century, Xiong'an would become a significant part of the world-class "Jing-Jin-Ji" city cluster. 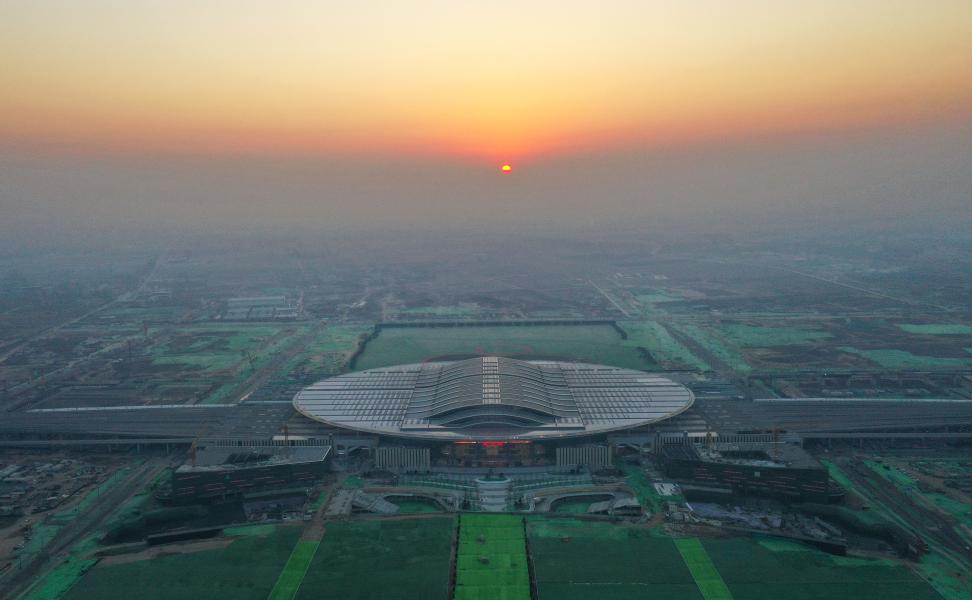 During the past seven years, Beijing, Tianjin and Hebei have made concerted efforts to promote industrial transfer and upgrading in the region.

Sino Innov Semiconductor (PKU) Co., Ltd., a high-tech company based in the city of Baoding, Hebei, and founded in 2016, is the result of an industrial collaboration between Beijing and Hebei. It is backed up by the technology industrialization of Peking University, incubated in the Baoding-Zhongguancun innovation base, funded by enterprises in Baoding and enjoys preferential policies from Baoding's government. 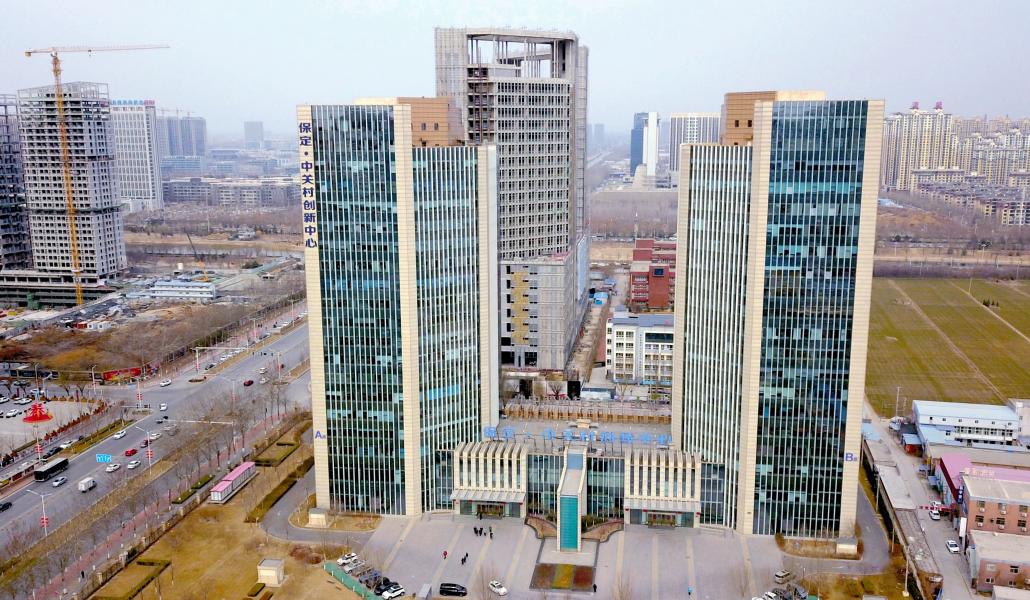 "Within four years, it has achieved a leap from experimental technology to industrial technology development and mass production," said Wang Lin, administration manager of the company.

Beijing's Zhongguancun, also known as China's Silicon Valley, now serves as an important source of technological innovation in the "Jing-Jin-Ji" region. By the end of last year, enterprises based in Zhongguancun had set up more than 8,600 branches in Tianjin and Hebei. The total turnover of Beijing's technology contracts flowing to the two localities exceeded 140 billion yuan (about 21.7 billion U.S. dollars).

The joint construction of innovation platforms has brought about continuous improvement in the innovation capacity of the region. According to a recent report by the Beijing Development Institute of Peking University, from 2013 to 2018, the regional collaborative innovation index increased more than fourfold, and the number of joint patents among the three localities rose by nearly 50 percent.

The regional coordination has also withstood the test of the ongoing COVID-19 outbreak.

After the epidemic hit the country early last year, Beijing Benz Automotive Co., Ltd. was in urgent need of auto parts from dozens of plants scattered in Tianjin's Wuqing District and Langfang in Hebei. Should the supply of auto parts be interrupted, the company and many other industrial chain enterprises would be affected.

The local governments in the "Jing-Jin-Ji" region cooperatively rolled out a series of response measures, including transporting workers who had returned home for the Chinese New Year back to their places of work, providing hotels for their quarantine, and ensuring smooth logistical flow, to help enterprises across the industrial chain resume operations.

"With the help of the local governments, we resumed normal production in a short time, and all the orders were delivered," said Zhu Xionglei, Party chief of a Langfang-based wiring harness company, a Beijing Benz supplier.

More convenient transportation is connecting Beijing, Tianjin and Hebei closer together, laying the foundation for the region's coordinated development.

Xing Hailiang is a truck driver who transports steel between Tianjin and Shijiazhuang, capital of Hebei, all year round. It was not until the end of last year, when a direct expressway between Tianjin and Shijiazhuang opened, that he no longer needed to make a costly detour. For a long time, there was no direct expressway or high-speed railway between the two cities.

"Now, by taking the direct expressway, I save more than an hour on a single trip, as well as about 200 yuan on tolls and fuel," said Xing. 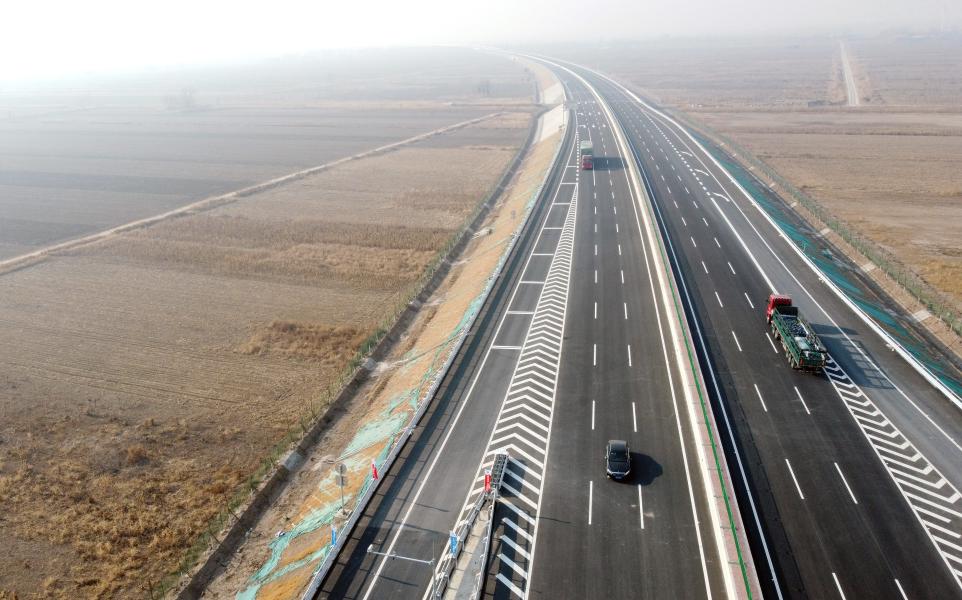 Over the past seven years, a total of 32 expressways connecting cities in the "Jing-Jin-Ji" region have been opened or expanded, stretching 2,005 km in length. More and more cities are joining the "one-hour traffic circle" in Beijing, Tianjin and Hebei, facilitating the rapid movement of people and goods in the region.

Meanwhile, the railway network in the region has taken shape as a batch of new rail projects were put into operation, such as the high-speed railway between Beijing and Zhangjiakou in Hebei and the one linking Beijing and Xiong'an. 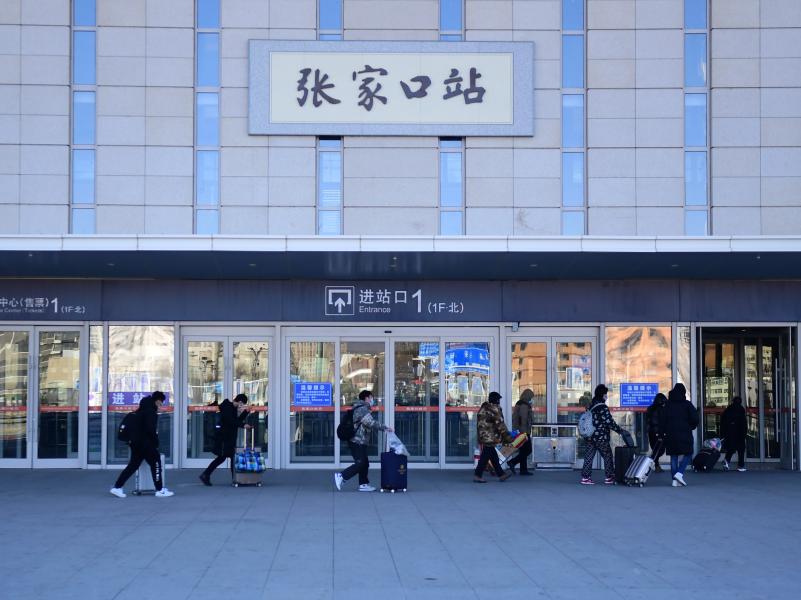 The coordination has also brought a cleaner environment to people in the region.

In just a few years, a total of 11.25 million households in Hebei villages have replaced their coal-fired boilers with electric heating and natural gas heating, making a notable contribution to the improvement of the local environment.

"The whole village used to be filled with the smell of coal soot during the winter heating season," said Shan Zengping, a resident in Ligezhuang Village, Hebei, adding that blue skies and white clouds are now a common sight in their village.

Last year, the average concentration of PM2.5 in Beijing, Tianjin and Hebei was 38, 48 and 44.8 micrograms per cubic meter, respectively, a drop of 50 percent or more compared with 2013. The share of days with good air quality in the three localities all stood at around 70 percent, the highest level since data was first collected in 2013.