-- China has written an "epic" in fighting COVID-19 and secured major achievements in coordinating epidemic control with economic and social development, Xi said.

-- Nearly 100 million rural residents living below the current poverty line have shaken off poverty over the past eight years, and all 832 poor counties have been lifted out of penury.

-- Xi said continued efforts will be made on the road to modernization and more glory.

Xi called for continued efforts to score more "glorious" achievements while delivering a televised New Year speech to ring in 2021, a year deemed crucial by the Chinese leadership as it will mark the 100th founding anniversary of the Communist Party of China (CPC) and kick off a 15-year endeavor to build China into a "modern socialist country."

China has written an epic in fighting COVID-19 as the country put people and life first and fought the epidemic with unity and perseverance, Xi said.

Numerous people including medical workers, scientists, community workers, volunteers and construction workers have devoted themselves to building an iron wall to safeguard lives, he said. 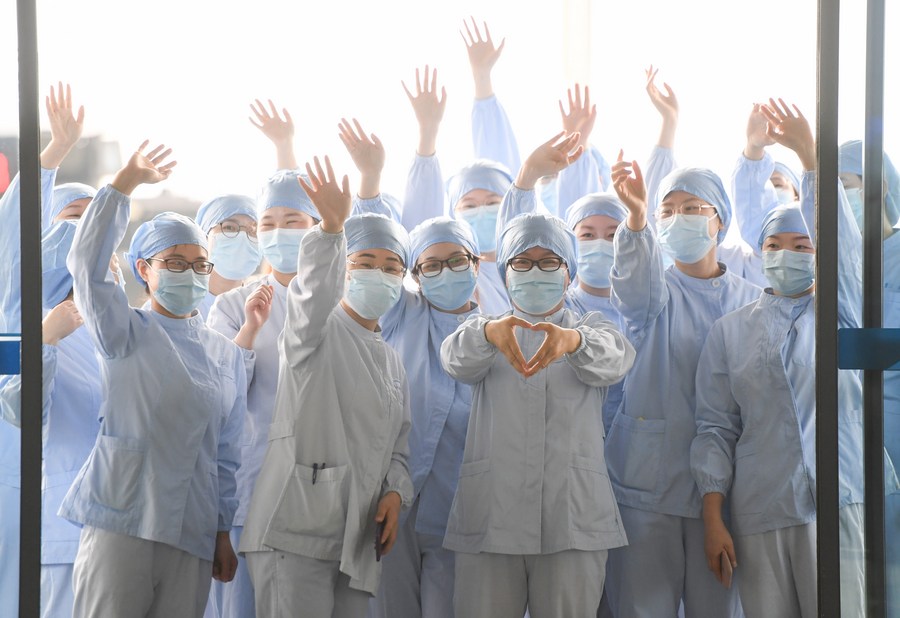 "Greatness is forged in the ordinary, and heroes come from the people. Every single person is remarkable," the president said.

Xi expressed sympathy to all the COVID-19 patients and saluted all the ordinary heroes. "I am proud of the great motherland and the people. I am proud of the unyielding national spirit," he said.

The president said China has overcome the COVID-19 impact and secured major achievements in coordinating epidemic control with economic and social development.

Overcoming challenges brought by COVID-19, China has become the first major economy in the world to register positive growth, and its GDP is expected to exceed 100 trillion yuan (about 15.38 trillion U.S. dollars) in 2020.

Xi also hailed the country's 17 consecutive years of bumper harvest in grain production, major scientific breakthroughs including its Mars mission and lunar probe, and its success in taming severe floods.

China has secured a great historic achievement for fully building a moderately prosperous society in all respects and a decisive victory in poverty eradication, Xi said.

In 2020, all of China's nearly 100 million impoverished rural residents living below the current poverty line have shaken off poverty after eight years' efforts, and all the 832 poor counties have been lifted out of poverty.

Xi said the country will continue to work hard to paint a magnificent picture of rural vitalization, and steadily march toward the goal of common prosperity.

He also vowed to further deepen reform and expand opening-up with greater vision and courage.

Noting that the eventful year has driven home the significance of building a community with a shared future for humanity, Xi said solidarity and cooperation against the virus have been the most discussed topic in his diplomatic phone calls and video conferences.

"People across the world should make joint efforts to drive away the dark clouds of the COVID-19 pandemic at an early date and build the planet Earth into a better home for all humanity," he said. 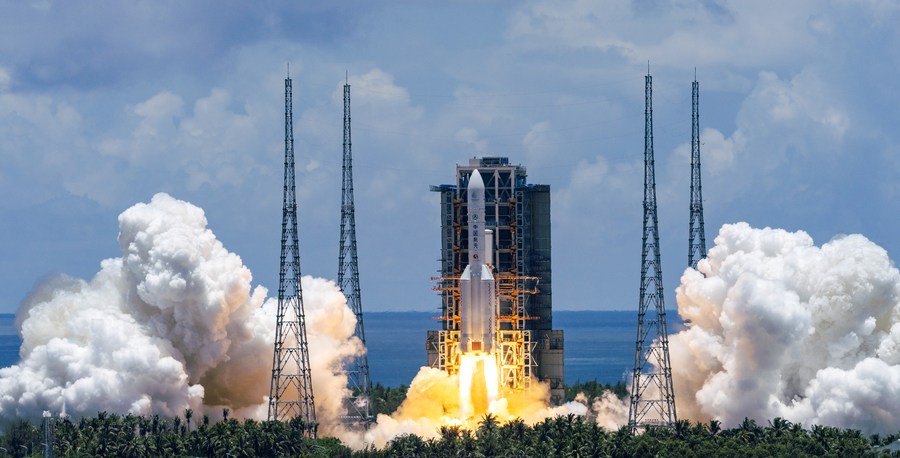 Highlighting the CPC centenary in 2021, Xi praised the Party as a gigantic vessel that navigates China's stable and long-term development.

"Upholding the principle of putting people first and remaining true to our founding mission, we can break the waves to reach the destination of realizing the great rejuvenation of the Chinese nation," he said.

After building a moderately prosperous society in all respects in 2020, China will embark on a new journey of development in 2021 and strive to achieve socialist modernization by the year 2035, according to the schedule designed by the CPC.

"The road ahead is long, and striving is the only way forward," Xi said.

"We will make continued efforts and forge ahead to make more glorious achievements," he said. ■