-- China will ban all imports of solid waste starting Jan. 1, 2021, due to environmental and health considerations;

-- China's refusal to accept foreign waste is believed to galvanize actions from developed nations to reduce their waste production;

-- China has been taking measures to help the recycling plants adapt to the change. 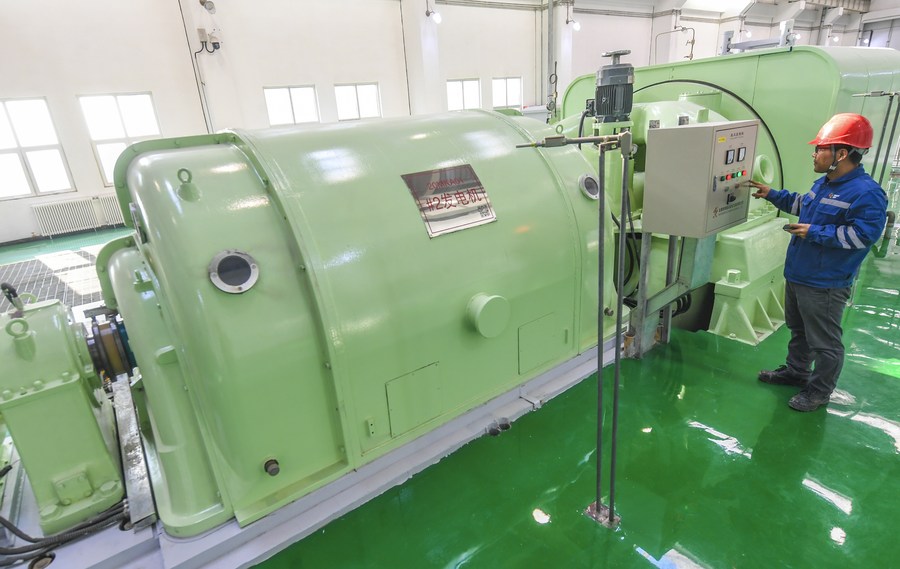 BEIJING, Dec. 5 (Xinhua) -- Once the world's biggest recipient of overseas trash, China will institute a sweeping ban on all imports of solid waste starting on the first day of next year, capping off three years of efforts to phase out such imports amid the country's steady push for a green shift.

Recycling foreign trash, such as plastics, paper and metals, has supported the growth of China's manufacturing sector and its economic takeoff for nearly four decades. The practice, however, has become increasingly untenable, with the harm caused to the environment and people's health jarring with the country's pursuit of high-quality growth.

As of mid-November, China's imports of solid waste this year came in at 7.18 million tonnes, down 41 percent year on year.

The plunge is consistent with the downward momentum seen since late 2017 when China tightened curbs on solid-waste imports. The figures for 2017 and 2018 stood at 42.27 million tonnes and 22.63 million tonnes, respectively, while in 2019 the figure dropped to 13.48 million tonnes.

The imminent total ban also applies to the dumping, stacking and disposal of solid waste products from overseas on Chinese territory.

"The victory of realizing the goal of zero imports of solid waste is in sight," said Qiu Qiwen, director of the department of solid waste and chemicals of the Ministry of Ecology and Environment (MEE). He expects the ban to end the Chinese recycling industrialists' addiction to waste dumped by developed countries, bringing the country's focus back to recycling more of the waste produced in the domestic market.

"This is good news!" tweeted Erik Solheim, former UN Under-Secretary-General and executive director of UNEP, in his reaction to China's waste imports ban. "This will force developed nations to be more innovative in taking better care of their own waste."

China began importing solid waste in the 1980s when its growing manufacturing base amplified the need for raw materials, which were in short supply. The recycling of imported waste helped to fill that gap.

From the mid-1990s to 2016, in parallel with China's economic ascent, its annual imports of solid waste grew from about 4 million tonnes to 46.5 million tonnes.

Developed countries like the United States, the United Kingdom and Japan have been the main sources. In 2016, China imported more than half of the world's solid waste.

Many obscure Chinese towns have been put on the map by their specialization in recycling. Guiyu township in south China's Guangdong Province became known as the world's e-waste capital. Dismantling over 1 million tonnes of imported electronics waste annually has made local people rich.

In the city of Taizhou, in east China's Zhejiang Province, 2 million tonnes of scrap metal was imported and recycled in one year at the peak of its recycling operations, creating 200,000 jobs. 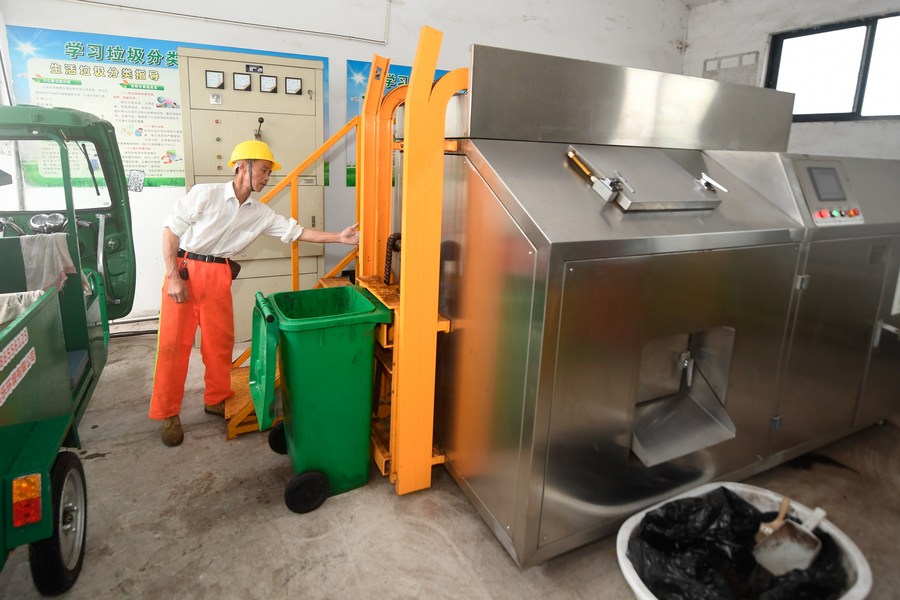 The recycling business is not all roses, however. What with unbridled expansion, illegal imports of substandard or even poisonous recyclables, inadequate oversight on disposals, and informal workshops that mainly rely on human hands to sort and clean garbage, China's rivers, air and land suffered from pollution and people got sick.

Over 90 percent of kids in Guiyu fell prey to heavy metal contamination, with high levels of lead in their blood being the most common in lab test results, according to a report that tracked the health of local children in the years from 2006 to 2013.

An investigation conducted by the Ministry of Environmental Protection (the MEE's predecessor) in 2017 found that more than 60 percent of inspected recycling facilities in China breached environmental laws.

With China now following a maxim illustrated by the slogan "lucid waters and lush mountains are invaluable assets," blind acceptance of foreign waste proves incongruent with the country's development aspirations, and it has to change. 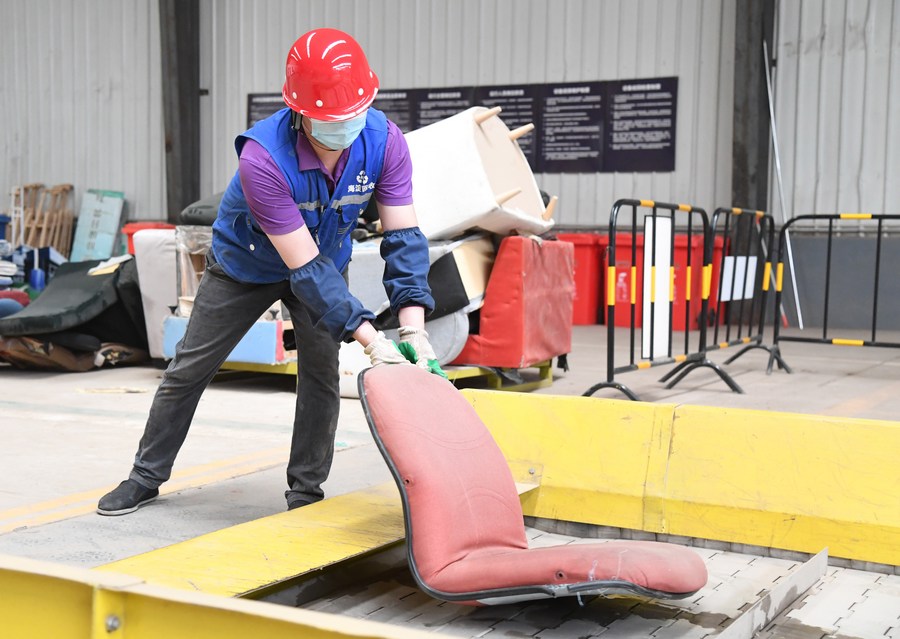 About 10 billion tonnes of solid waste are produced annually in China. This amount of waste, if poorly handled, will be a huge burden on the environment and mean a missed opportunity for putting domestic recyclables to good use.

China's ban on waste imports will undoubtedly have knock-on effects that will be widely felt. Already positive changes are being seen in China -- businesses are required to be more environmentally-friendly and people are embracing a more responsible lifestyle.

In Taizhou and Guiyu, after several years of joint efforts from the government and business-owners, informal workshops are gone, replaced by an integrated production base that clusters processing plants that use machines, heed regulations and employ more sophisticated recycling technologies. 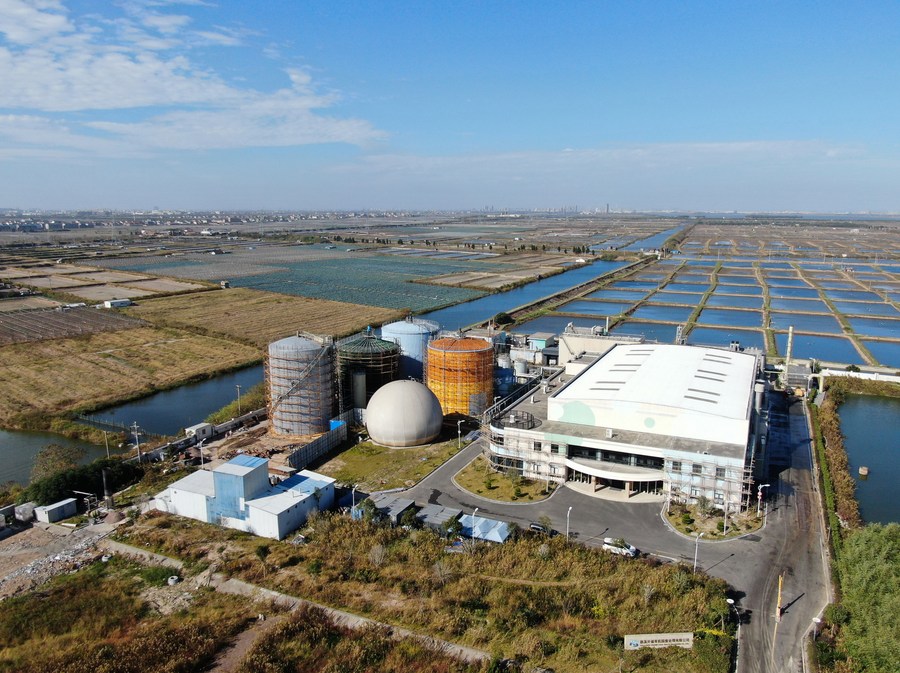 Ying Youcheng, board chairman of Zhejiang Judong Co., Ltd., has more than 30 years of recycling experience. His company used to focus on scrap metal dismantling, but has branched out to produce copper rods and aluminum ingots.

Aware of China's determination to wean off foreign imports, Ying's company has dutifully worked to move up the value chain and is now manufacturing water-heating valves.

In Taizhou, the local government has also fostered an alternative floral and botanical industry to help the scrap-metal demolition companies to change or diversify their businesses as waste imports dwindle.

In 2019, 11 cities and five areas in China were selected to pilot waste-free programs, which place a dual emphasis on reducing trash production at the source and increasing recycling.

Data from the MEE shows that China has invested more than 120 billion yuan (18.32 billion U.S. dollars) in over 500 projects and 900 missions in the waste-free programs, raising hopes for even cleaner cities.

As China phases out waste imports, some of the world's major waste exporters are also taking action to wind down their waste production.

In the United Kingdom, a new tax will take effect starting April, 2022, which applies to plastic packaging, whether imported or produced in the country, that does not contain at least 30 percent recycled plastic. The EU will also levy a plastic-packaging tax starting next month.

Despite the merits and promises of the waste import ban, experts have advised continued support for the waste processing plants to tap into the vast domestic market.

The Shenzhen-headquartered Qianzhan Industry Research Institute has underscored the importance of fund support. The majority of the recycling companies in China are small and medium-sized, and so often lack the capital to invest in technologies and attract talent, making it difficult for them to be creative, competitive and grow, Qianzhan said in a report.

More collection points near residential communities should be set up to make it easier for the recyclable waste to be collected and utilized, said Ding Guopei, board chairman of Zhejiang Hehe Environmental Resources Co., Ltd. 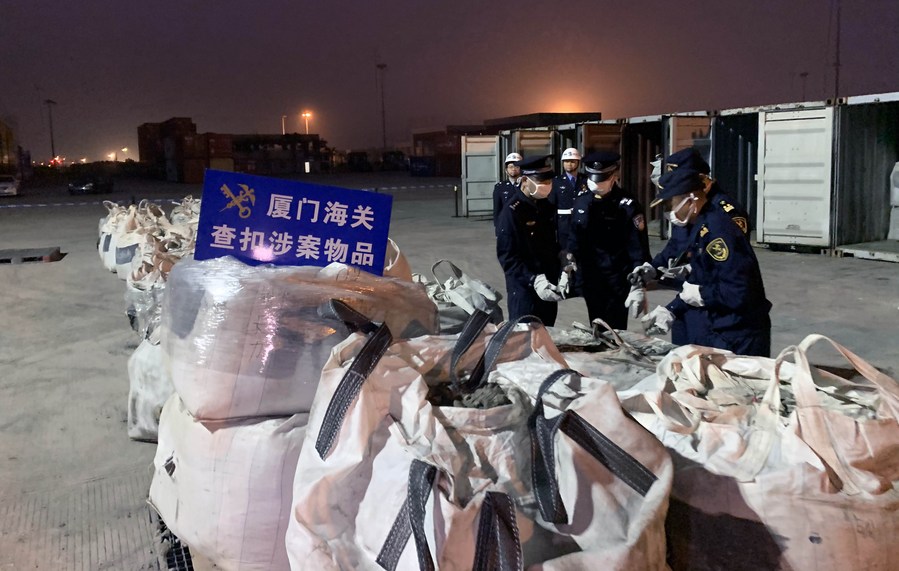 Meanwhile, as bulk smuggling of foreign garbage has diminished amid the country's crackdown efforts, more disguised forms of smuggling, usually in small quantities, are emerging, requiring the authorities to step up their game.

For example, items such as display screens and used phones are easy to disassemble and transport separately. It is hard to intercept the sporadic smuggling of such waste, said Zhang Hong, an official with the Shenzhen customs.

China will not relent its efforts to crack down on smuggling of foreign waste and any violations of the import ban will be severely punished, said Qiu, the MEE official.