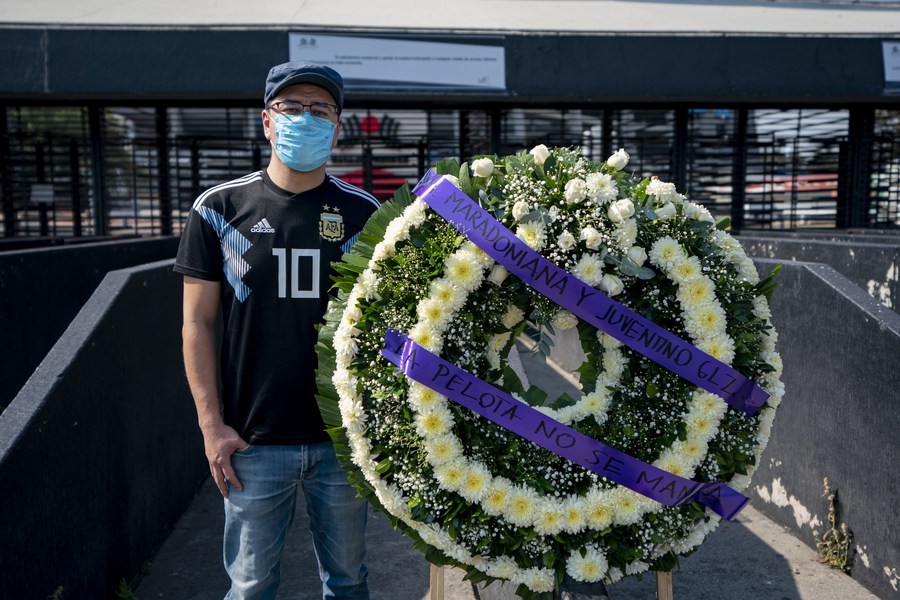 Diego Maradona, the football legend who guided Argentina to the 1986 World Cup title, died on Wednesday after suffering a cardiac arrest. He was 60.

BUENOS AIRES, Nov. 25 (Xinhua) -- Diego Maradona, the football legend who guided Argentina to the 1986 World Cup title, died on Wednesday after suffering a cardiac arrest. He was 60.

Maradona's spokesman, Sebastian Sanchi, said the former forward passed away at his home in Tigre, north of Argentina's capital Buenos Aires, where he was recovering after undergoing brain surgery earlier this month.

The news sparked an outpouring of emotion as the Argentine government declared three days of mourning.

"You took us to the highest point in the world, and made us immensely happy," President Alberto Fernandez said in a tweet. "You were the greatest of all. Thank you for having been with us, Diego. We will miss you all our lives."

Maradona made his professional debut for Argentinos Juniors in October 1976, 10 days before his 16th birthday. He made his full international debut four months later but was left out of the Argentina squad for the 1978 World Cup because coach Cesar Luis Menotti felt he was not ready.

An advanced playmaker, Maradona quickly earned a reputation as gifted dribbler whose vision, balance and ball control stood him apart from his peers. 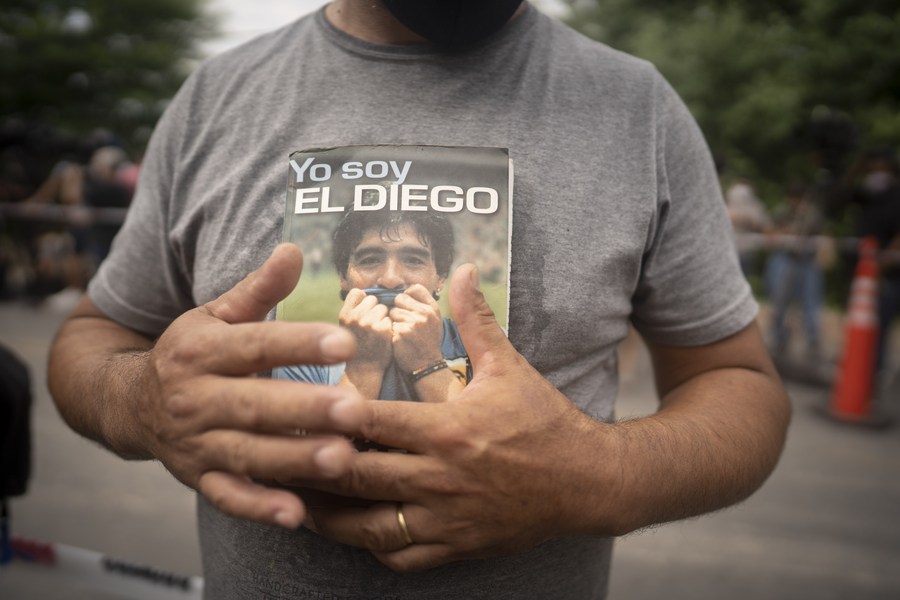 After more than four years at Argentinos Juniors, Maradona moved to Boca Juniors, where he scored 28 goals in 40 appearances before earning an eight million US-dollar transfer - then a world record - to Barcelona.

His time in the Catalan capital was marred by injuries and a bout of hepatitis. After 38 goals in 58 games, Maradona left the Blaugrana to join Napoli for another world record fee of 10.5 million US dollars in July 1984.

It was with the Serie A outfit that Maradona enjoyed his peak years, both at club and international level.

Less than two years after arriving in Italy, he inspired Argentina to victory at the 1986 World Cup in Mexico. Arguably the most iconic moment of his career - the infamous Hand of God goal - came during Argentina's quarterfinal against England, when he intentionally used his left hand to punch the ball into the net.

Four minutes later, he ran more than half the length of the Azteca Stadium pitch, slaloming past four defenders and then rounding goalkeeper Peter Shilton to strike again in what was quickly dubbed the goal of the century.

However, Maradona's dizzy success on the pitch coincided with a grim battle off it, as he grappled with drug and alcohol addiction.

In 1991, he was banned for 15 months after a failed doping test, and it was at this time that his cocaine habit became public knowledge. 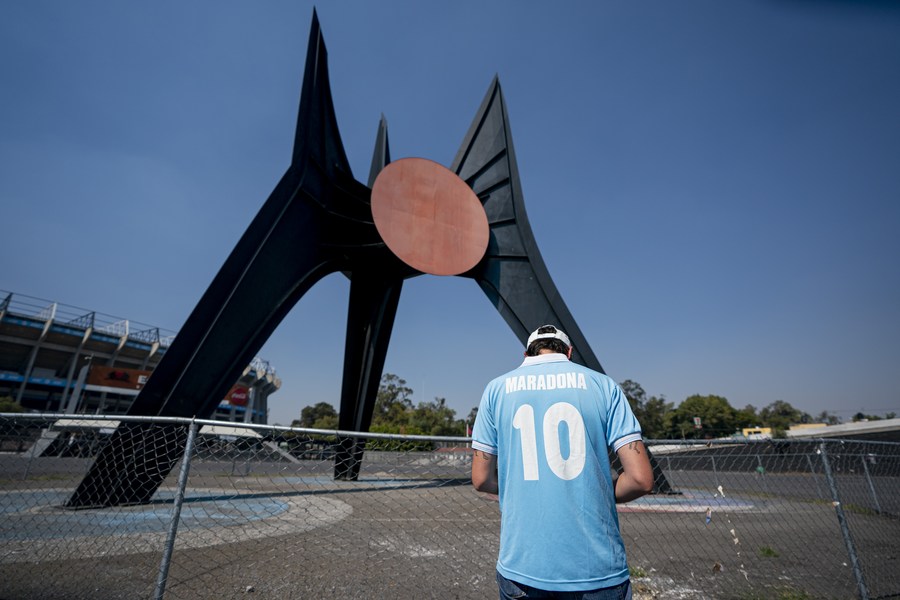 He left Napoli the following year to join Sevilla but was unable to recapture his best form during a 12-month spell at the Spanish club. Maradona returned to Argentina in 1993 to play for Newell's Old Boys before finishing his career at Boca Juniors, where he made just 30 appearances and scored seven goals over two seasons.

Despite failing to reach the heights of four years earlier, Maradona helped the Albiceleste reach the final of the 1990 World Cup in Italy, which they lost to West Germany. That tournament was to be his last meaningful contribution to Argentina's national team as a player.

His international career ended when he was expelled from the next World Cup in the United States following a positive ephedrine test.

Maradona turned to coaching after his retirement. He was appointed Argentina manager in 2008 but was sacked less than two years later after the Albiceleste's 4-0 loss to Germany in the quarterfinals of the 2010 World Cup in South Africa.

In his later years, Maradona struggled with a series of health issues. In 2004, he was hospitalized with severe heart and respiratory problems related to drug use. He also underwent two gastric bypass operations to control his weight and received treatment for alcohol abuse.

In 2019, Maradona had surgery to stop bleeding in his stomach and also underwent a knee operation.

On November 2, just three days after his 60th birthday, he was admitted to hospital with what was initially thought to be dehydration and anemia. Subsequent examinations identified a subdural haematoma, a pool of blood between a membrane and his brain, and doctors performed emergency surgery the next day. Maradona was discharged from hospital on November 11 to convalesce at a house near his older daughters. ■