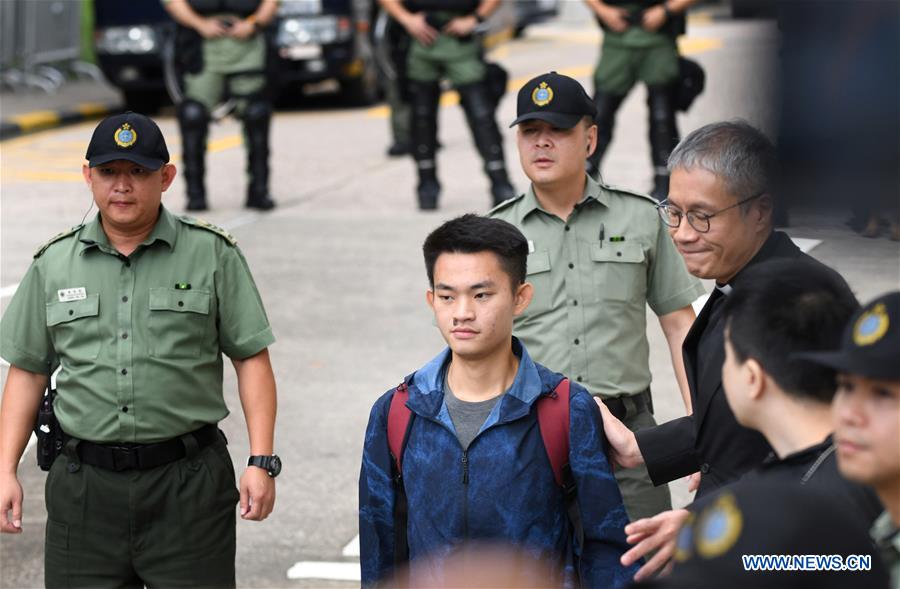 Chan Tong-kai, the suspect of a homicide case in China's Taiwan, is released from a prison in Hong Kong, south China, on Oct. 23, 2019. Chan was released here Wednesday morning from a prison in Hong Kong, saying he is willing to surrender to Taiwan. Following Chan's release, the HKSAR government's Secretary for Security John Lee said that Chan has already indicated willingness to surrender after his case in Hong Kong has been concluded, and the HKSAR government will of course be offering what is possible under HKSAR legal system the information that is requested by the Taiwan authorities. (Xinhua/Lu Hanxin)