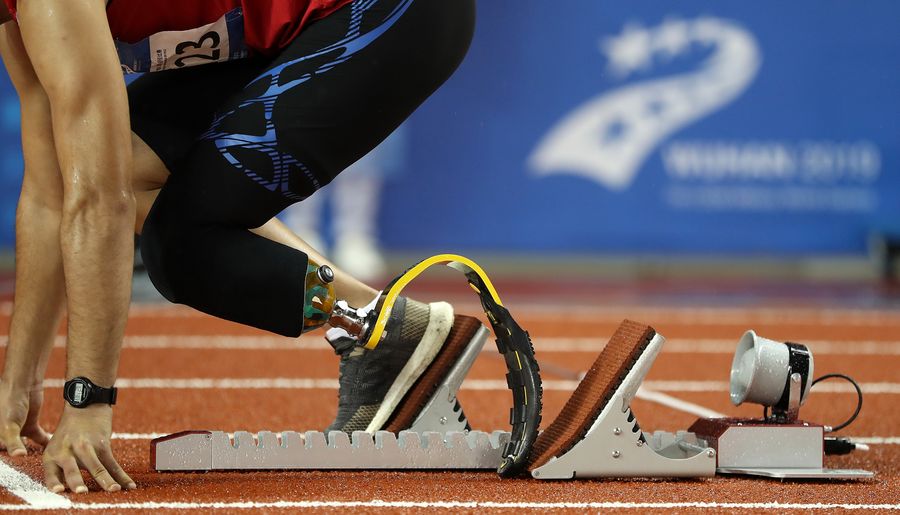 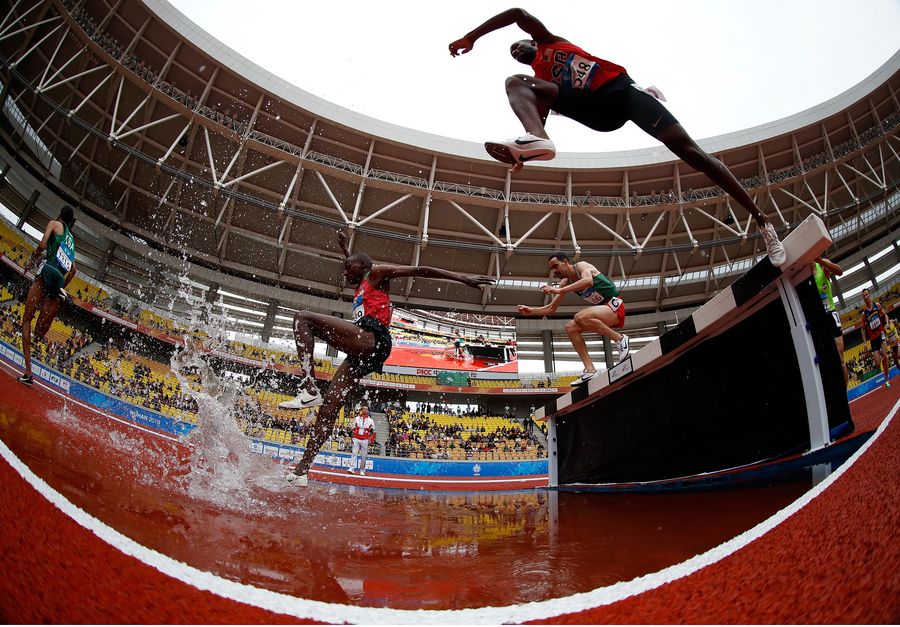 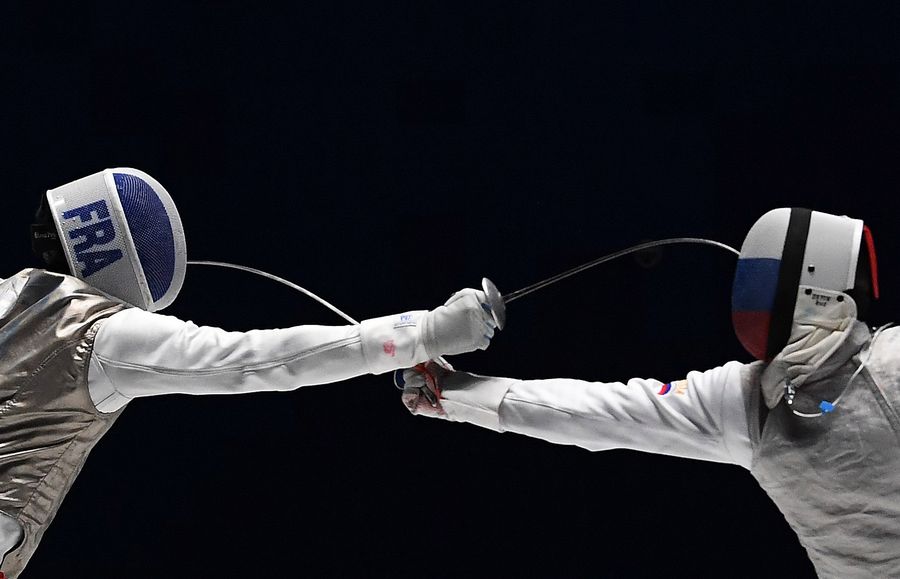 Timur Safin (R) of Russia competes with Enzo Lefort of France during the team competition of the men's foil of fencing at the 7th CISM Military World Games in Wuhan, capital of central China's Hubei Province, Oct. 22, 2019. (Xinhua/Wan Xiang) 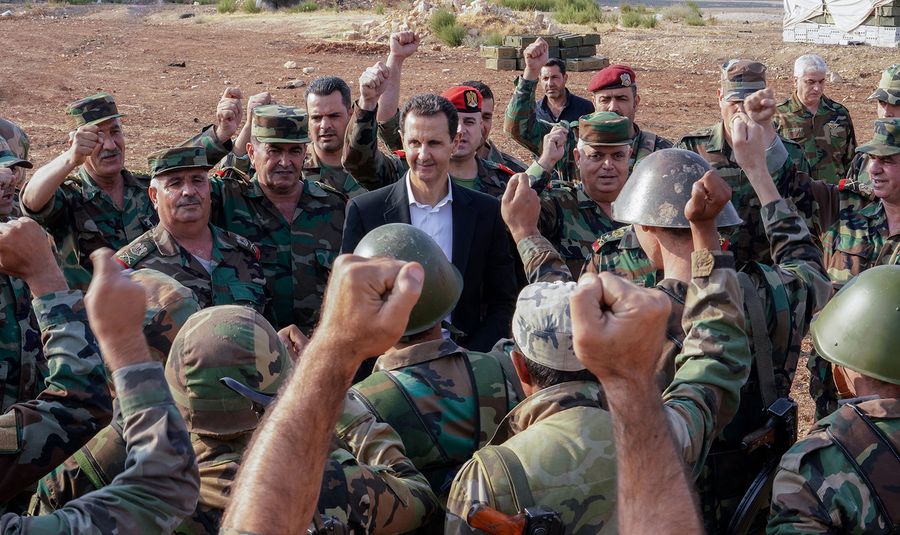 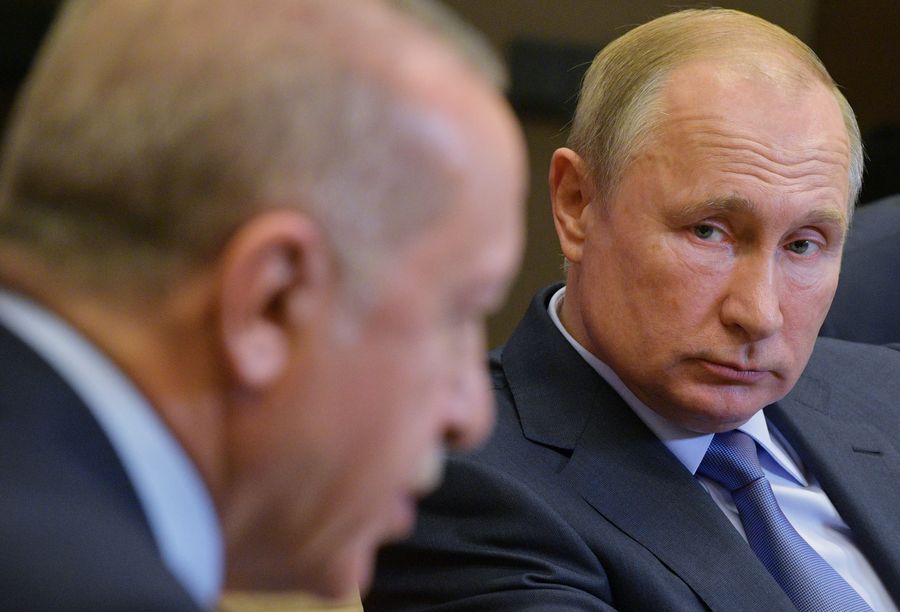 Russian President Vladimir Putin (R) listens to Turkish President Recep Tayyip Erdogan during their meeting in Sochi, Russia, on Oct. 22, 2019. Russia and Turkey have adopted a joint memorandum on the situation in Syria after the talks between Russian President Vladimir Putin and his Turkish counterpart Recep Tayyip Erdogan in Sochi. According to the memorandum, Moscow and Ankara have agreed to deploy Russian and Syrian forces in zone of the Turkish operation in Syria starting from Wednesday. (Sputnik via Xinhua) 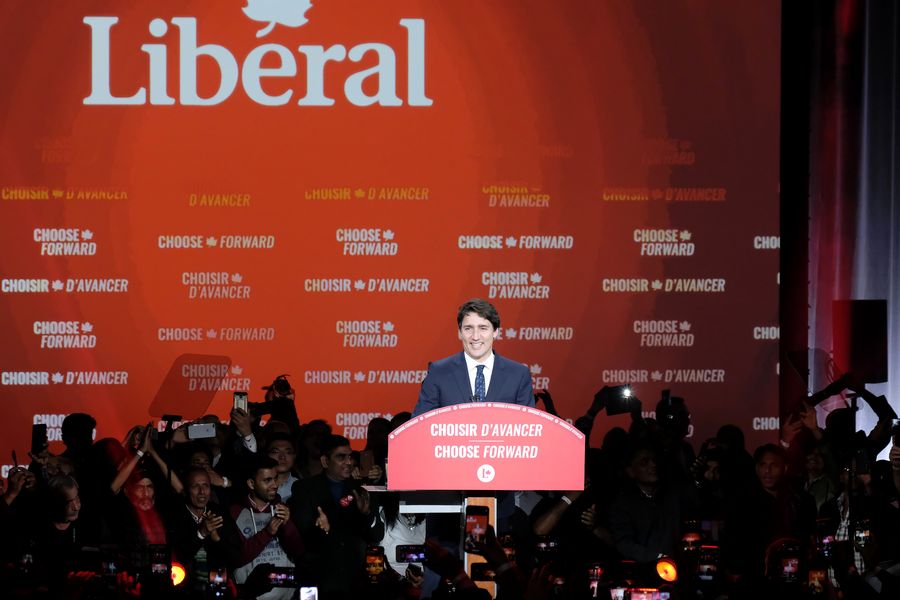 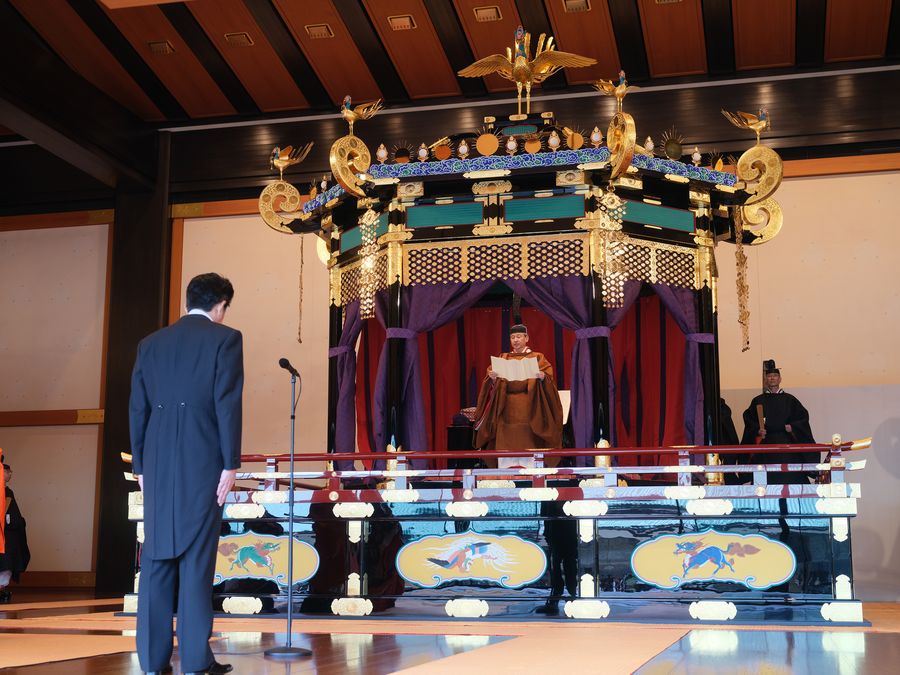 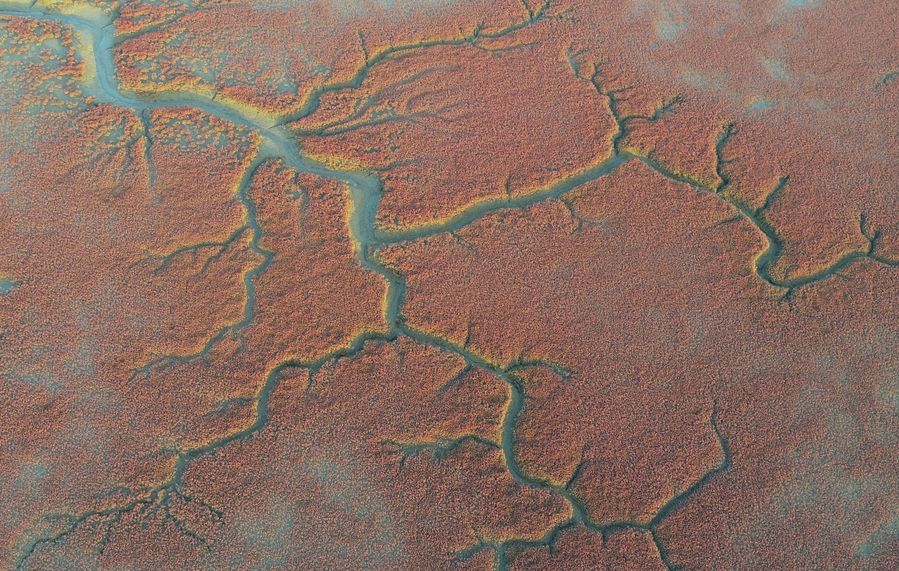 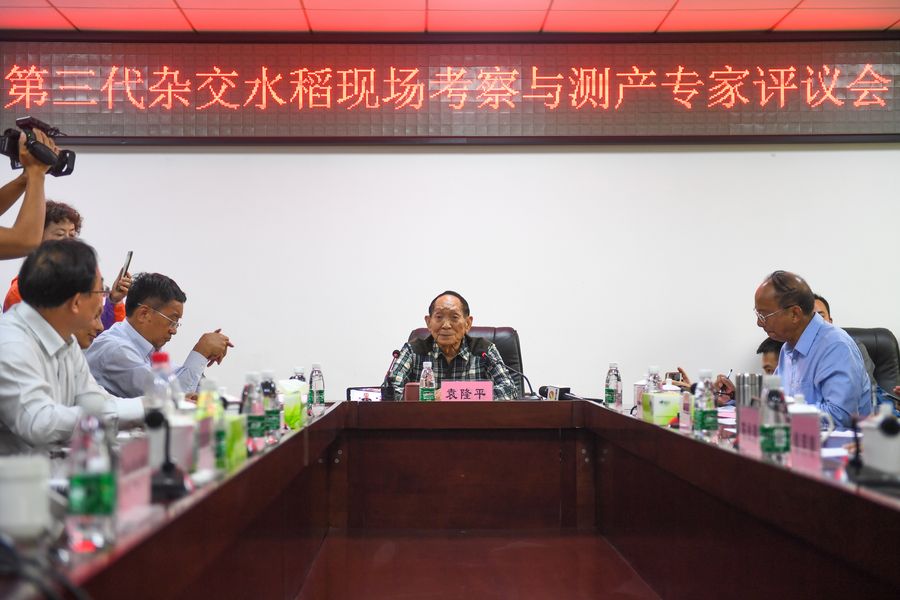 Photo taken on Oct. 22, 2019 shows Yuan Longping (C), the "father of hybrid rice", at an appraisal meeting in central China's Hunan Province. The third-generation hybrid rice developed by Yuan Longping, the "father of hybrid rice," and his team underwent its first public yield monitoring from Monday to Tuesday and achieved high output. The final yield of the tested variety, G3-1S/P19, came to 1,046.3 kg per mu (about 667 square meters), based on two plots of land in Qingzhu Village under the city of Hengyang in Hunan. (Xinhua/Chen Zeguo) 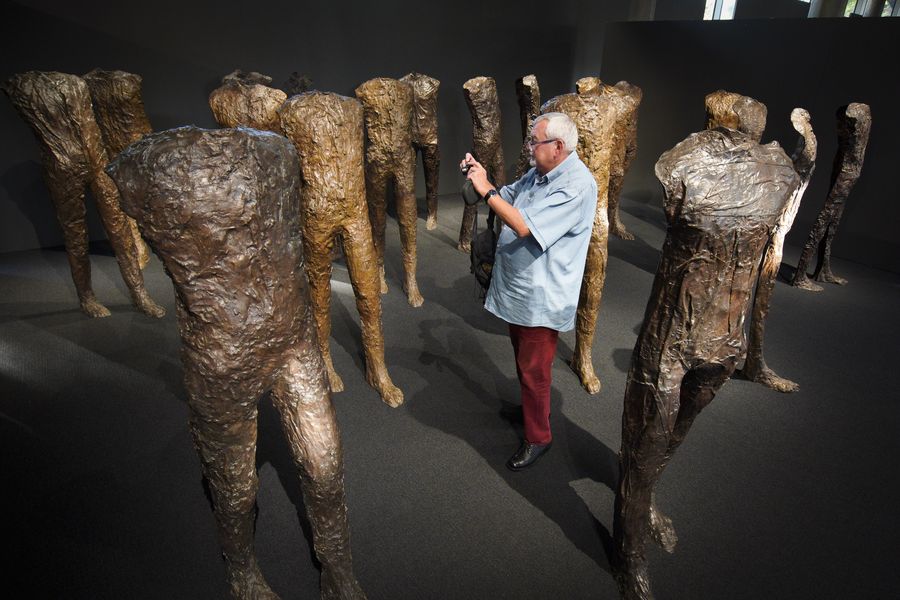 A visitor takes photos of a set of bronze figures named "Caminando" by artist Magdalena Abakanowicz at the Desa Unicum gallery in Warsaw, Poland, Oct. 21, 2019. The set of sculptures "Caminando" by artist Magdalena Abakanowicz and a sculpture "Dancer with the finger on the chin" by Antonio Canova are to be auctioned at the end of this month. (Photo by Jaap Arriens/Xinhua) 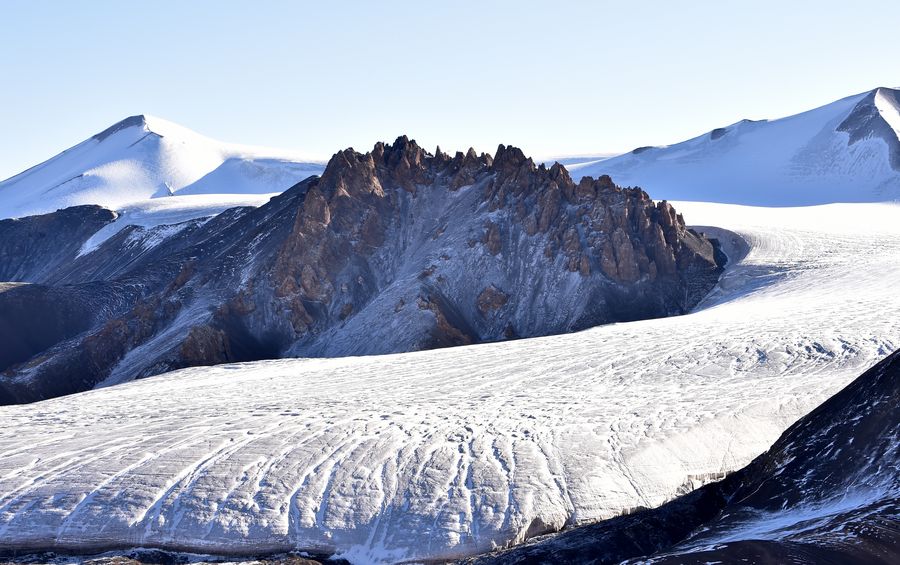 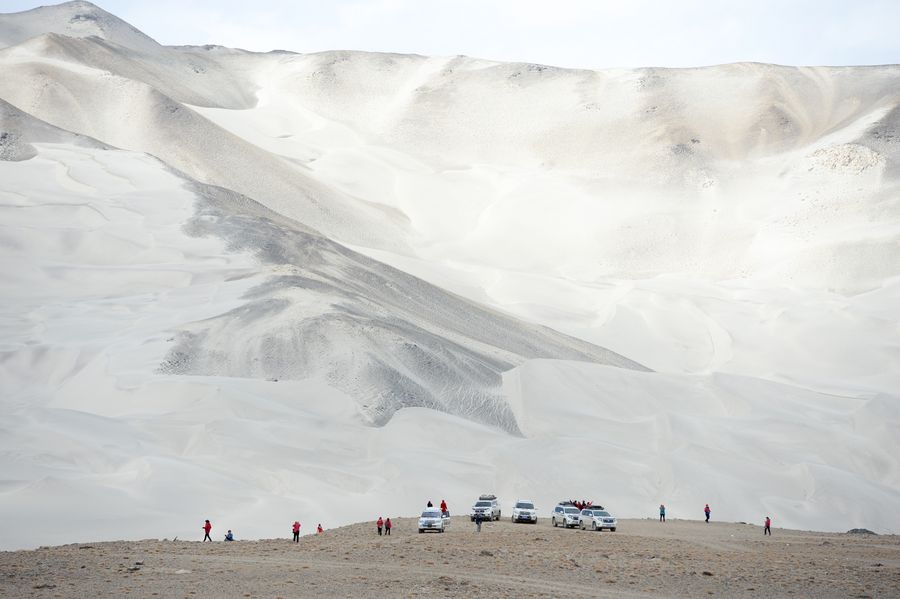 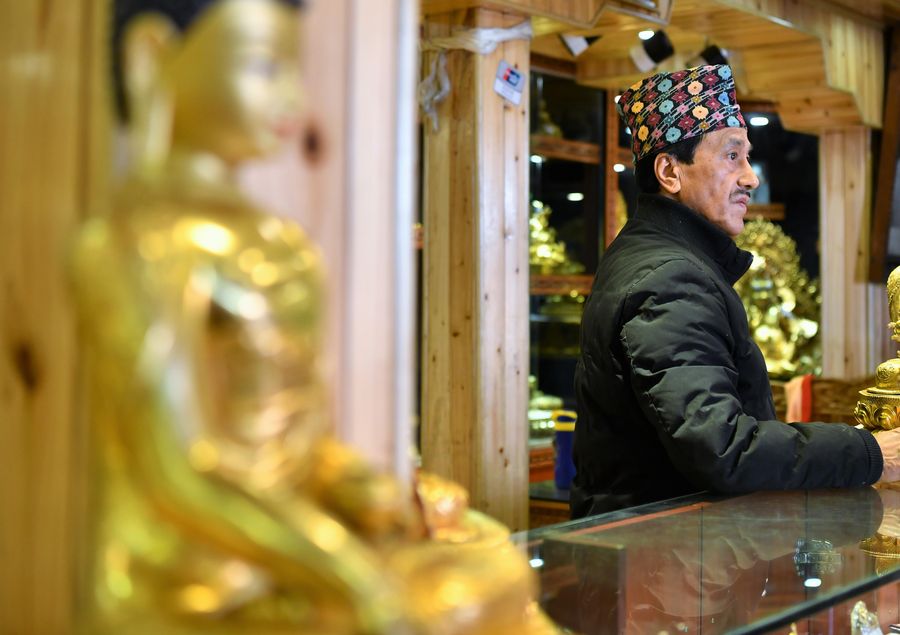 Ratna Kumar Tuladhar, a Nepali merchant and owner of Syamukapu Nepali Shop, is seen in his shop in Lhasa, southwest China's Tibet Autonomous Region, Oct. 14, 2019. Covering an area of no more than 100 square meters, a century-old store catches the eyes of pedestrians in Barkhor Street in central Lhasa, with its traditional Tibetan furnishing on the front and a sign inscribed with the name in Tibetan, Chinese and English -- Syamukapu Nepali Shop. (Xinhua/Li Xin)

A Volocopter air taxi flies over Marina Bay in an urban test flight during the 26th Intelligent Transport Systems (ITS) World Congress in Singapore, on Oct 22, 2019. (Xinhua/Then Chih Wey)■