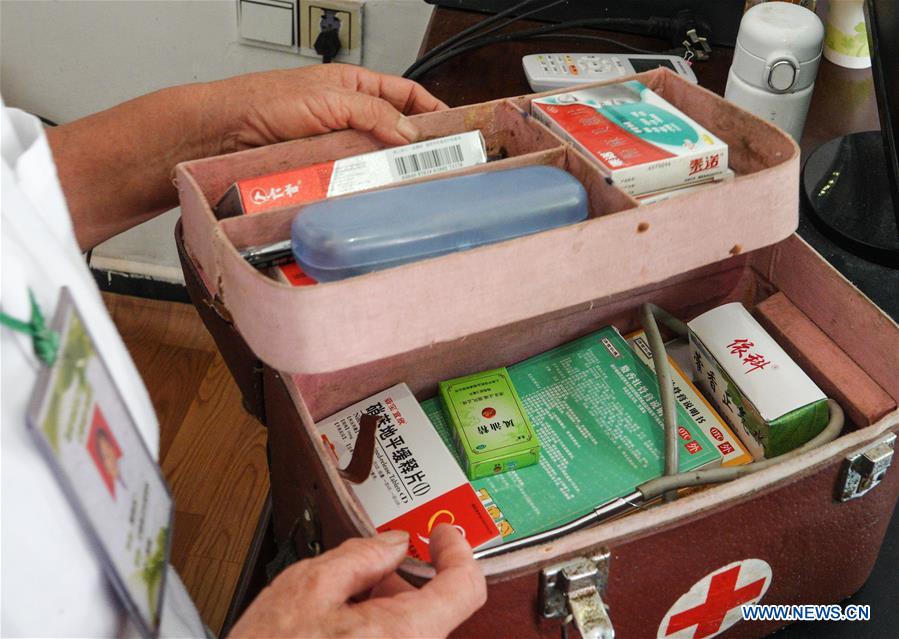 Gao Yinshui prepares her medicine chest in Lixin Village of Meiling Town in Wanli District of Nanchang City, east China's Jiangxi Province, Aug. 8, 2019. Almost every day in the past four decades, 69-year-old village doctor Gao Yinshui walks for miles on mountain roads to see her patients in nine different villages. At the end of 1970, Gao's mother had an emergency and was lucky to be saved by a local rural doctor. Becasue of that, Gao Yinshui gave up the opportunity to be a teacher and chose to become a rural doctor. However, she has no medical foundation. In order to master medical knowledge and skills as soon as possible, Gao works while studying in township health center and participating in clinical practice and reads medical books to broaden medical knowledge in the evening. After Gao made herself a doctor, she had been providing medical help for more than 1,500 villagers. Encouraged by Gao, her grandson also studies medicine and is likely to carry on Gao's cause. (Xinhua/Yang Lei)