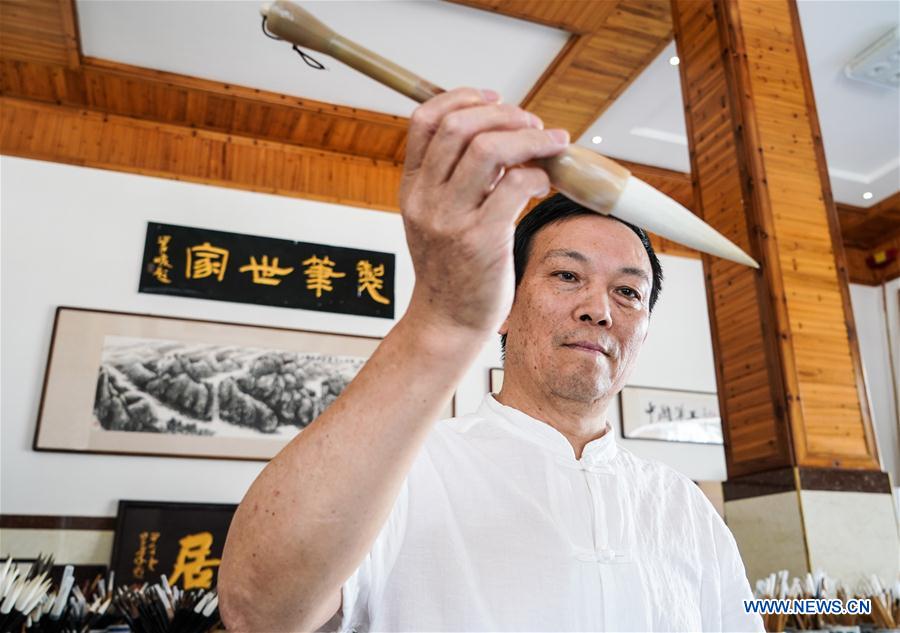 Brush pen craftsman Zhou Pengcheng checks a brush pen at his workshop in Wengang Township of Jinxian County, east China's Jiangxi Province, Aug. 8, 2019. Zhou Pengcheng, a 65-year-old brush pen craftsman in Wengang Township noted as "The Capital of Brush Pen in China", has been devoting himself to brush pen making since the age of 8. As the inheritor of traditional skills of making Wengang Brush Pen, an intangible cultural heritage of east China's Jiangxi Province, Zhou not only inherited the traditional techniques but also innovated the methods of making brush pen. To better pass on the making techniques of brush pen, Zhou has endeavored to receive and train apprentices and the younger generation of his family. (Xinhua/Li Bo)