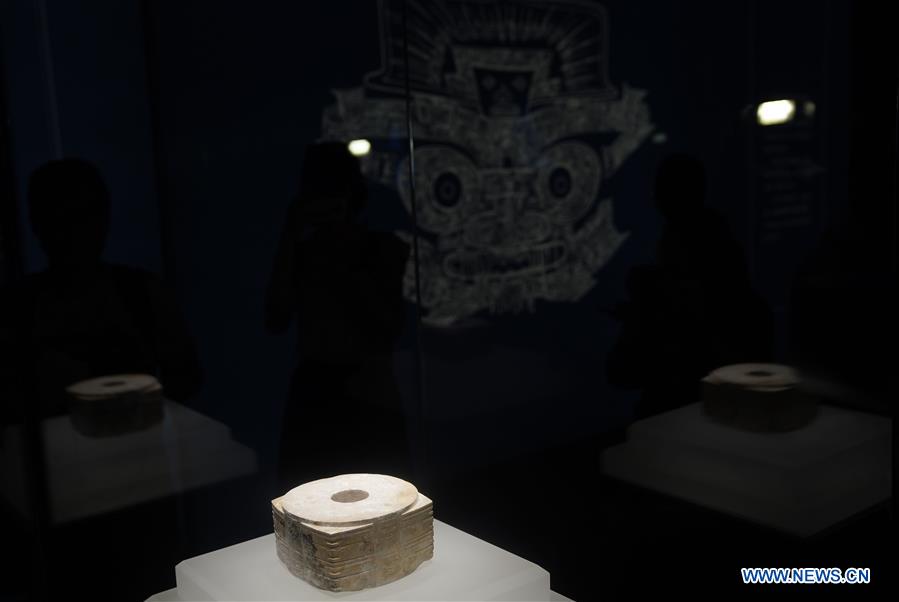 Photo taken on July 16, 2019 shows cong (jade tubes with quadrilateral exteriors) at an exhibiton featuring China's newly elected UNESCO World Heritage site, the Archaeological Ruins of Liangzhu City, at the Palace Museum in Beijing, capital of China. The exhibition, which opened on Tuesday, titled "Liangzhu and Ancient China: The 5,000-Year Civilization Demonstrated by Jades," will showcase a total of 260 items. A variety of jade objects, such as cong (jade tubes with quadrilateral exteriors), bi (jade disks), and yue (axe-shaped jade) will be displayed, as jade contains the essence of Liangzhu civilization. With four parts, the exhibition aims to reflect features of an early regional state of Liangzhu civilization and its influence on later culture, as well as explain the significance of Liangzhu to the Chinese civilization. (Xinhua/Jin Liangkuai)