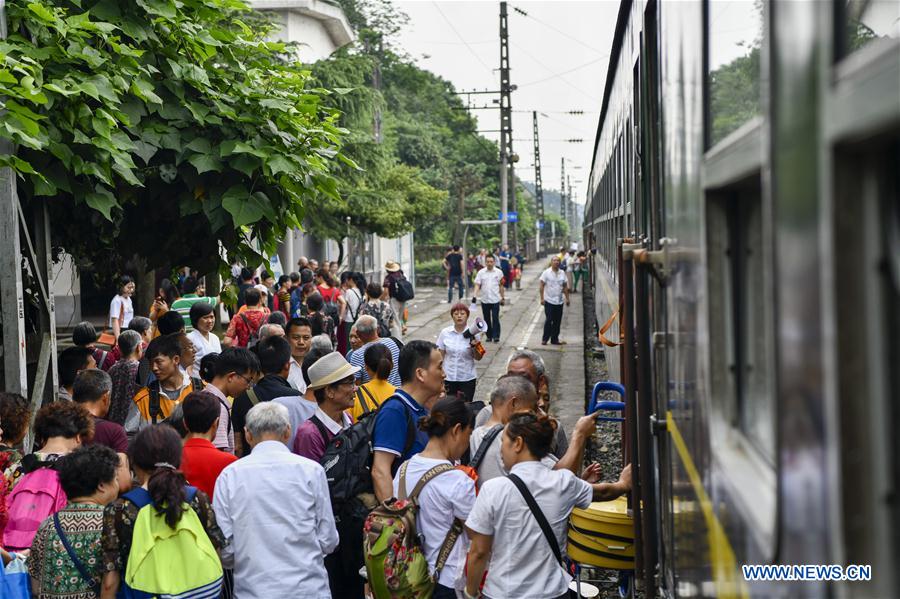 Passengers are seen at Bolin Railway Station along the Chengdu-Chongqing Railway, June 14, 2019. Low-speed green trains are still in operation as bullet trains run past new stations throughout China. The old-fashioned No. 5611 and No. 5612 green trains, which commute between southwest China's Chongqing Municipality and Neijiang in southwest China's Sichuan Province along the Chengdu-Chongqing railway line, are a low-cost alternative for travellers as well as an attraction for tourists. (Xinhua/Liu Chan)