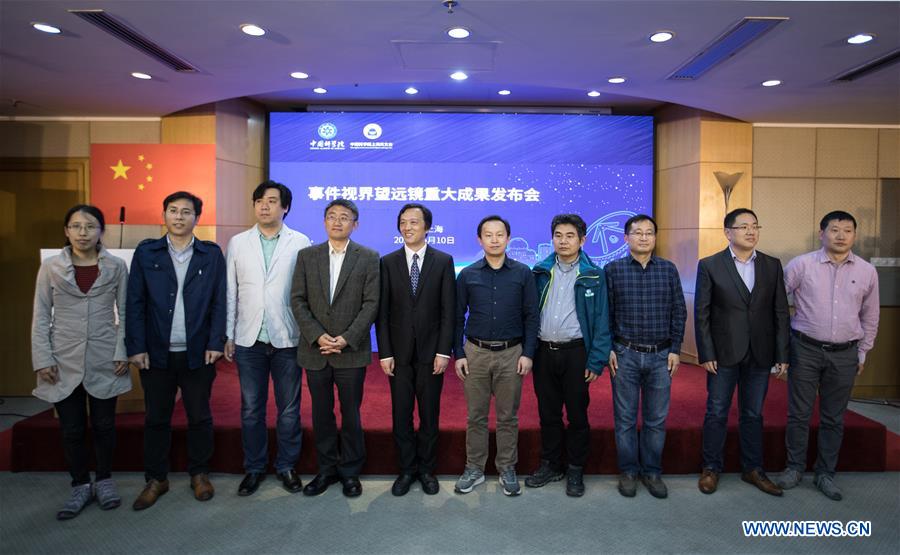 Some Chinese astronomers who have made contributions to a global effort to capture the first-ever image of a supermassive black hole at the heart of the distant galaxy M87, pose for a group photo during a press conference held in Shanghai Astronomical Observatory (SAO), in east China's Shanghai, April 10, 2019. The image of the black hole, based on observations through the Event Horizon Telescope (EHT), a planet-scale array of eight ground-based radio telescopes forged through international collaboration, was unveiled in coordinated press conferences across the globe at around 9:00 p.m. (Beijing time) on Wednesday. The landmark result offers scientists a new way to study the most extreme objects in the universe predicted by Albert Einstein's general relativity. (Xinhua/Jin Liwang)