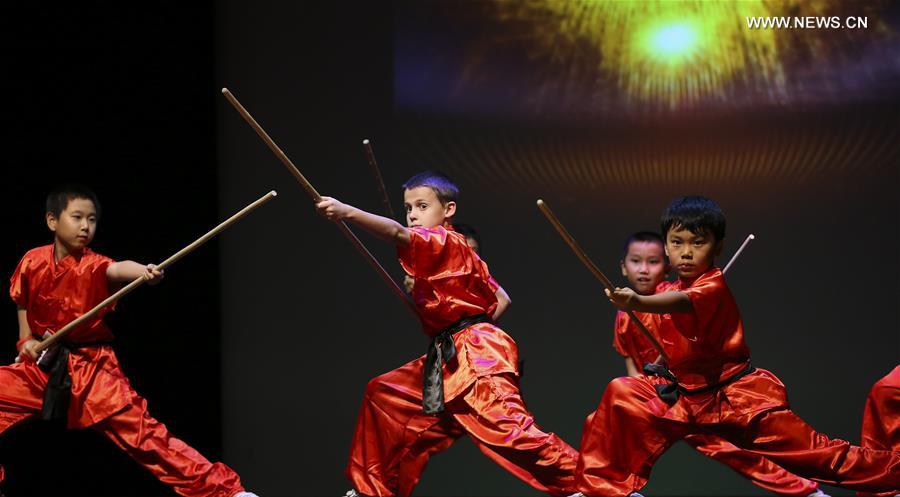 HOUSTON, Nov. 12 (Xinhua) -- Hundreds of Chinese and American audience marveled at the performance of Chinese Shaolin Kung Fu Sunday in Houston, the fourth largest city in the United States.

Named "The legend of Shaolin 2018," the show was the recital of the Shi Xing Hao Shaolin Kung Fu Academy in Houston. Students of the academy, young and old, performed all kinds of martial arts, receiving cheers and acclamation from the audience.

The academy started as a small class of only 10 students in 1998. In the past 20 years, it has trained thousands of Kung Fu lovers, and many of them gain national and international medals.

A disciple from Shaolin Temple in China, the principal of the academy, Shi Xing Hao, told Xinhua that during the past 20 years, more and more Americans have showed great passion for Chinese Kung Fu.

"Kung Fu is a namecard of Chinese people, representing positive energy," he said.

Billy Nisbett, who has been with the academy for eight years, said Kung Fu has brought huge changes to his life, both physically and spiritually. He said Kung Fu has opened a door for him about China.

"I'm learning Chinese now and I stayed in China for about two months. I definitely know more about China than before," Nisbett, now a PHD student in physics, told Xinhua.

Established in 1998, Shi Xing Hao Shaolin Kung Fu Academy is an institution dedicated to spreading the traditional Chinese culture and the exchange of heritage between the East and the West.