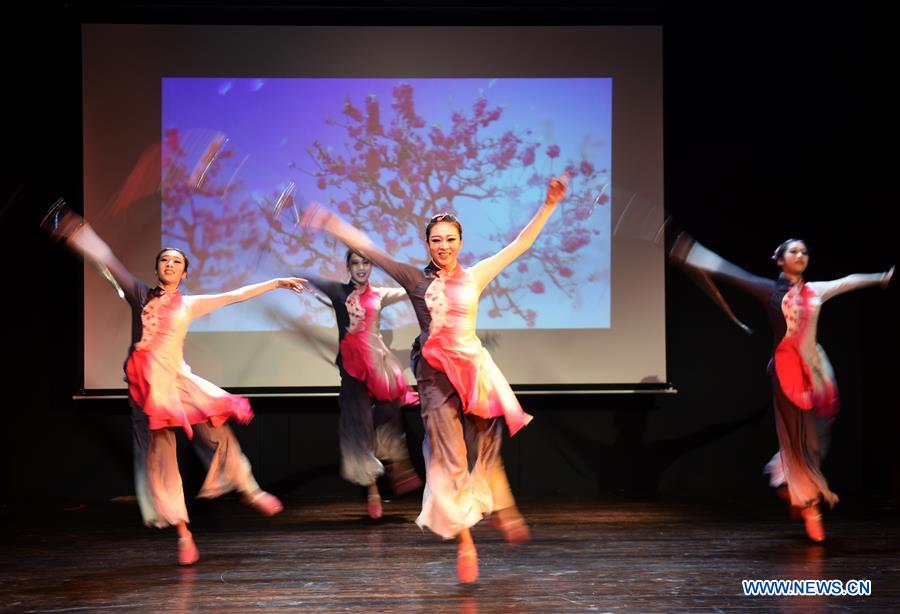 ISTANBUL, Oct. 9 (Xinhua) -- A charm of Chinese Kung Fu tour started on Tuesday evening at Bogazici University in Istanbul, enchanting the audience with a mixture of Chinese martial arts and dances.

The show not only made the audience feel the unique charm of Chinese Wushu, but also acquainted them with a lot more about the martial arts.

The performers from the art troupe of the Beijing-based Capital University of Physical Education and Sports displayed the origin of Wushu by practising fights between hunters and animals in ancient times.

They also showed the art of Wushu through tribal sacrifices by combining the martial arts and dance in ancient China, and Wushu in war by demonstrating a scene in which Emperor Qin Shihuang, the first person ever to unify China, called up his troops and fought in war.

As Chinese Wushu is drawing more and more learners from around the world, Shi Longlong, a Chinese Wushu champion, had a lively interaction with some Turks on the stage by teaching them ABCs of Wushu.

"What I saw here is something else. Their performances are amazing. The entire show is the best action movie I have ever seen," he said. "There was a spirit on the stage and they revealed that perfectly."

"I'm fascinated by the way they performed. I wish I could attend their classes in their country," he said.

The King Fu tour, sponsored by the Confucius Institute Headquarters in Beijing, will continue in other universities in Istanbul before moving to other cities of Turkey.