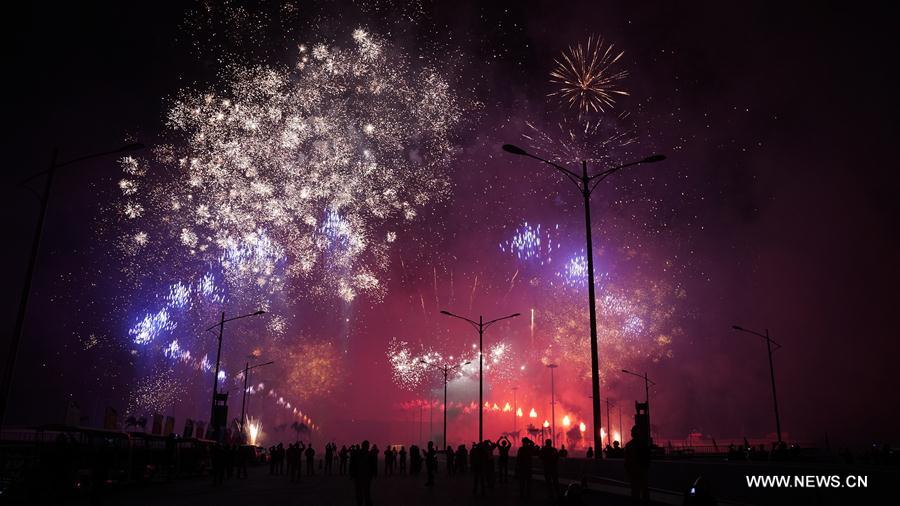 Fireworks are lit up over an artificial island of the Hong Kong-Zhuhai-Macao Bridge after its lighting system was installed and tested, south China's Guangdong Province, Dec. 31, 2017. The major work of the world's longest sea bridge was completed Sunday as scheduled, after its lighting system was installed and tested. It took six years preparation, and eight years to build the 55-kilometer-long bridge linking Hong Kong, Zhuhai and Macao. In the next month, engineers and constructors will test the coordination of the bridge's various systems and equipment, and proceed with inspection and cleaning work. The bridge will slash travel time between Hong Kong and Zhuhai from three hours to just 30 minutes, further integrating cities in the Pearl River Delta. (Xinhua/Zhou Ziyang)