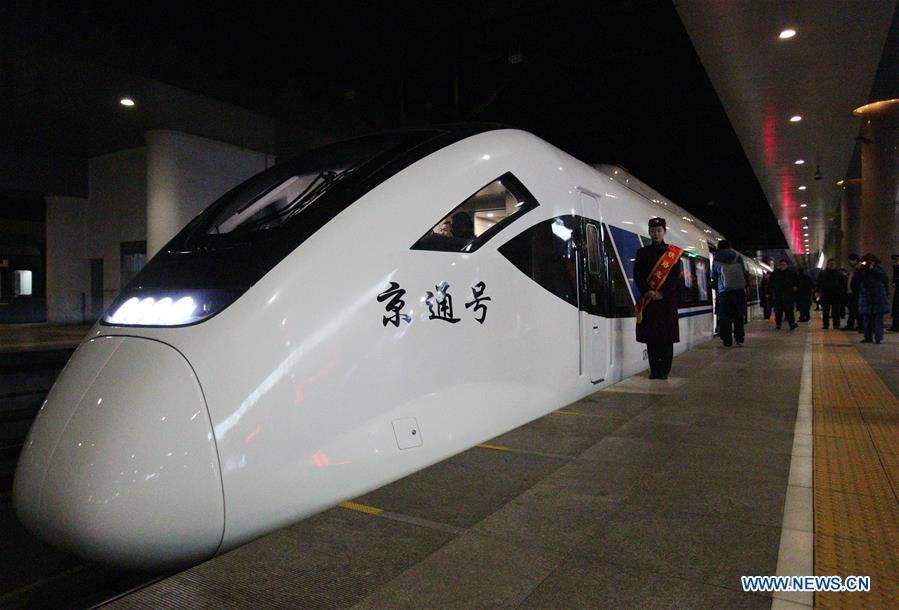 A train to be running on the subcenter line of China's capital Beijing is seen at Beijing West Station, Dec. 31, 2017. The 38.8-km Beijing subcenter railway line, linking Beijing's western Shijingshan District with Tongzhou District where the city's subcenter lies with five stations, was officially opened on Sunday. (Xinhua)

One of the new lines, linking the city proper with Tongzhou District, became operational on Sunday morning. The 38.8-km-long line connects Shijingshan District in the west with Tongzhou in the east. Five stations have been set up, though only four are currently operational. With the new line, passengers only need 28 minutes to get from Beijing Railway Station to Tongzhou.

The line is expected to help ease transport pressure between the city center and Tongzhou.

Another line links Changping District with the suburb districts of Huairou and Miyun. It spans 135.6 km and has six stations. Currently only three stations are in operation.