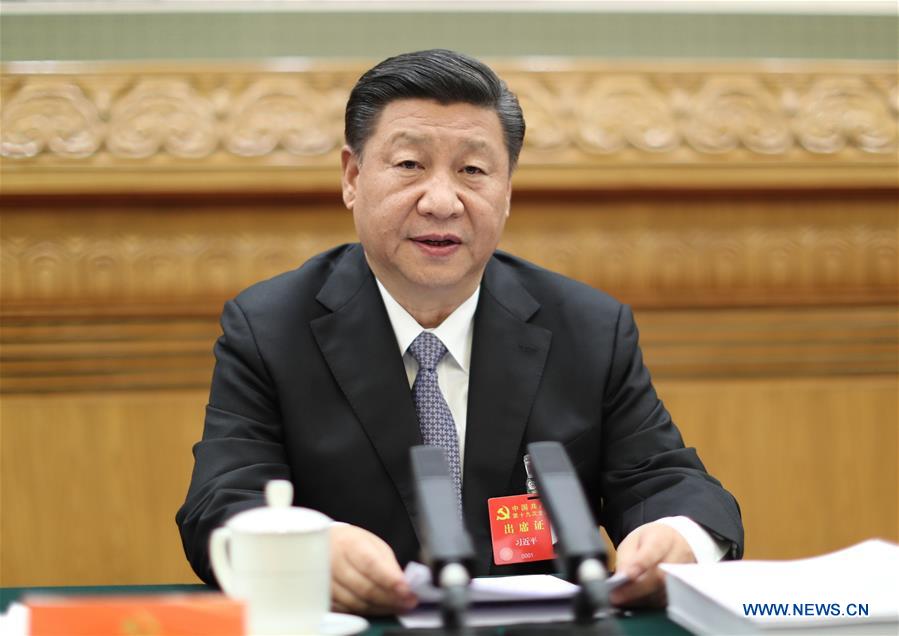 Xi Jinping presides over the second meeting of the presidium of the 19th National Congress of the Communist Party of China (CPC) at the Great Hall of the People in Beijing, capital of China, Oct. 20, 2017. (Xinhua/Ju Peng)

BEIJING, Oct. 20 (Xinhua) -- Election methods of the 19th National Congress of the Communist Party of China (CPC) were approved at a presidium meeting Friday afternoon.

The presidium of the 19th CPC National Congress held its second meeting at the Great Hall of the People in Beijing.

The meeting, presided over by Xi Jinping, approved the draft resolutions on the report of the 18th CPC Central Committee, the work report of the Central Commission for Discipline Inspection, and the amendment to the Constitution of the CPC.

The three draft resolutions will be submitted to all delegations to the congress for discussion.

Liu Yunshan, secretary-general of the congress, briefed the presidium on proposed name lists of nominees for the candidates of members and alternate members of the 19th CPC Central Committee, and members of the Central Commission for Discipline Inspection.

The meeting decided to submit the proposed name lists to all delegations for consideration.

A name list of ballot scrutineers was also approved by the presidium, and will be ratified by the congress before the final vote begins.