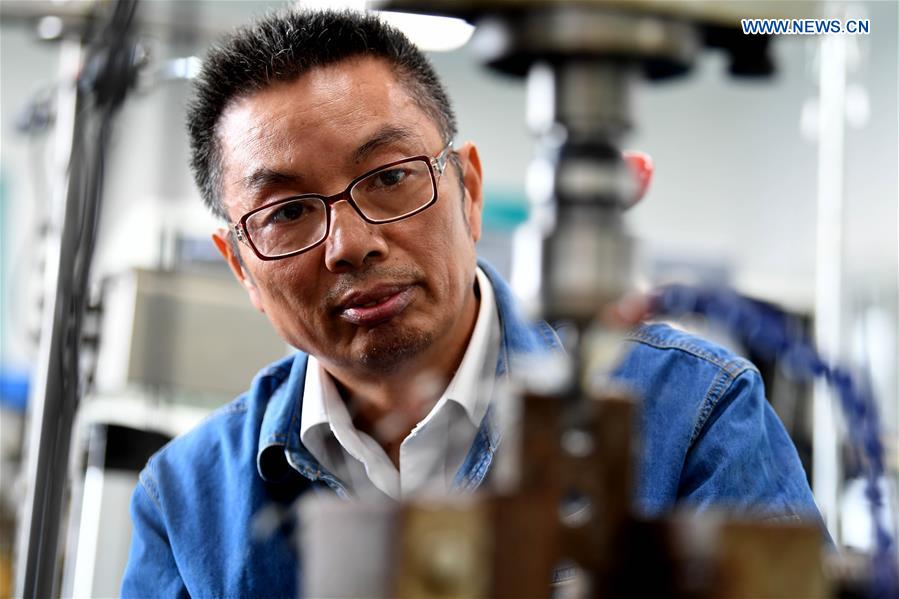 Xu Qijin, a power worker, works at local electricity supply company in Suzhou City, east China's Anhui Province, Sept. 15, 2017. Xu has worked at his post for 35 years, and made many technical achievements concerning electric power line. He has been elected as a delegate among 2,287 delegates to attend the 19th National Congress of the Communist Party of China (CPC) in Beijing from Oct. 18. Attendees will include high-ranking government officials, Party leaders, and military officers as well as grassroots Party members from "frontline production and manufacturing" such as workers, farmers, technicians, nurses and teachers. A total of 771 grassroots delegates have been selected from various social sectors, accounting for 33.7 percent of the total, up by 3.2 percentage points from five years ago. The voices of grassroots delegates, especially those who have made achievements in reforms, scientific innovation and poverty alleviation, are expected to gather wisdom and increase the strength of China's overall reform across all social sectors. (Xinhua/Liu Junxi)