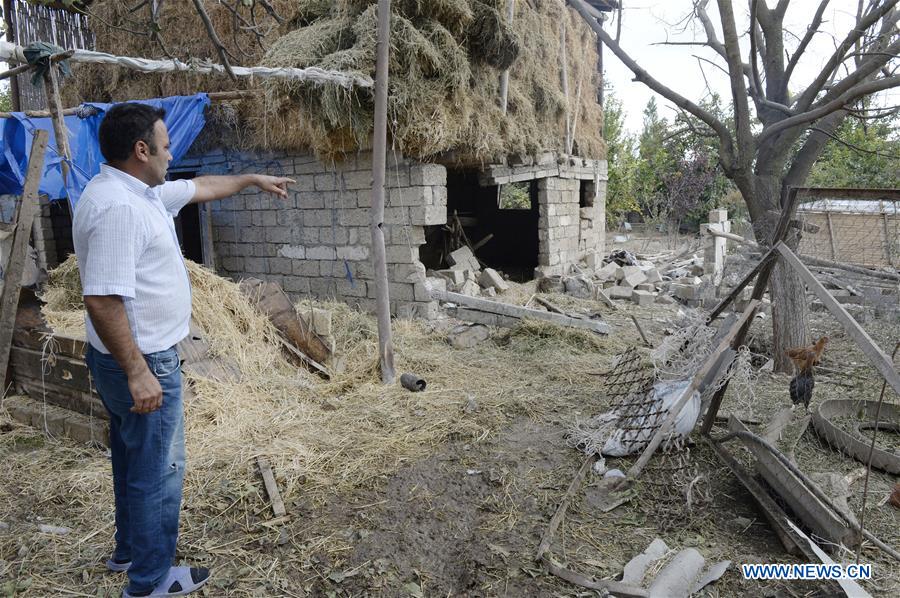 BAKU/YEREVAN, Sept. 30 (Xinhua) -- The new round of Nagorno-Karabakh conflict between Azerbaijan and Armenia Wednesday entered its 4th day, with more casualties revealed by the two sides.

Since the outbreak of the conflict, about 2,300 Armenian soldiers have been killed and wounded, and about 130 tanks and other armored vehicles, 200 artillery and rocket systems, 25 air defense systems, six command and observation posts, five ammunition depots and 55 vehicles were destroyed, a statement released on Wednesday morning by the Azerbaijani Defense Ministry indicated.

The ministry added that one S-300 anti-aircraft missile system of Armenia was destroyed during Tuesday's fighting in the Khojaly region.

On the Armenian side, a total of 790 Azerbaijani servicemen have been killed and as many as 1,900 soldiers were injured, said Artsrun Hovhannisyan, a representative of the country's Defense Ministry, at a press conference on Tuesday night amid the clashes, adding that the Armenian army destroyed 137 tanks and armored vehicles, 72 UAVs (unmanned aerial vehicles), seven helicopters and one aircraft of the Azerbaijan army during the battles.

Meanwhile, Shushan Stepanyan, a spokesperson of the Armenian Defense Ministry, said on her social media platform on Wednesday morning that severe artillery fire was still being exchanged along the whole contact line of the disputed Nagorno-Karabakh region between Armenia and Azerbaijan. On Sunday morning, the new round of clashes broke out along the contact line.

Armenia and Azerbaijan have been at loggerheads over the mountainous region since 1988. Peace talks have been held since 1994 when a ceasefire was reached, but there have been occasional minor clashes along the borders. Enditem