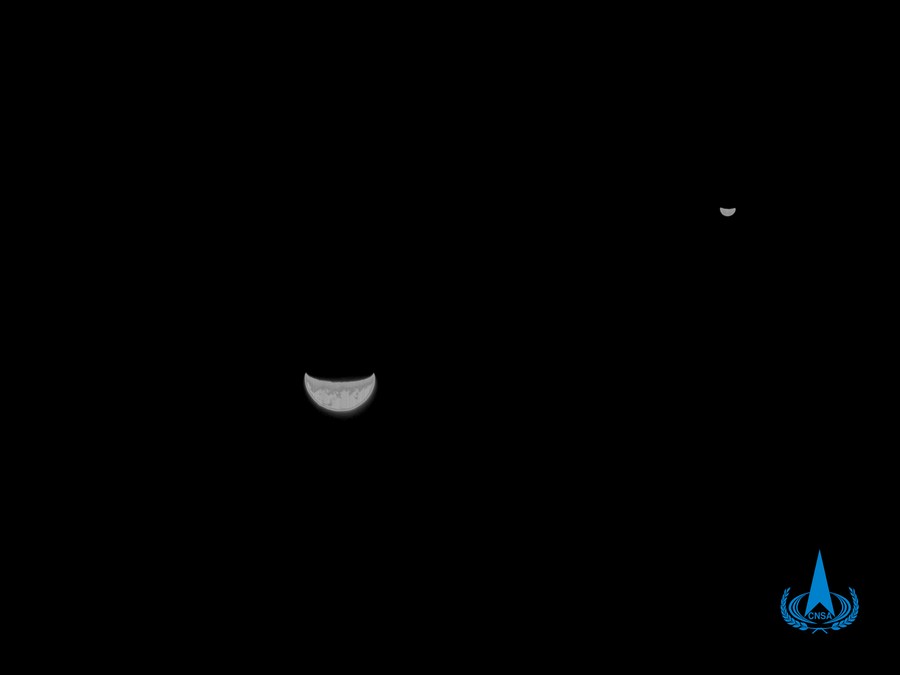 As of 8:30 a.m. on Friday, the probe was in stable condition at a distance of more than 18 million km away from Earth, Zhang said at the ongoing 2020 China Space Conference held in Fuzhou, capital of east China's Fujian Province.

The probe has successfully captured a photo of Earth and the moon, and completed its first mid-course orbital correction and self-check on multiple payloads, Zhang added.

China launched the Mars probe on July 23, kicking off the country's independent planetary exploration mission. The spacecraft, consisting of an orbiter, a lander, and a rover, is expected to reach the red planet around February 2021.

The expected touchdown date is May 2021, about three months after Tianwen-1 arrives in the Mars orbit.

"Reaching Mars' gravitational field and landing on the planet remain the major difficulties, with all kinds of potential risks," Zhang said, adding that the engineering team is still fine-tuning the probe's flight control and preliminary restoration schemes. ■