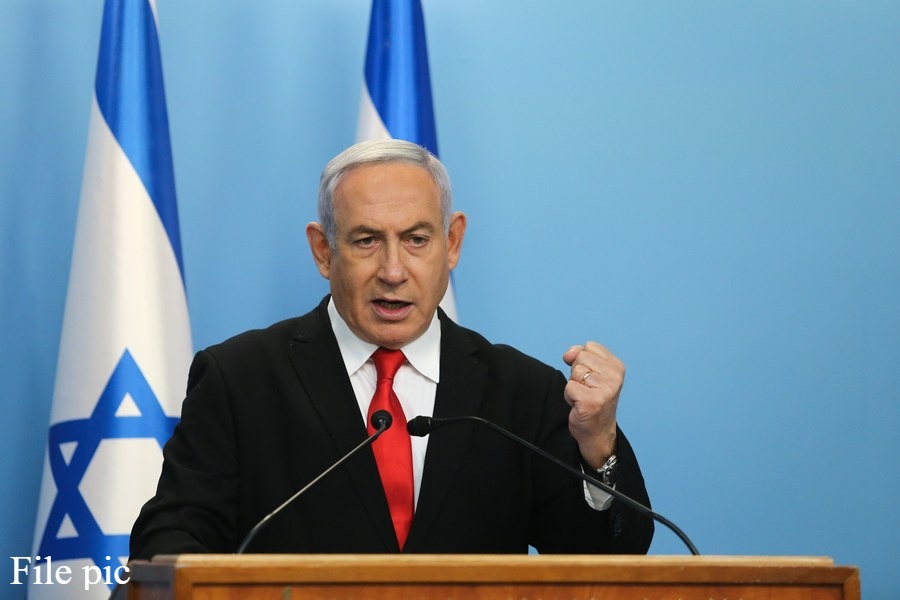 Israeli Prime Minister Benjamin Netanyahu gives a speech regarding the new measures that will be taken to fight the coronavirus in Jerusalem on March 14, 2020. (Alex Kolomoisky/JINI /Handout via Xinhua)

JERUSALEM, Aug. 13 (Xinhua) -- Israeli Prime Minister Benjamin Netanyahu referred on Thursday to reports on a peace agreement achieved between his country and the United Arab Emirates (UAE) and said it's "a historic day."

Israel and the UAE have agreed to normalize ties following U.S.-brokered talks, according to local media reports.

U.S. President Donald Trump wrote on Twitter that a "historic peace agreement" was achieved between the two countries.