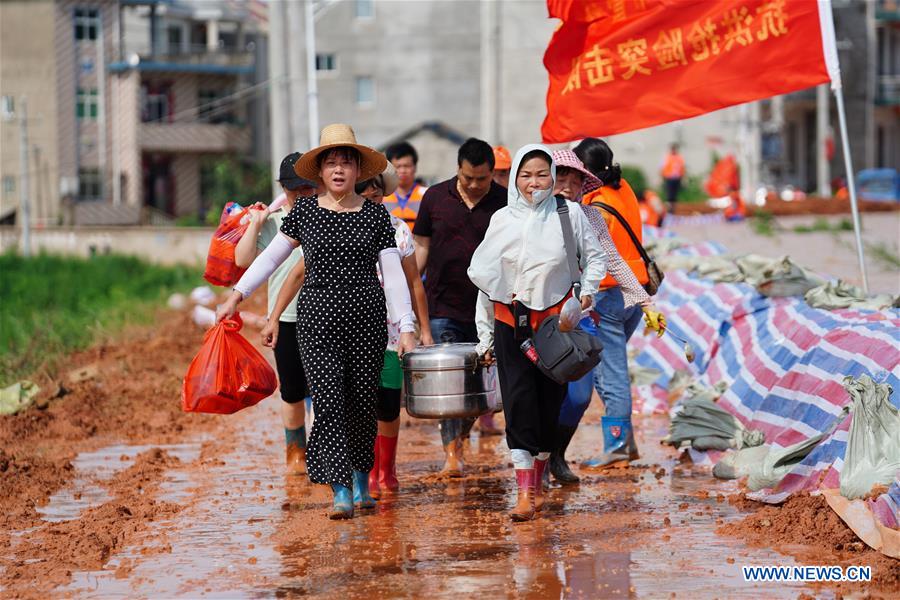 Woman volunteers carry mung bean soup for armed policemen to cool down in hot weather in Jiangjialing Village, Poyang Town of east China's Jiangxi Province, July 11, 2020. Due to lasting heavy rainfalls, east China's Jiangxi Province raised its flood-control response from level III to level I in just three days. Besides party members of the Communist Party of China (CPC) and armed police who are organized to take part in the fight against the flood, a voluntary group made up of elder women in Jiangjialing Village also devote their efforts. Yu Fengying, team leader of the group, said that they originally got together for square dancing, but they also wanted to make some contributions as they saw so many rescuers spare no effort in fighting the flood. Therefore, these woman volunteers, having an average age of over 50 years old, packed sand bags, patrolled the dyke, and also took the responsibility of taking care of the daily life of the soldiers. (Xinhua/Zhou Mi)