-- Activities jeopardizing national security have become increasingly rampant in Hong Kong. Efforts must be made at the state level to change its defenseless status.

-- The legislation will lay a solid institutional foundation for the steady and enduring growth of "one country, two systems."

-- The legislation does not affect Hong Kong courts which exercise independent judicial power.

HONG KONG, May 23 (Xinhua) -- A draft decision to introduce national security legislation for the Hong Kong Special Administrative Region (HKSAR) is under deliberation at China's national legislature during its ongoing annual session.

What does it mean to people and businesses in Hong Kong and why is it important? Based on interviews with experts, Xinhua reporters attempt to answer some of the most frequently asked questions as follows: 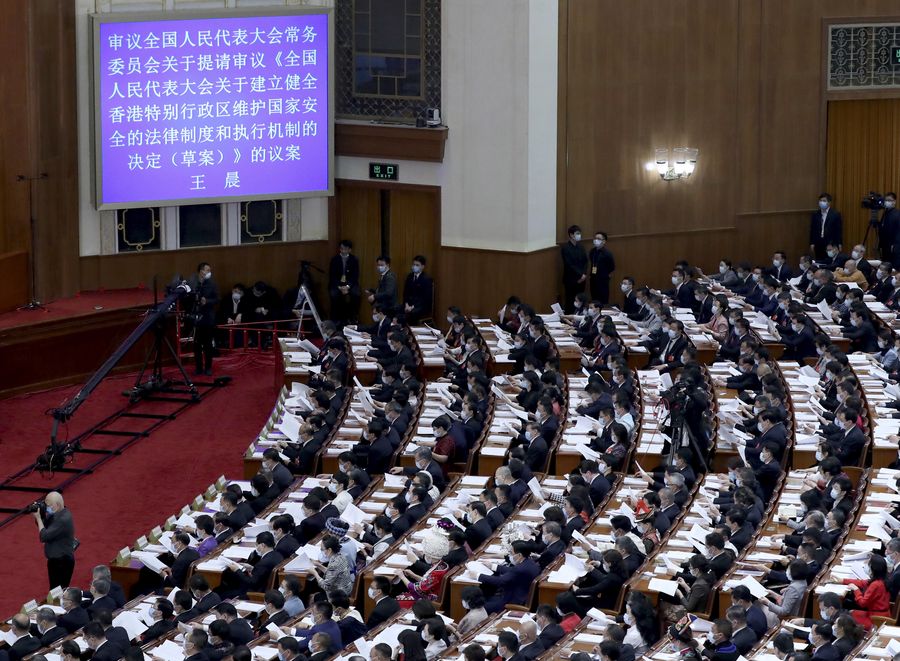 The third session of the 13th National People's Congress (NPC) opens at the Great Hall of the People in Beijing, capital of China, May 22, 2020. (Xinhua/Liu Weibing)

WHY DOES HONG KONG NEED THIS NOW?

Under the Basic Law, the HKSAR's constitutional document, Hong Kong shall enact laws on its own to safeguard national security. This is known as Article 23.

However, Article 23 has become so stigmatized and demonized in Hong Kong that it is, in fact, very difficult for the HKSAR Legislative Council (LegCo) to fulfill its legal responsibility of enacting relevant laws.

This legal loophole has been taken advantage of by local and foreign anti-China forces. Activities jeopardizing national security have become increasingly rampant in Hong Kong.

Last year, rioters besieged the HKSAR government headquarters and public agencies, broke into and vandalized the HKSAR LegCo building, trashed metro stations, banks and stores, assaulted police officers, set fires on the streets, beat up tourists and residents and even made terrorist threats.

The trend of homegrown terrorism is posing a grim threat to the security of the HKSAR as well as the nation at large.

Considering Hong Kong's situation at present, efforts must be made at the state level to safeguard national security and to change its defenseless status. 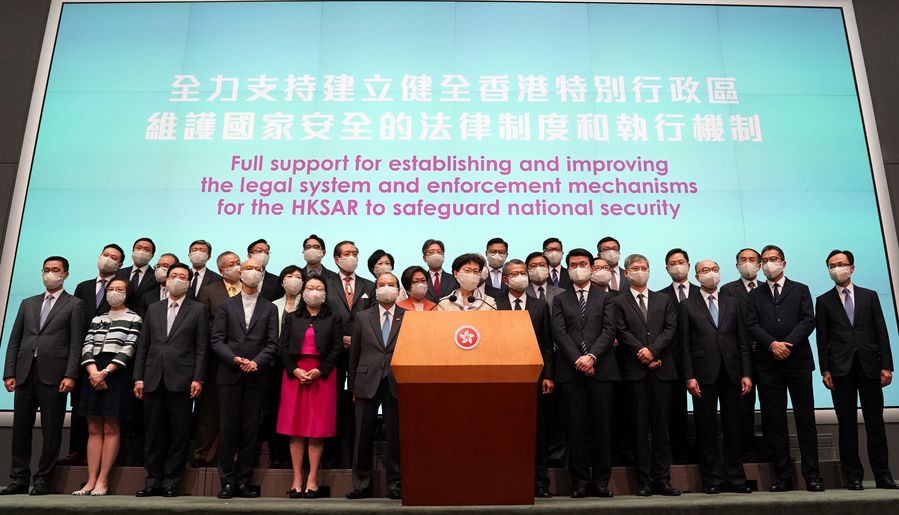 WILL IT CHANGE "ONE COUNTRY, TWO SYSTEMS"?

No. On the contrary, the national security legislation will solidify the "one country, two systems" principle, under which Hong Kong has a high degree of autonomy and retains its own capitalist economy and legal system.

It is aimed at tackling the growing national security risk in Hong Kong, which has become a prominent challenge to the "one country, two systems" principle. 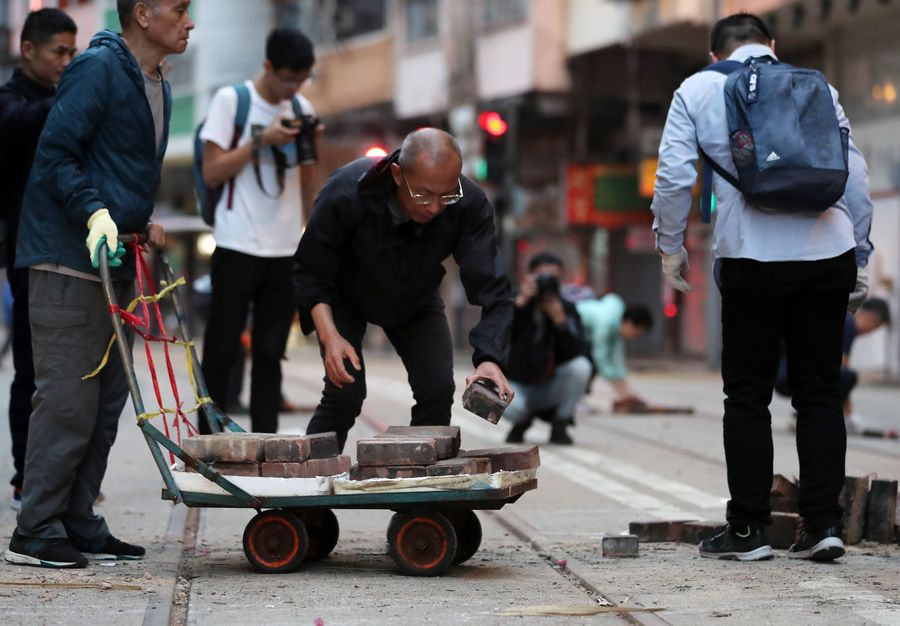 The draft decision of the legislation states clearly that China will "unswervingly, fully and faithfully" implement the principles of "one country, two systems," "the people of Hong Kong governing Hong Kong" and a high degree of autonomy.

The legislation will lay a solid institutional foundation for the steady and enduring growth for the cause of "one country, two systems."

WHO ARE BEING TARGETED?

China's legislature has made it clear that the national security legislation only targets those who attempt to split the country, subvert state power, and organize and carry out terrorist activities, as well as foreign and external forces seeking to interfere in Hong Kong's affairs.

Yes. The legislation will in no way harm the daily lives of law-abiding Hong Kong residents.

The extensive rights and freedoms enjoyed by Hong Kong residents, such as freedom of speech, freedom of the press, right to assembly and demonstration, to engage in academic research, to travel and to enter or leave the HKSAR will all remain fully protected by the Basic Law, the Hong Kong Bill of Rights Ordinance and other laws.

One of the five basic principles in the draft decision is "substantially safeguarding the legitimate rights and interests of Hong Kong residents."

After the legislation is enacted, the personal safety and property of Hong Kong residents will be even better protected and their basic rights and freedoms better guaranteed.

WILL FOREIGN FIRMS BE TREATED DIFFERENTLY?

No. The legislation will not affect foreign investors' legitimate interests in Hong Kong. Instead, it will make Hong Kong a safer and more stable place and improve the confidence of local and overseas investors in doing business in Hong Kong.

Hong Kong's status as a separate customs territory is recognized by the World Trade Organization and is guaranteed by the Basic Law of the HKSAR.

Prolonged social unrest has hurt business confidence in Hong Kong. As Hong Kong has gone through months of disruption, violence and uncertainties, anything that can stabilize the situation will indeed help recover investor sentiment. 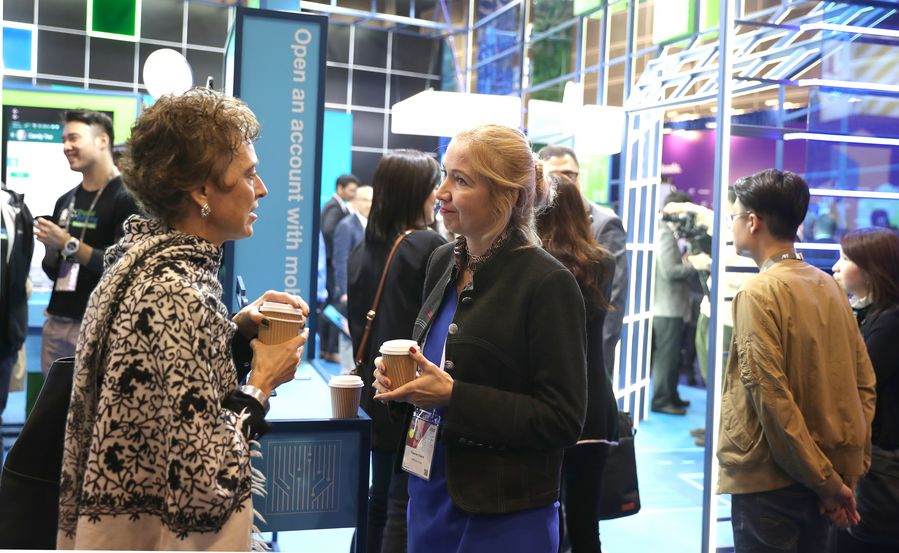 DO OTHER COUNTRIES ALSO HAVE LAWS PROTECTING NATIONAL SECURITY?

Yes. Major Western countries, including the United States and Britain, have their own national security laws and created a large number of cases through judicial practices.

The National Security Act of the United States was signed into law by then U.S. President Harry Truman on July 26, 1947. The United States also enacted the USA PATRIOT Act after the Sept. 11 attacks and the CLOUD Act. 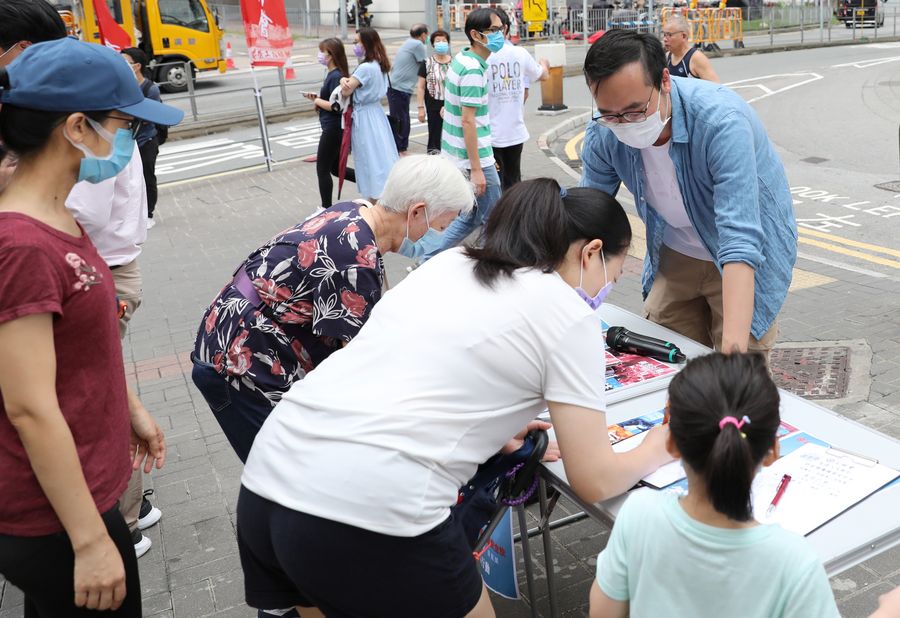 Citizens write down their signatures in a street campaign in support of the national security legislation in Hong Kong, south China, May 22, 2020. (Xinhua/Wu Xiaochu)

No. Hong Kong has preserved its common law system since returning to the motherland in 1997, independent from the system adopted on the Chinese mainland.

The legislation will only plug the very apparent loopholes and legal vacuum in national security. It does not affect Hong Kong courts which, under the Basic Law, exercise independent judicial power, including that of final adjudication.