As positive signs started emerging in China's battle against the novel coronavirus outbreak, the country is meticulously expanding business operations with a precise approach that attaches different priorities to regions in light of their health risks.

BEIJING, Feb. 26 (Xinhua) -- After fluctuating at a low level for two weeks, the "resumption power index" which can reflect the number of enterprises that have returned to work in east China's Jiangxi Province shows an upward trend.

The index grew by 16 points from Feb. 13 to Feb. 24. "Based on the model calculation, every point of increase means that about 1,000 enterprises have resumed business," said Hu Zhiqiang from the State Grid Jiangxi Electric Power Co., Ltd.

As the barometer of economic growth, the index shows Jiangxi's economy is accelerating to recover from the novel coronavirus disease (COVID-19) outbreak, Hu added.

By Tuesday, 78,064 people on the Chinese mainland had been confirmed as being infected, and 2,715 had died. Meanwhile, the daily number of newly cured and discharged coronavirus patients has surpassed that of new infections for the eighth consecutive day.

As positive signs started emerging in China's battle against the epidemic, the country is meticulously expanding business operations with a precise approach that attaches different priorities to regions in light of their health risks. 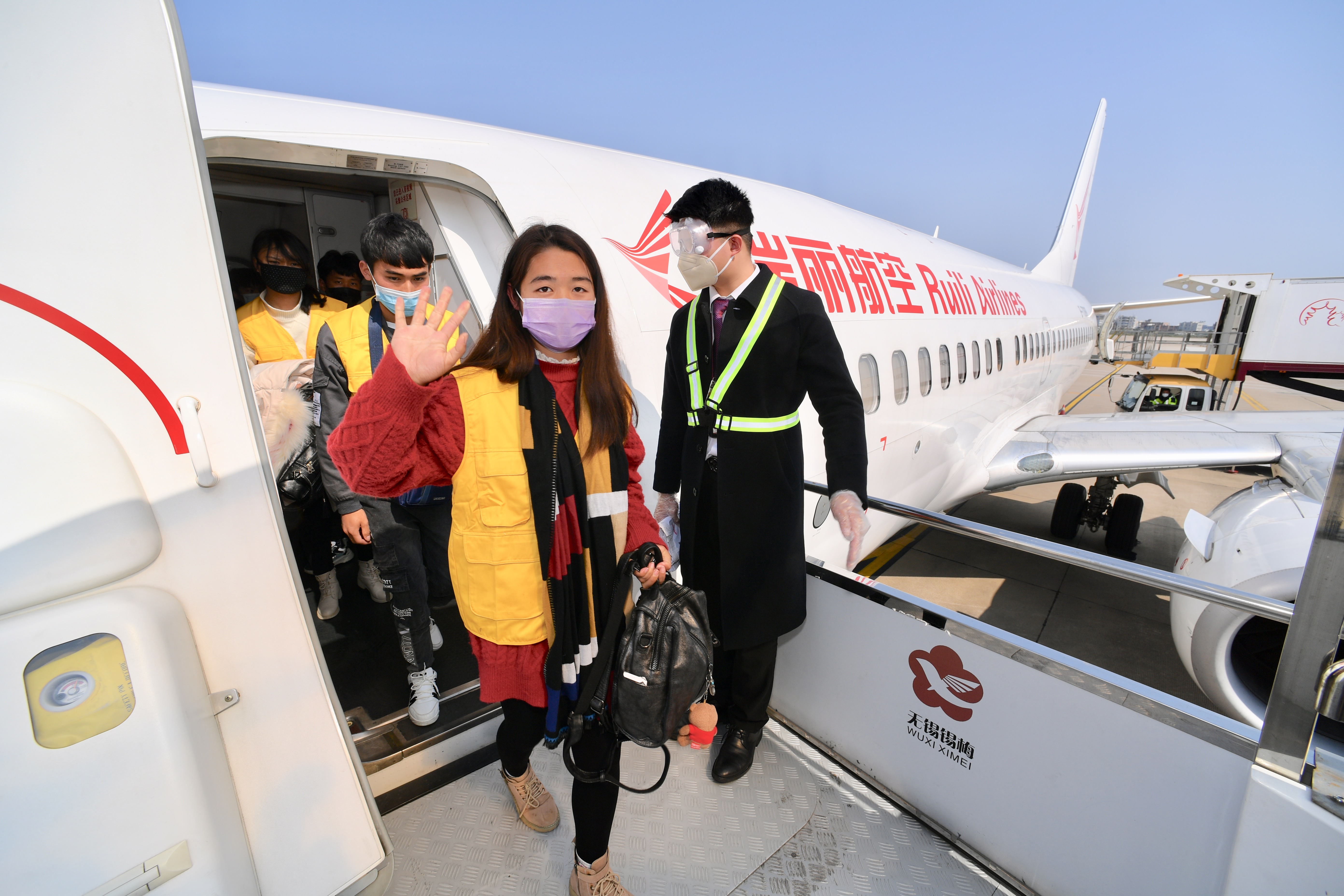 Local authorities are ordered to take region-specific approaches when advancing resumption of work and production based on local health risks, according to decisions at a central authorities meeting.

Regions with relatively low risks should focus on preventing imported cases and comprehensively restoring the order of production and life. Medium-risk regions should promote work and production resumption in an orderly manner based on local situations, while high-risk regions should continue to be fully committed to epidemic prevention and control.

Jiangxi Province now places its counties and districts in three risk groups that correspond to different epidemic prevention measures to mitigate the impact on the economy.

Four out of 100 counties and districts in the province were classified as high-risk areas, 18 as medium and the other 78 as low. The risk level can be dynamically adjusted based on epidemic situations.

With no confirmed cases of infection or no new cases reported in 18 consecutive days, a total of 40 low-risk counties and districts, including Shanggao, have lowered their emergency response from Level I to Level II or III on Tuesday. 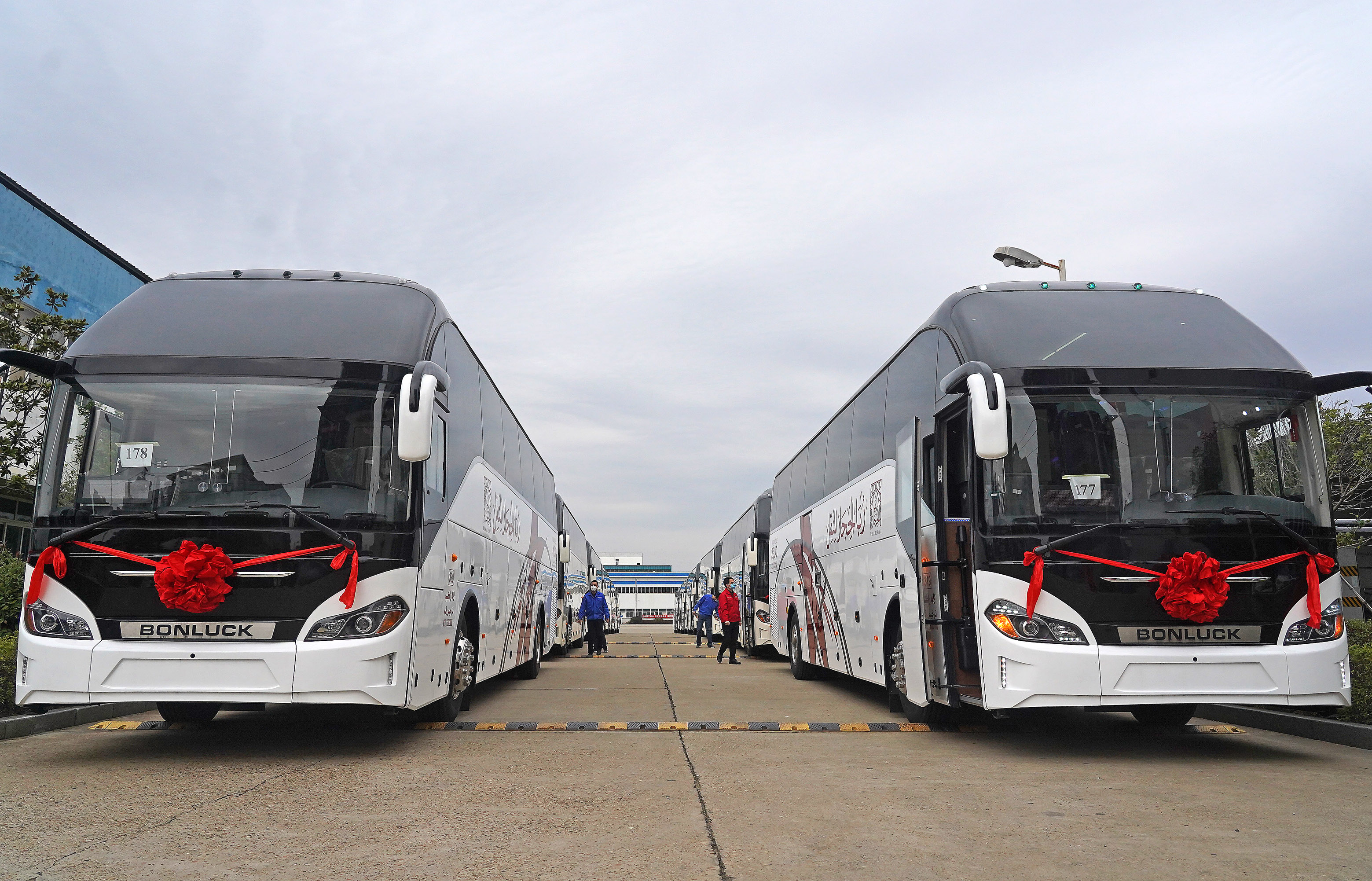 To push for work resumption, Shanggao County has dispatched more than 170 cadres to help enterprises solve problems involving labor, raw materials, logistics and funds that hamper their business resumption. A total of 156 industrial enterprises above designated size, around 90.7 percent of the total, have returned to work in the county.

Meanwhile, the province gave business resumption priority to firms upstream of the supply chain, such as those produce basic raw materials.

Nanchang Cemented Carbide LLC is a producer of milling cutters, which are key tools used for manufacturing medical equipment. During the epidemic, the company had difficulties to deliver goods due to transport restrictions.

"With smooth logistics, we can now speed up our production," said Zhang Yuqi, deputy general manager of the company. 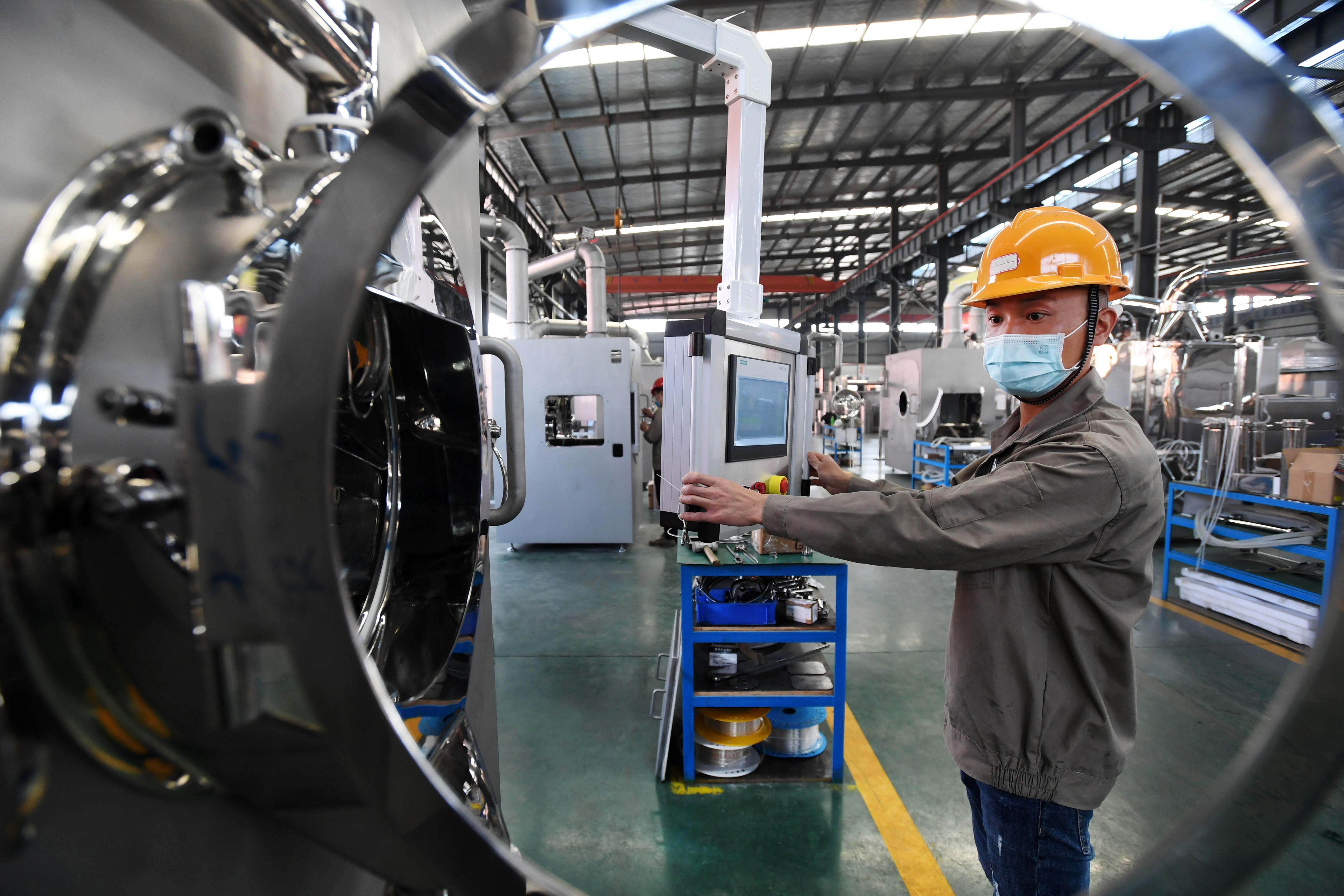 An employee works on a production line to produce dry granulators, which will be supplied to drug manufacturers in Shanghai and other cities to help combat the coronavirus, at Wanshen Pharmaceutical Machinery Co., Ltd. in Yichun, east China's Jiangxi Province, Feb. 24, 2020. (Xinhua/Zhou Mi)

BACK ON TRACK WITH CAUTION

Besides Jiangxi, many Chinese local governments have taken differentiated measures to ensure the resumption of normal economic activities on the premise of virus containment.

On Feb. 20, Changchun, capital of northeastern Jilin Province, issued a circular requesting the related government departments to help companies solve problems such as labor, funds and gas supply shortages and encourage small hotels to work with employers to accommodate their workers.

The districts with no confirmed COVID-19 cases or no new cases for 14 consecutive days may further relax the control on the operation resumption of the companies and the personnel flow, it said.

Changchun is home to one of the country's largest automobile maker, FAW Group, as well as a slew of auto parts and components producers. At one FAW factory, work resumed on Feb. 22 on two shifts with some 300 vehicles rolling off the assembly line a day.

To ensure workers' health, the government of Changchun's automobile economic and technological development zone, where the factory is located, allocated disinfectant to the workshops and helped rent hotels and college dormitory buildings to quarantine more than 7,200 returned workers. 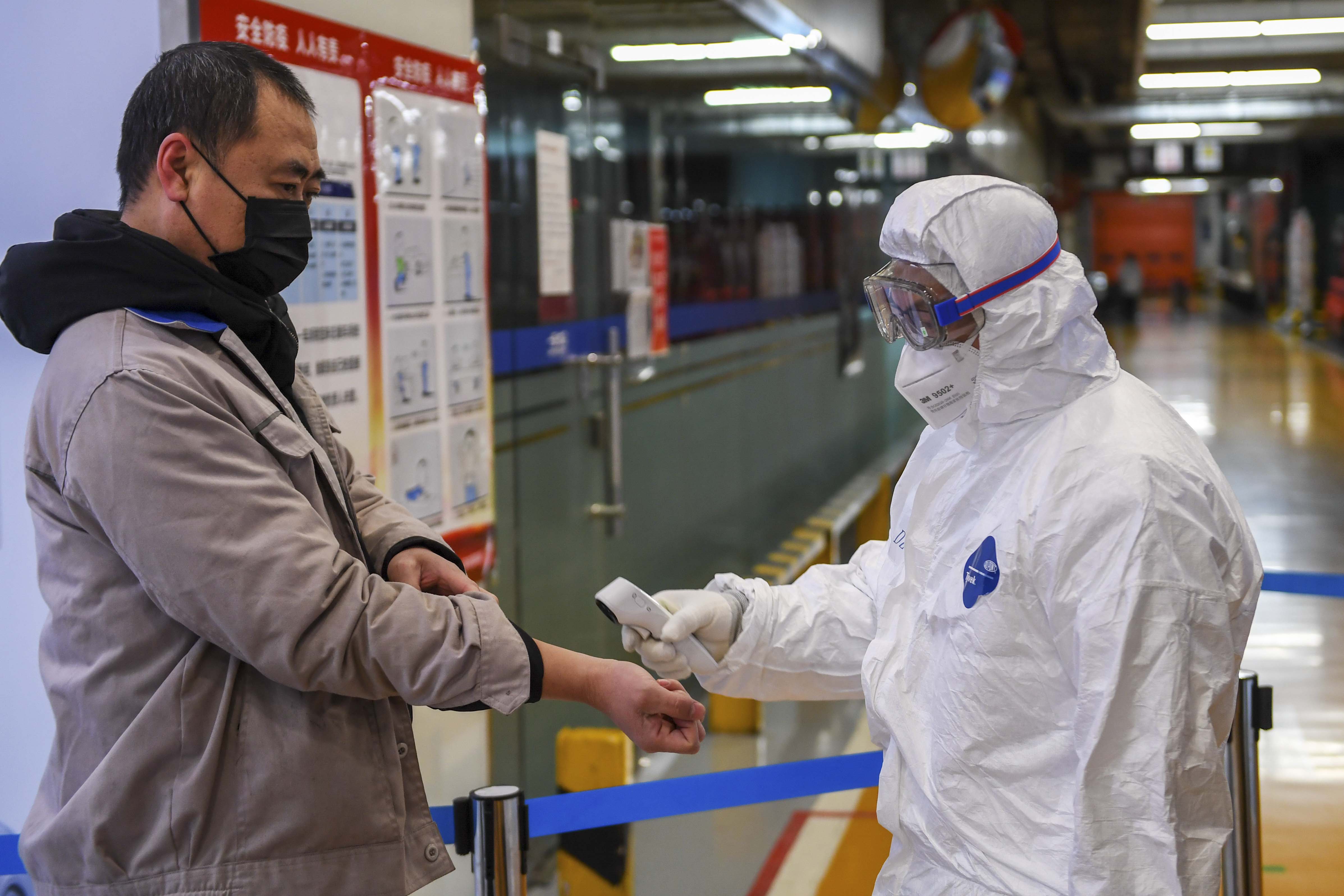 So far, over 90 percent of the enterprises in the development zone have resumed operation.

Liu Guoqiang, vice governor of the People's Bank of China, said the epidemic's pressure on the economy will be short-lived and will not change the country's sound economic fundamentals.

More Chinese provinces, including Liaoning, Gansu, Anhui and Guangdong, have lowered their emergency response level after reporting no new cases for several days.

To facilitate work resumption, the country has loosened traffic controls and arranged buses, trains and flights to bring migrant workers back to factories. Tax and fees for industries heavily impacted by the epidemic have been lowered to alleviate social security burdens on the employers.

The Ministry of Commerce has pledged to facilitate foreign-invested enterprises to resume production, especially to industry leaders, to keep the global supply chain stable. 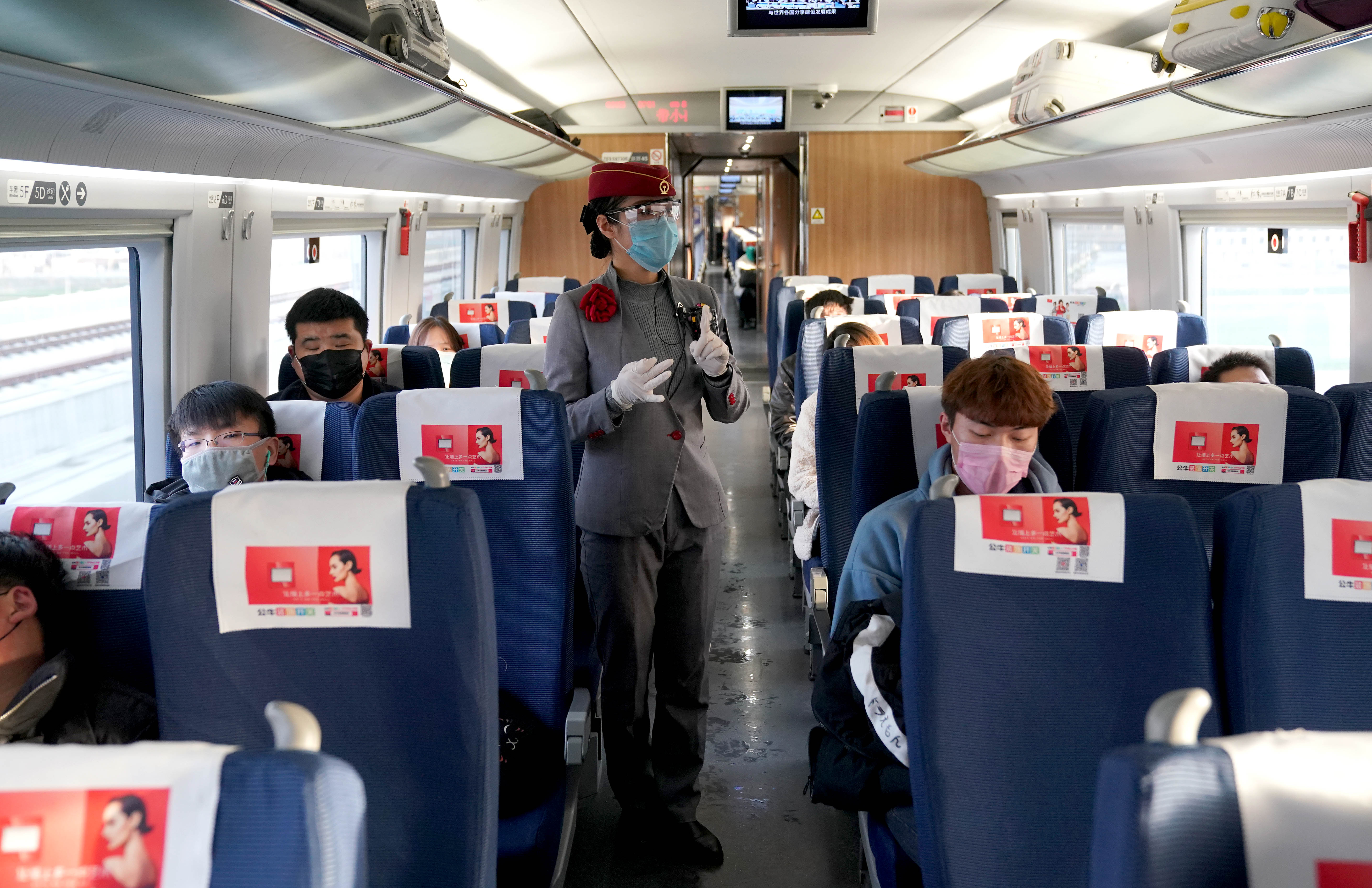 A stewardess introduces prevention and control measures of the novel coronavirus to passengers on a special train heading for east China's Zhejiang Province, Feb. 22, 2020. (Xinhua/Li An)

In Dongguan, a manufacturing hub in Guangdong Province, a total of 5,791 foreign-funded enterprises had resumed work, including 60 percent of large and medium-sized ones as of Feb. 23.

The Shanghai Association of Foreign Investment found, based on a survey over 697 key foreign-funded enterprises in Shanghai, that more than 90 percent of surveyed firms in the service sector and about 70 percent of those in the manufacturing industry have resumed operation.

By Feb. 22, a total of 10,680 industrial enterprises above designated size in Jiangxi, around 83.9 percent of the total, have resumed business with more than 1 million people back to work, according to local authorities.

"With a raft of supportive policies, the resumption power index in Jiangxi will maintain its upward trend. Work and production back on track will continue injecting vitality into economic growth," Hu said.