China urges U.S. to be constructive contributor, not irrational spoiler 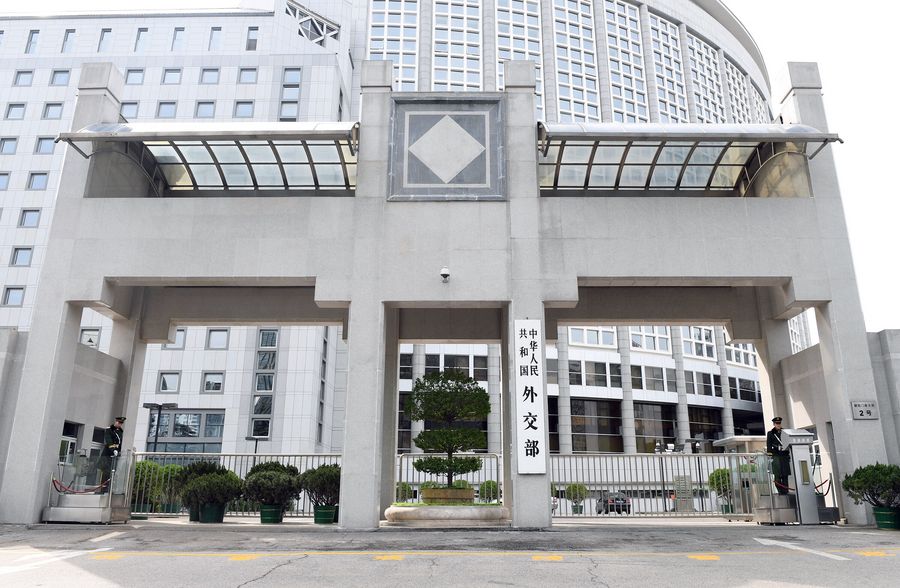 Photo taken on April 4, 2018 shows the entrance to the Chinese Foreign Ministry in Beijing, capital of China. (Xinhua/Li He)

"What's worse, it will seriously disrupt bilateral and even global exchange and cooperation in science, technology and trade."

There has been a report about the U.S. government's considering a proposal to halt deliveries of jet engines co-produced by General Electric Company (GE) for the COMAC C919 airliner being developed in China, over concerns that the Chinese could reverse-engineer the engines, which will undermine U.S. business interests.

"We noted this report. It also says that GE is arguing against the possible move of the U.S. government, saying that mimicking the advanced manufacturing techniques that have produced the engine is far harder than some administration officials believe," Geng told an online press briefing, adding that GE has also argued the engines have been on the ground in China for years, meaning there is no reason for China to wait until now to begin the reverse-engineering if it had wanted to do so.

If the content of the report is true, it suggests that Americans in industrial sectors seem to have more common sense, and be more sensible and likely to tell the truth than certain officials in the U.S. administration, the spokesperson said.

"These officials are ignorant about science and technology and of the market principle, and they are also worried about China's development," Geng said. "It will be another example of the U.S. using political means to undermine its bilateral business cooperation with China and wantonly oppress Chinese businesses."

Recent U.S. moves hurt not only Chinese businesses' interests but also American companies' interests in the long run, Geng said. "What's worse, it will seriously disrupt bilateral and even global exchange and cooperation in science, technology and trade." ■