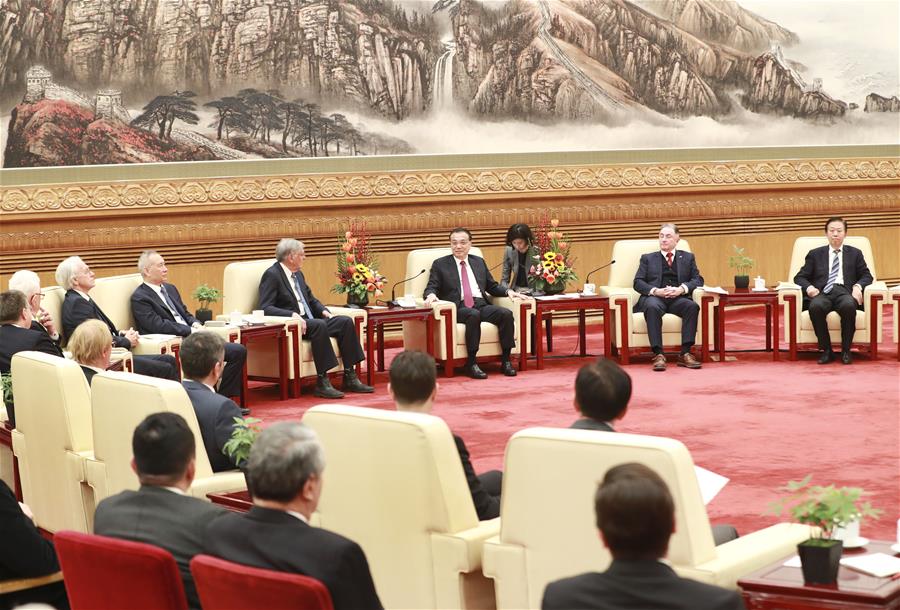 Chinese Premier Li Keqiang holds a symposium with representatives of foreign experts working in China ahead of the Spring Festival, or the Chinese Lunar New Year, at the Great Hall of the People in Beijing, capital of China, Jan. 17, 2020. (Xinhua/Pang Xinglei)

BEIJING, Jan. 17 (Xinhua) -- Premier Li Keqiang on Friday afternoon held a symposium with representatives of foreign experts working in China at the Great Hall of the People in Beijing ahead of the Spring Festival, or the Chinese Lunar New Year.

Li first extended Lunar New Year greetings and gratitude to foreign experts and their family members for their contribution to China's reform and opening-up and modernization.

Noting that the Chinese economy has maintained high-quality stable growth and the newly added urban jobs have surpassed 13 million, Li said it was a hard-won achievement and pledged to ensure the full implementation of institutional tax cuts and the further optimization of the business environment this year to spur market vitality.

"China will continue to expand opening-up in technology and other sectors," Li said, vowing that the cooperation with the international society will only get wider.

Meanwhile, the country will implement more proactive, open and effective talent policies to offer more convenience for foreign experts living in China, according to Li.