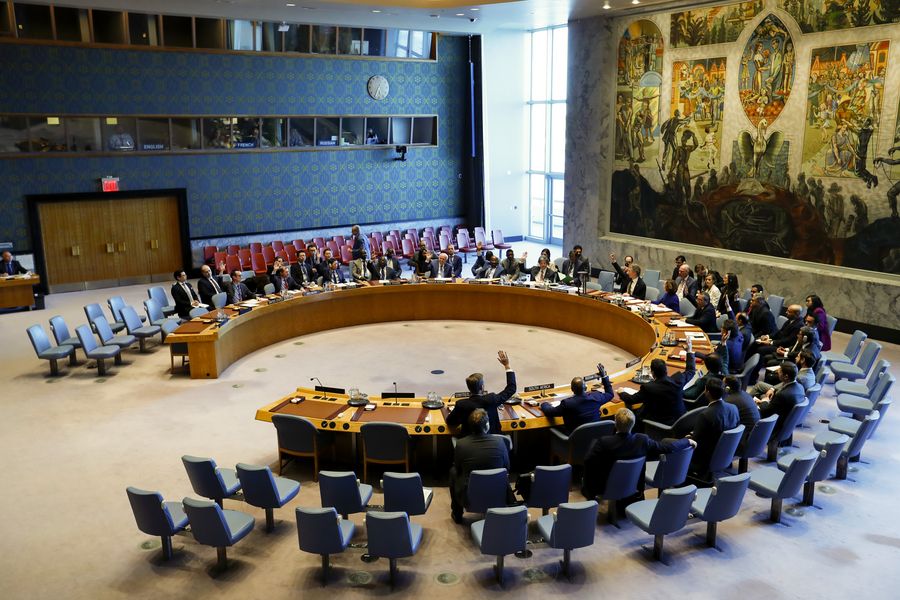 Photo shows the United Nations Security Council voting on a resolution to extend the mandate of the Panel of Experts, which assists a Security Council sanctions committee against the Democratic People's Republic of Korea (DPRK), at the UN headquarters in New York, April 10, 2019.(Xinhua/Li Muzi)

Chinese envoy Zhang Jun has called on the UN Security Council to make necessary adjustments to the sanctions measures on the DPRK.

At a Security Council open meeting on the Korean Peninsula, China's Permanent Representative to the UN Zhang Jun said it is imperative for the Security Council to take action and invoke the reversible provisions in the DPRK-related resolutions as soon as possible in the light of the evolving situation on the peninsula.

It is also imperative to make necessary adjustments to the sanctions measures prescribed in those resolutions, especially in areas where the DPRK people's livelihood is at stake, he added.

Zhang said that it is the Security Council's important responsibility to maintain peace and stability on the peninsula and advance its denuclearization process.

The Security Council resolutions concerning the DPRK should be implemented in a comprehensive, complete and accurate manner, he said, adding that sanctions are just a means to an end, not an end in itself.