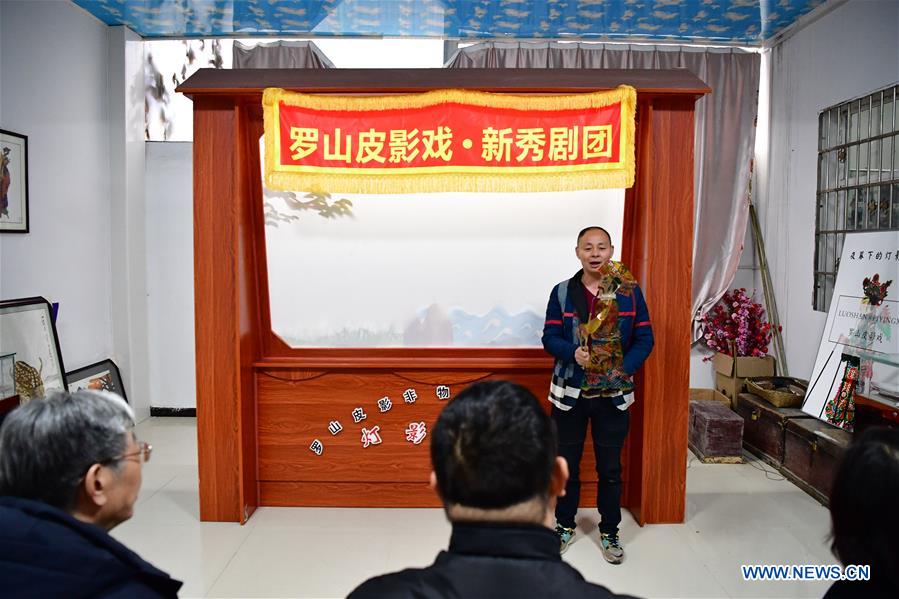 Chen Yulun, an inheritor of the Luoshan Shadow Play, introduces shadow play to visitors at a shadow play inheritance and exchange base at Pengxin Township of Luoshan County, Xinyang City, central China's Henan Province, Nov. 27, 2019. Shadow play, also known as shadow puppetry, is a folk performing art originating in China. Luoshan Shadow Play, with a history of about 400 years, was listed as one of the national intangible cultural heritages in 2008. The puppets of Luoshan Shadow Play are made from cow leather with a series of complicated process. (Xinhua/Feng Dapeng)