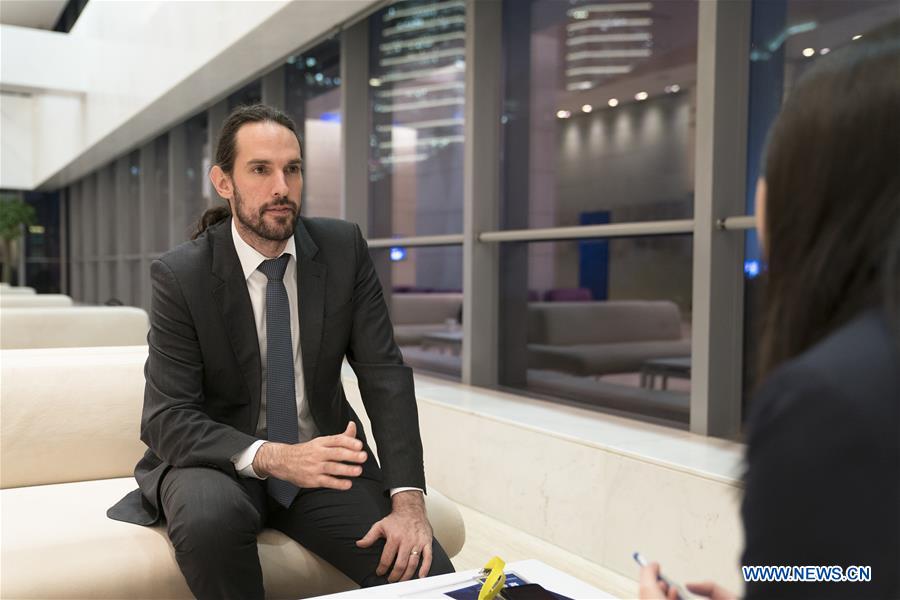 SHANGHAI, Nov. 19 (Xinhua) -- The World Media Summit is "a fascinating initiative," and its importance is increasing during the years, a senior Brazilian press group executive told Xinhua Monday in an interview.

On the sidelines of the fourth meeting of the World Media Summit (WMS) presidium, Uira Machado, deputy-managing editor of Folha de S. Paulo Press Group of Brazil, said the challenges that the media faced 10 years ago "are not essential challenges right now," adding that the industry faces two major challenges in the areas of business and safety.

Machado noted that the first one relates to the business model, as revenues of media outlets are shrinking because of the rise of technology giants such as Google and Facebook.

At the WMS presidium meeting on Monday, delegates agreed that the fourth WMS, to be hosted by Xinhua News Agency, will take place in 2020 in Beijing.

"I think it's very important to have it these days," Machado said, adding the WMS provides a channel for media outlets to get together and reach consensus on some principles that are common to all.

Machado said he expects that next year's WMS will have some initiatives about fostering media literacy.

"I think media literacy can have two important consequences. The first one is having more young people consuming news, and the other one is making people realize the difference between fake news and news itself," he said.

Machado also pointed out the importance of multilateral cooperation in the media and communication dimension.

As both Brazil and China are relatively large in terms of population, land area, and economic volume, they should seek a bigger role in international communication to make their voice heard, he added.