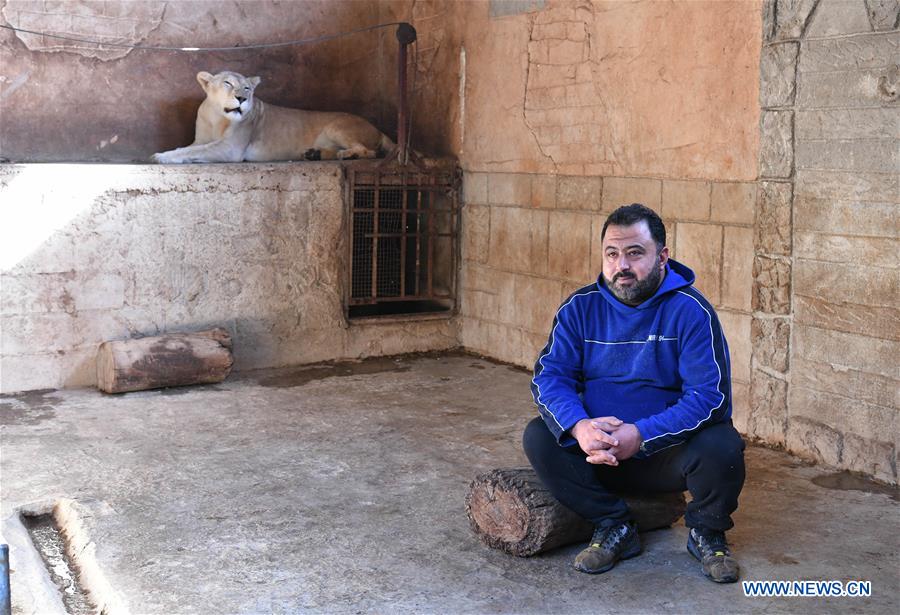 Samer al-Homsi, a 43-year-old animal collector, sits inside a cage with a lioness at his private zoo in Jaramana, suburb of Damascus, capital of Syria, on Nov. 11, 2019. During the Syrian war and the calamities that have come along, people's dreams seem to have been put on hold. But for Samer al-Homsi, the war was no reason to quit on his dream of developing the best zoo in Syria. (Photo by Ammar Safarjalani/Xinhua)