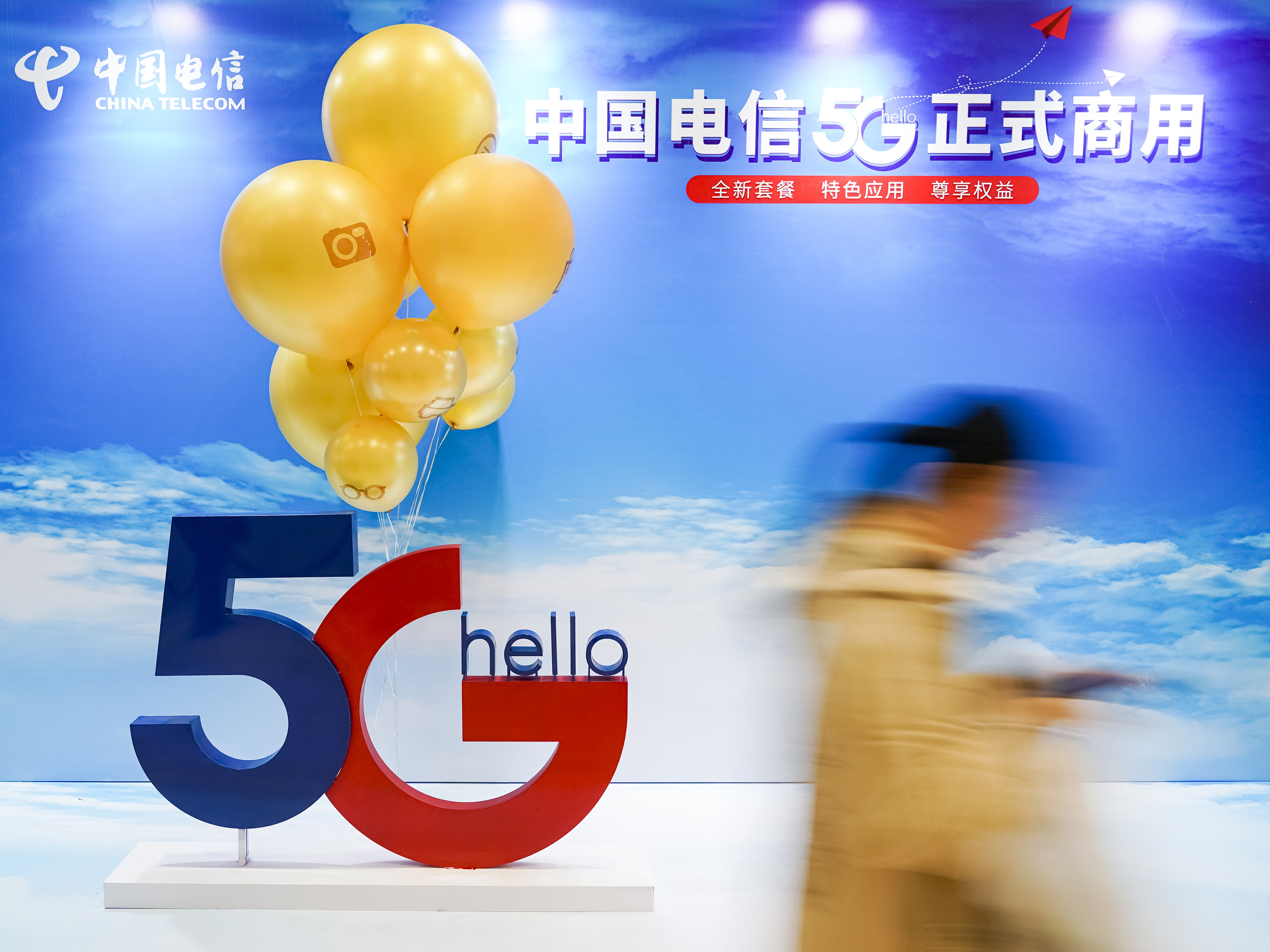 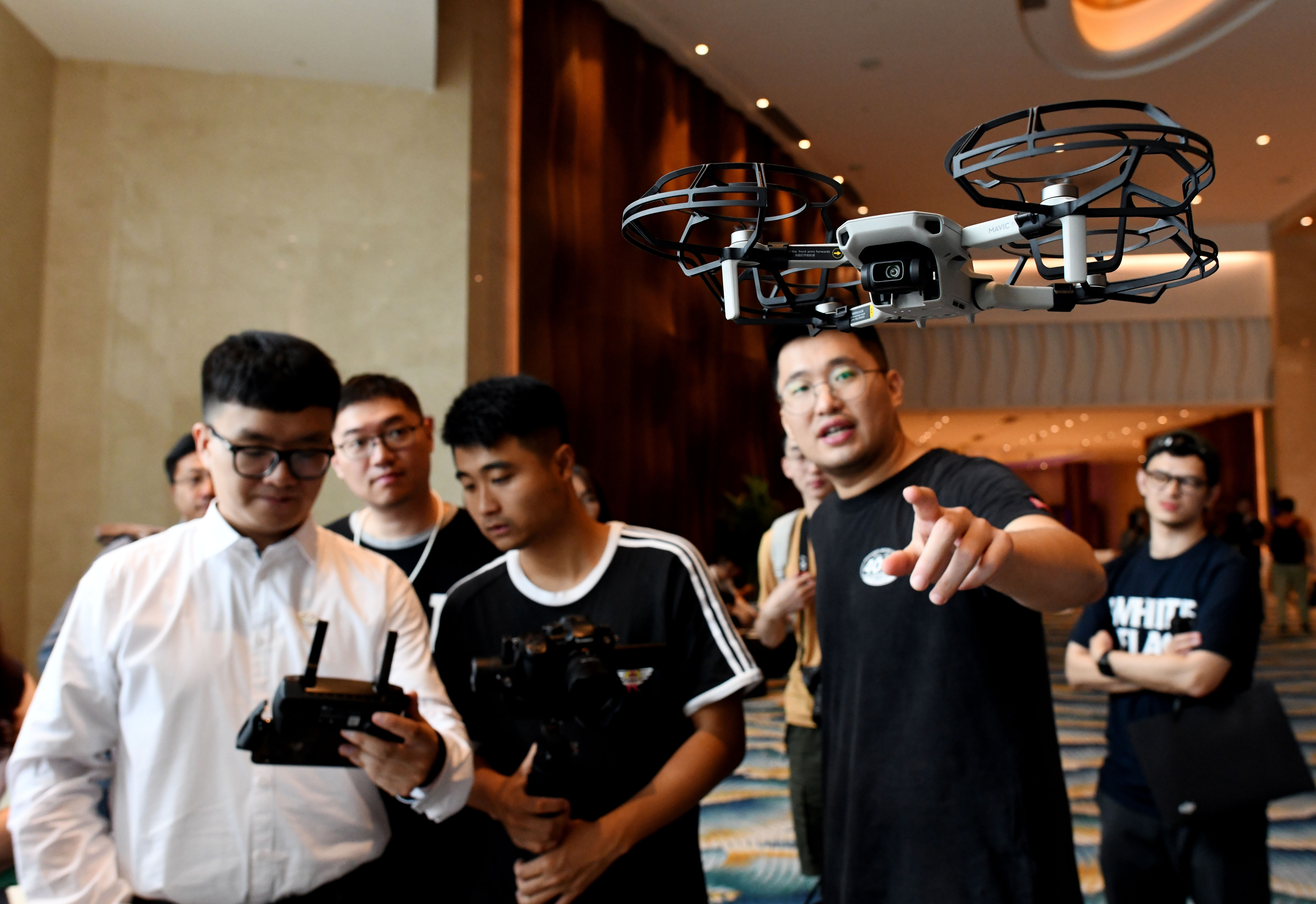 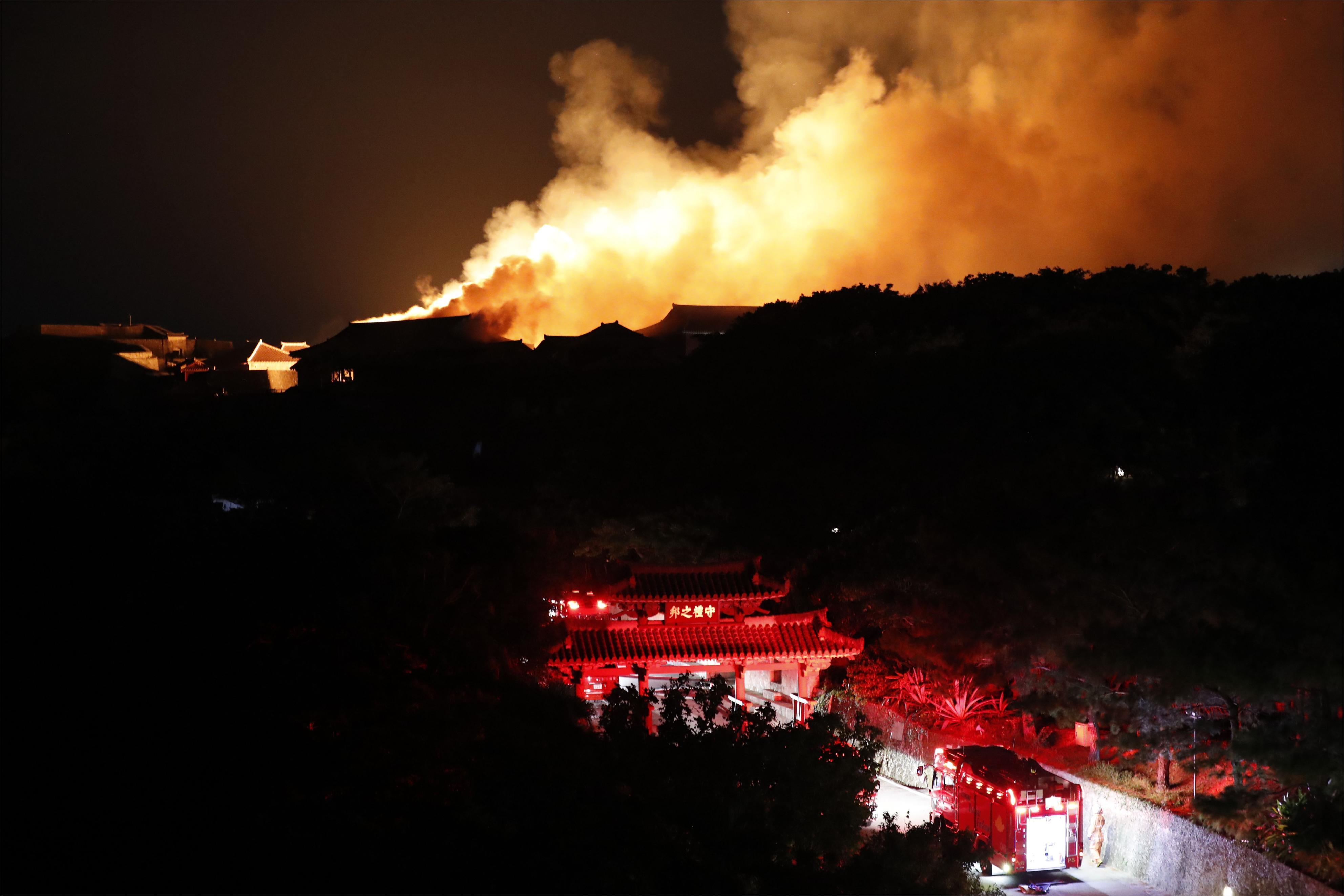 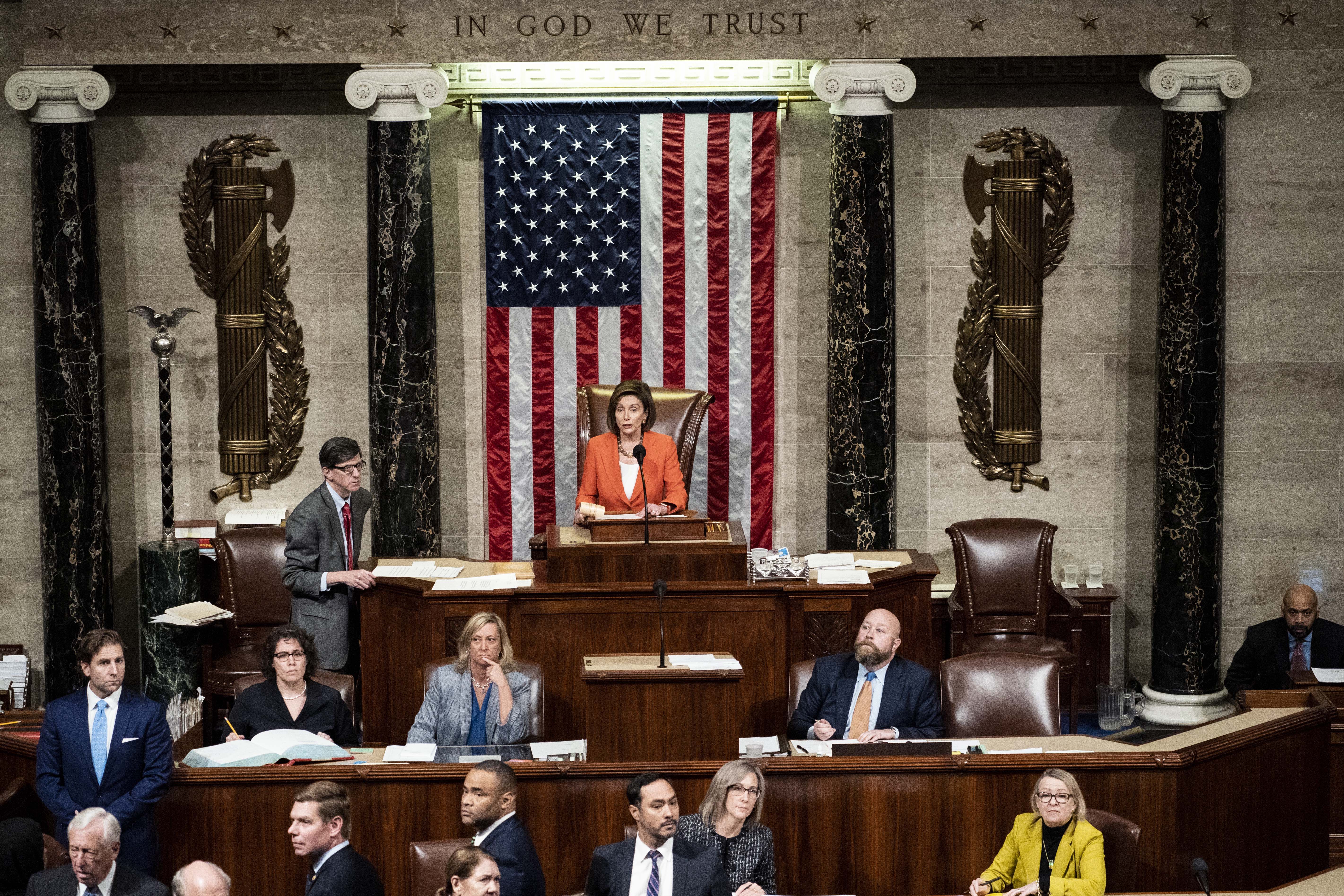 U.S. House Speaker Nancy Pelosi (rear, C) presides over a vote by the House of Representatives on a resolution formalizing an impeachment inquiry into President Donald Trump, on Capitol Hill in Washington D.C., the United States, on Oct. 31, 2019. The U.S. House of Representatives voted on Thursday to approve a resolution designed to formalize proceedings of an impeachment inquiry into President Donald Trump. (Melina Mara/Pool via Xinhua) 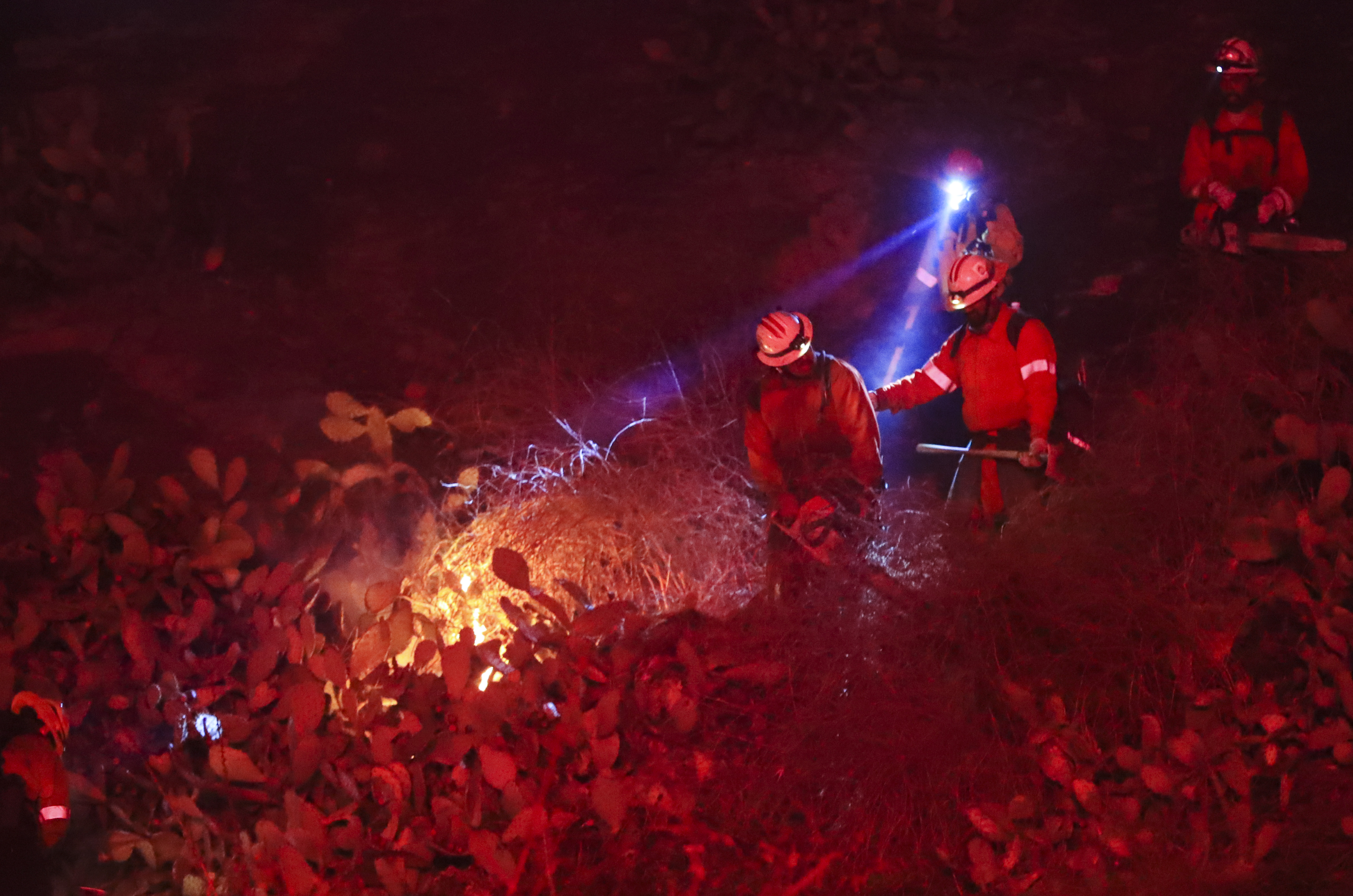 Firefighters work to put out a wildfire in Fullerton, California, the United States, on Oct. 30, 2019. As of Wednesday, as many as 10 brutal wildfires were burning throughout the Golden State. The latest one is the Castlewood Fire in Fullerton, which was ignited Wednesday evening. (Xinhua/Li Ying) 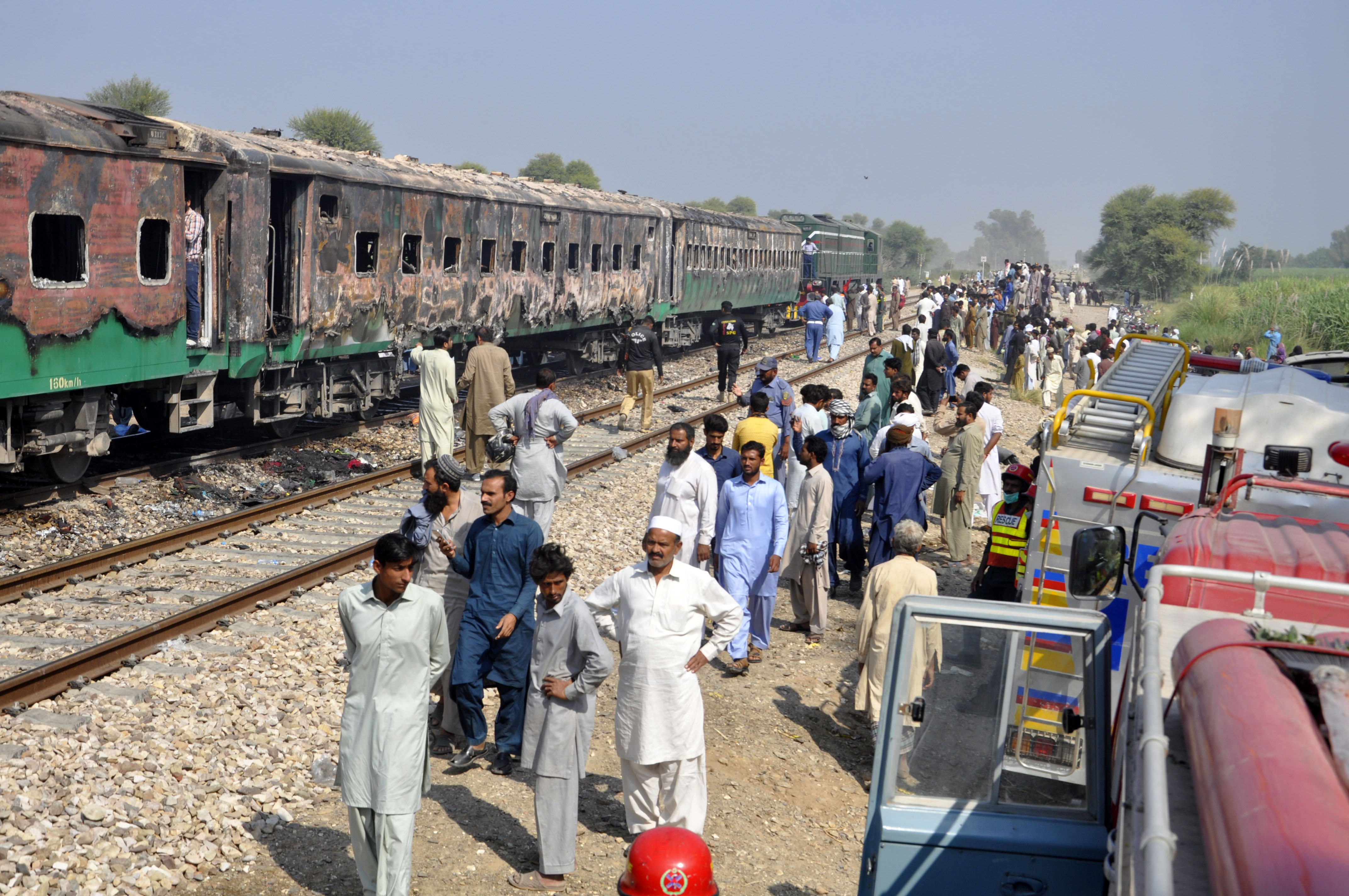 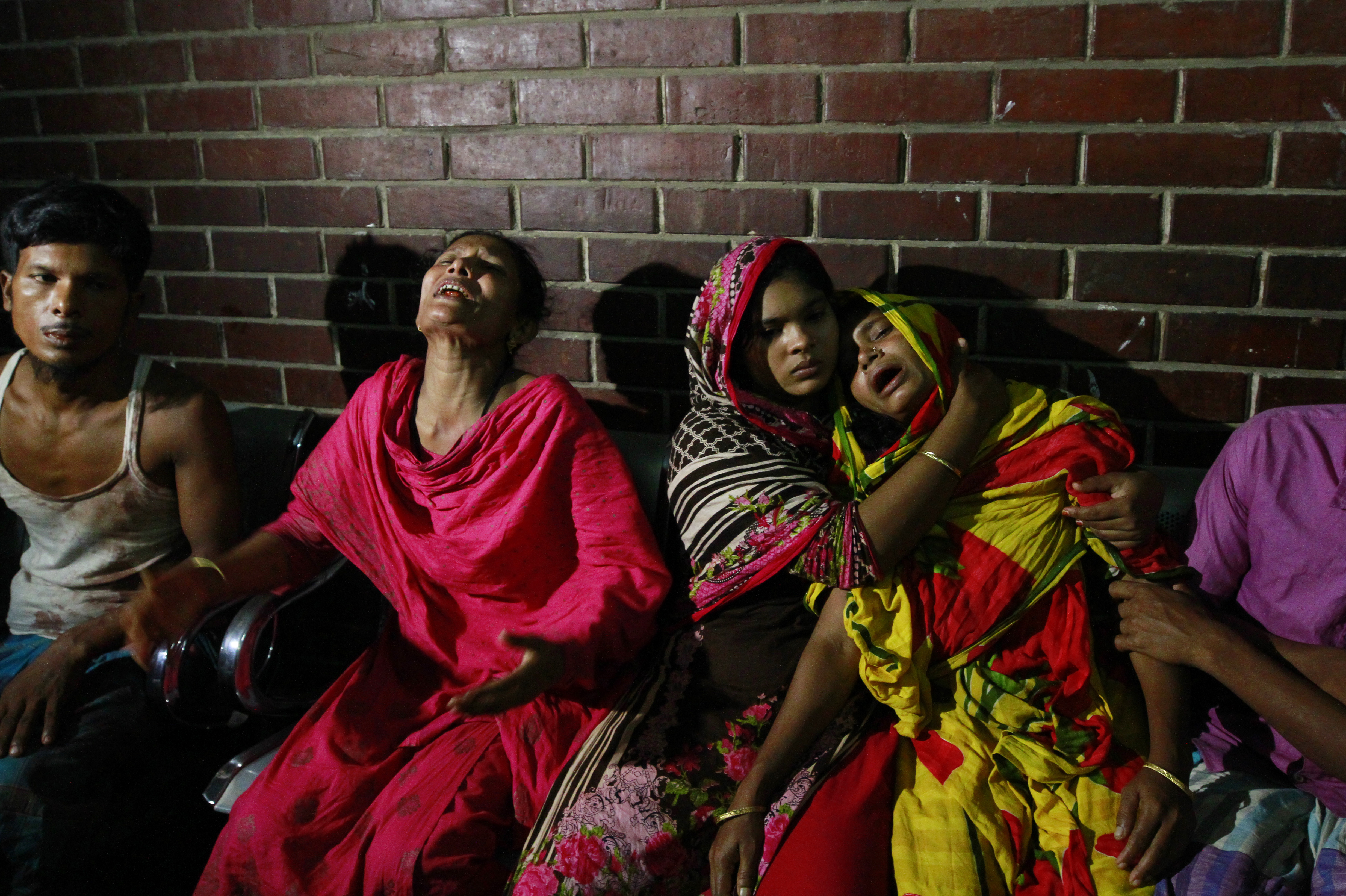 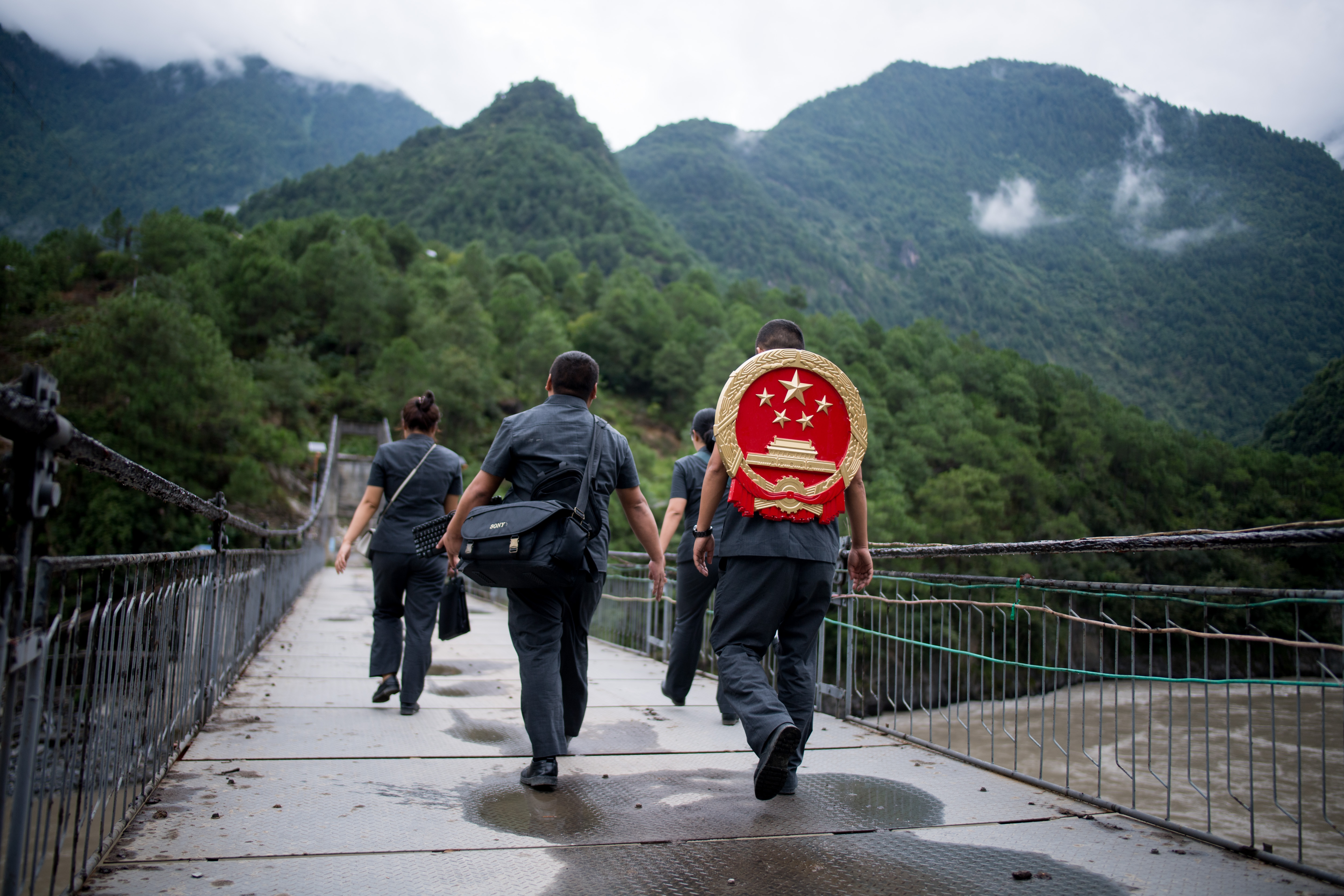 Deng Xing, a judge of the People's Court of Gongshan County, carries the national emblem on his back, walks with his colleagues on a bridge over the Nujiang River in Nujiang Lisu Autonomous Prefecture, southwest China's Yunnan Province, Aug. 30, 2019. Deng Xing, a man of Lisu ethnic group, comes from a small village nestled at the valley and has worked in the court for over 20 years in the Nujiang Lisu Autonomous Prefecture. The transportation in the prefecture is extremely inconvenient because 98 percent of the prefecture is mountains and valleys. To better provide legal services to local residents, Deng usually carries the national emblem on his back and walks to carry out his work in rural areas. Locally, there are few judges who can speak Lisu language. Deng's ability of speaking Lisu language appears especially important. Every year, he visits more than 50 villages and towns, traveling near 10,000 kilometers. He hopes disputes between locals could be solved through peaceful or mediatory ways. (Xinhua/Jiang Wenyao) 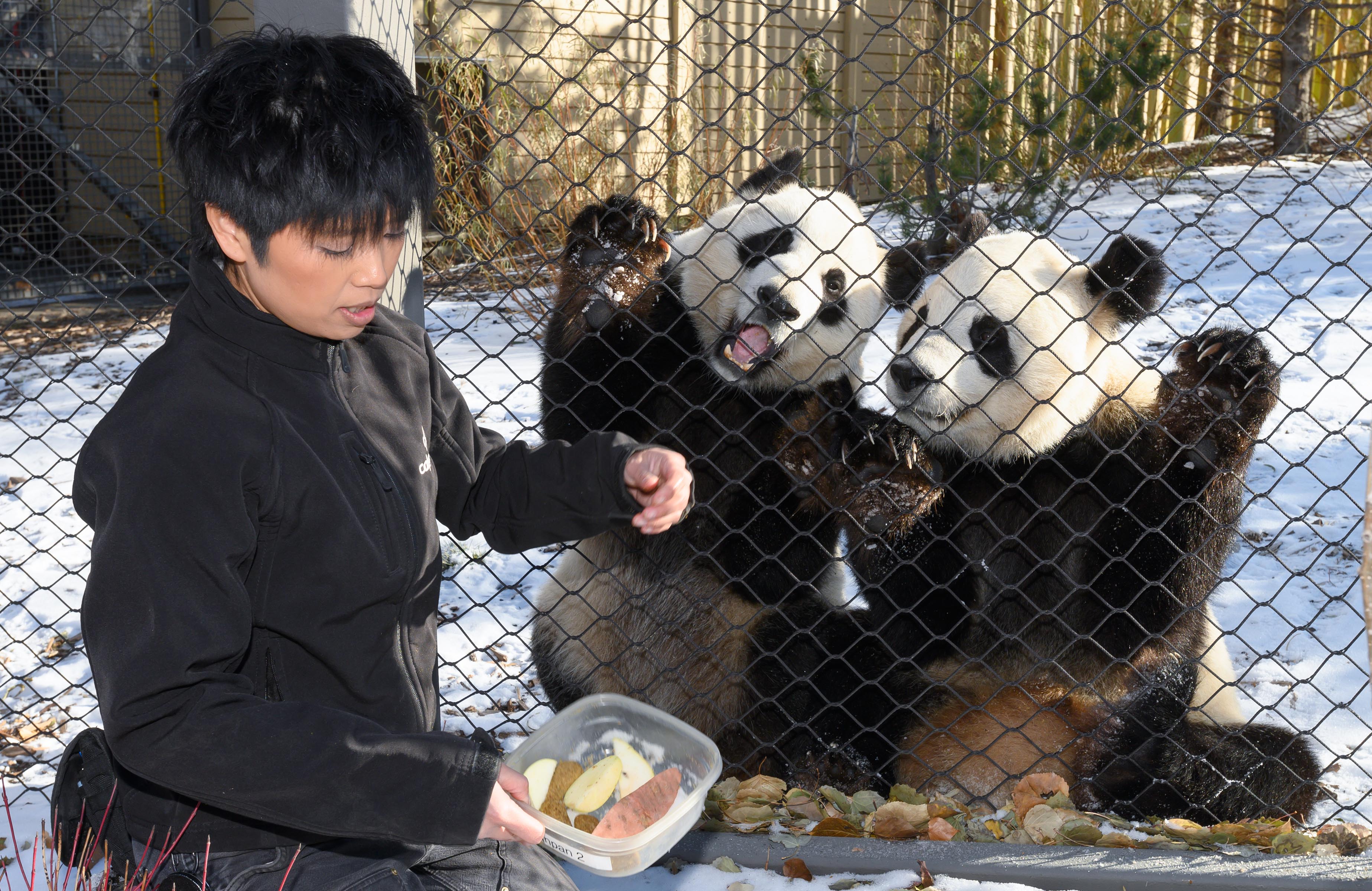 A keeper feeds panda cubs Jia Panpan and Jia Yueyue in the Calgary Zoo, Canada, Oct. 30, 2019. Panda cubs Jia Panpan and Jia Yueyue in Canada's Calgary Zoo will be moving to the Giant Panda Research Base in Chengdu, capital of China's southwestern Sichuan Province, in early 2020, according to the Calgary Zoo. Jia Panpan, a male, and Jia Yueyue, a female, came to Calgary city in March 2018, and they are now almost 4 years old. The panda twins are leaving Calgary as the term of their loan agreement between Canada and China has come to an end. (Photo by Andrew Soong/Xinhua) 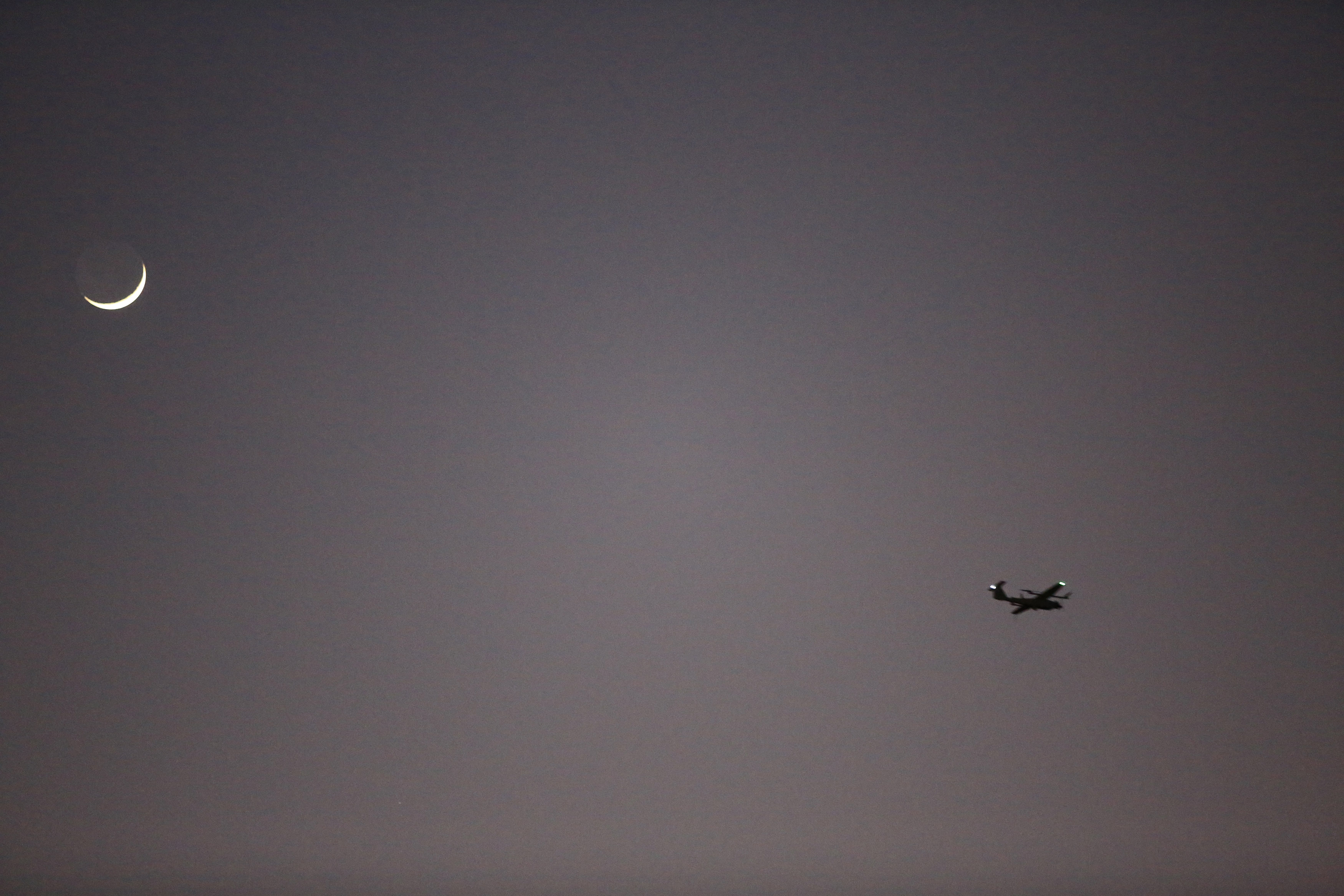 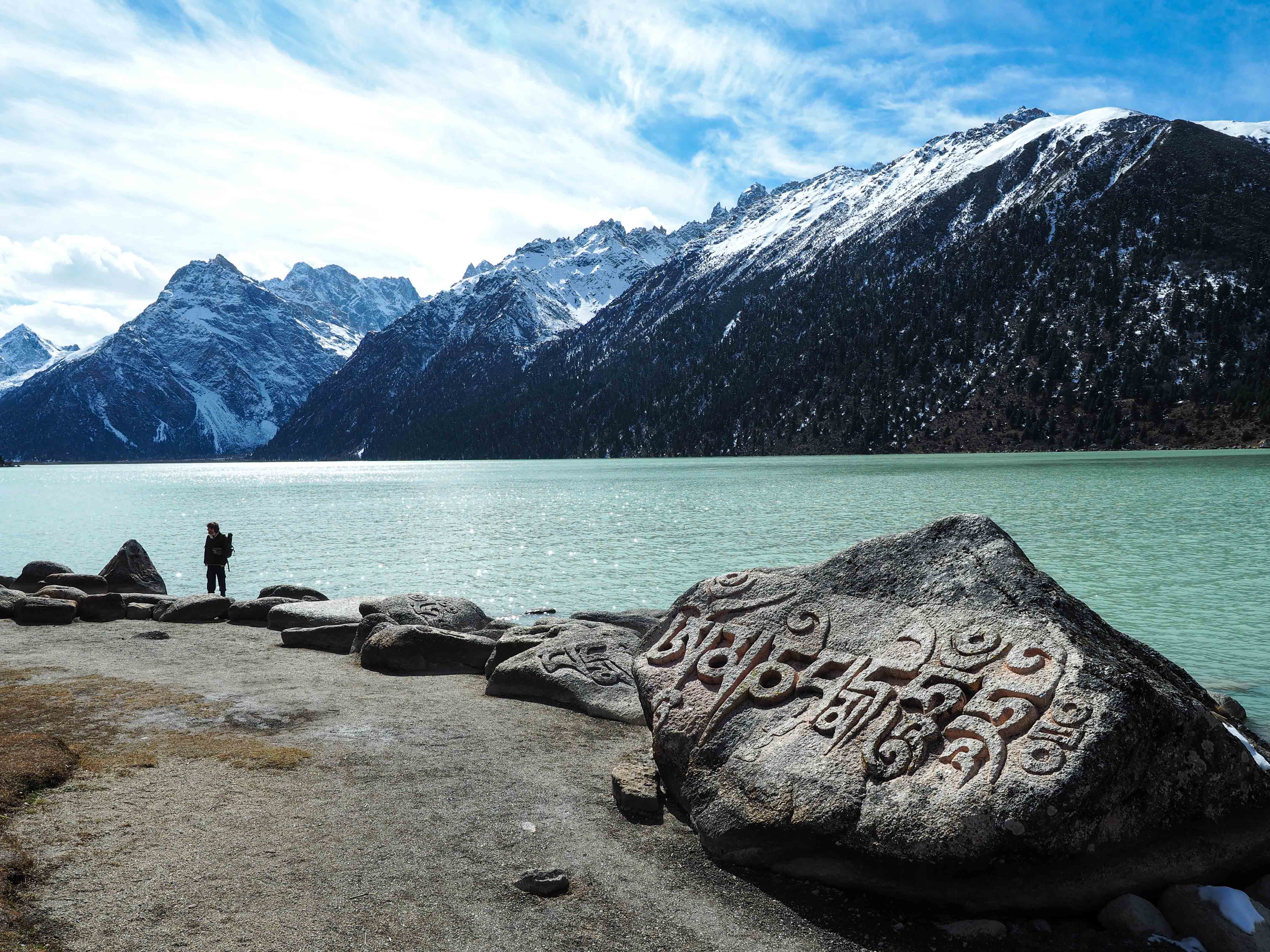 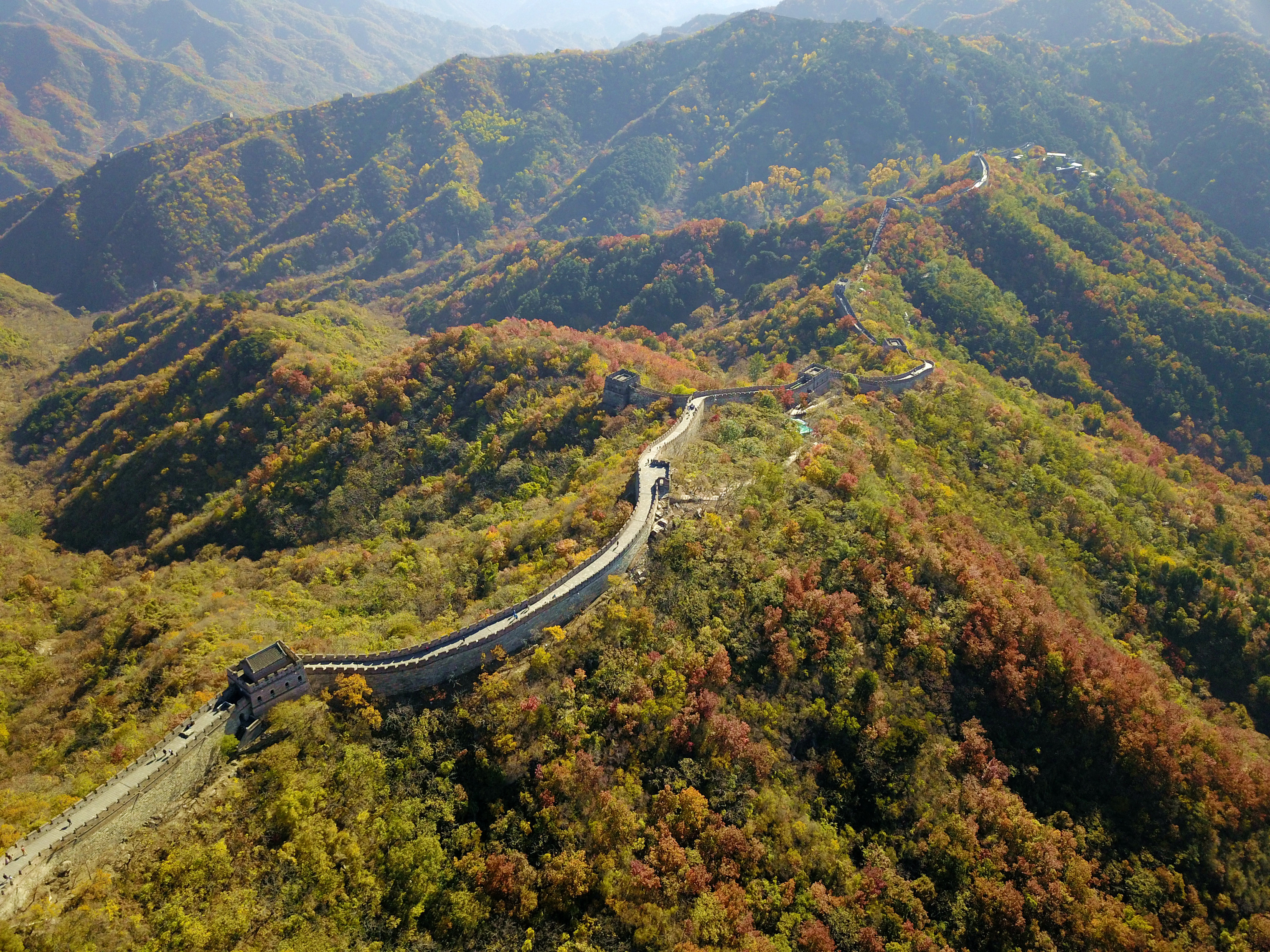 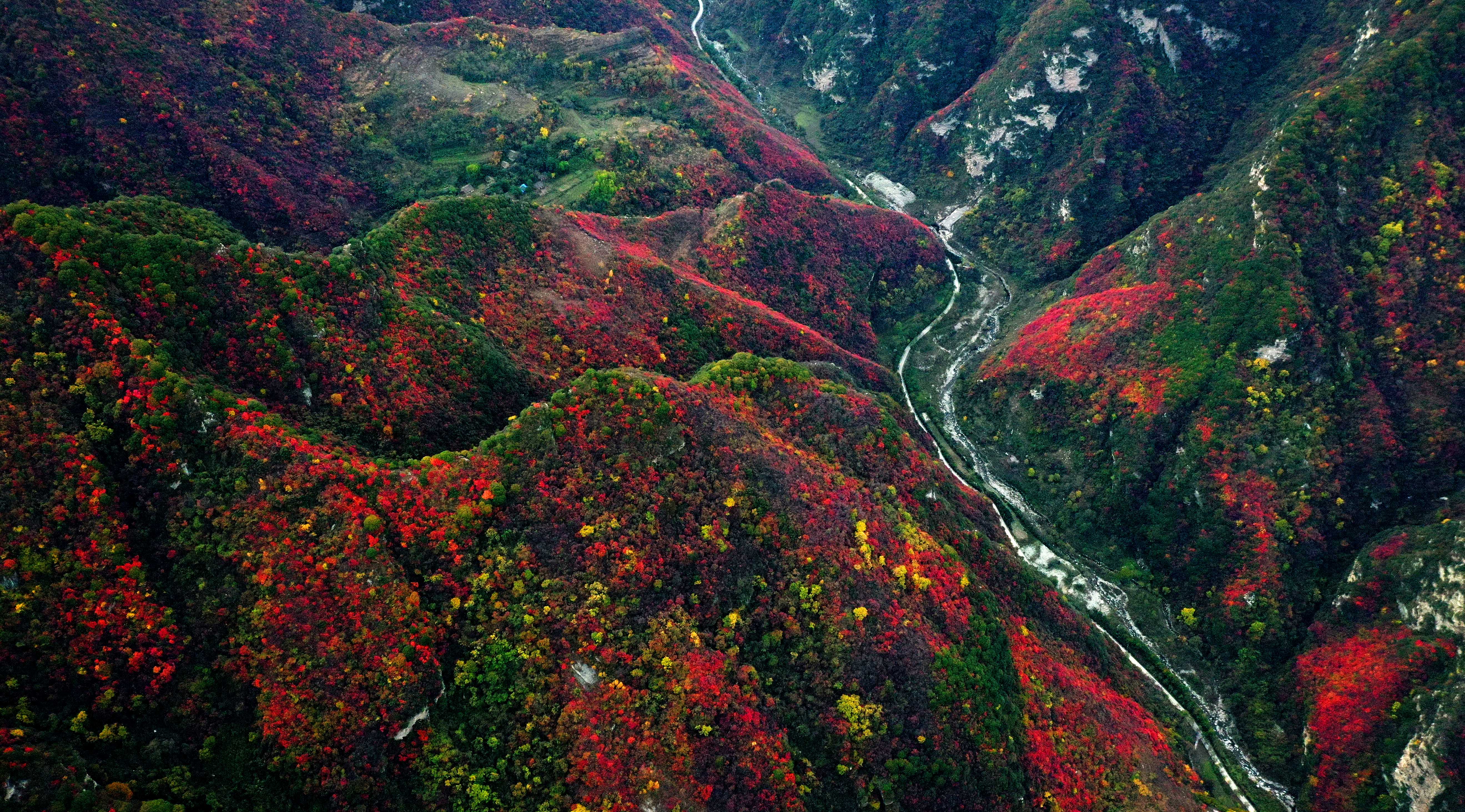 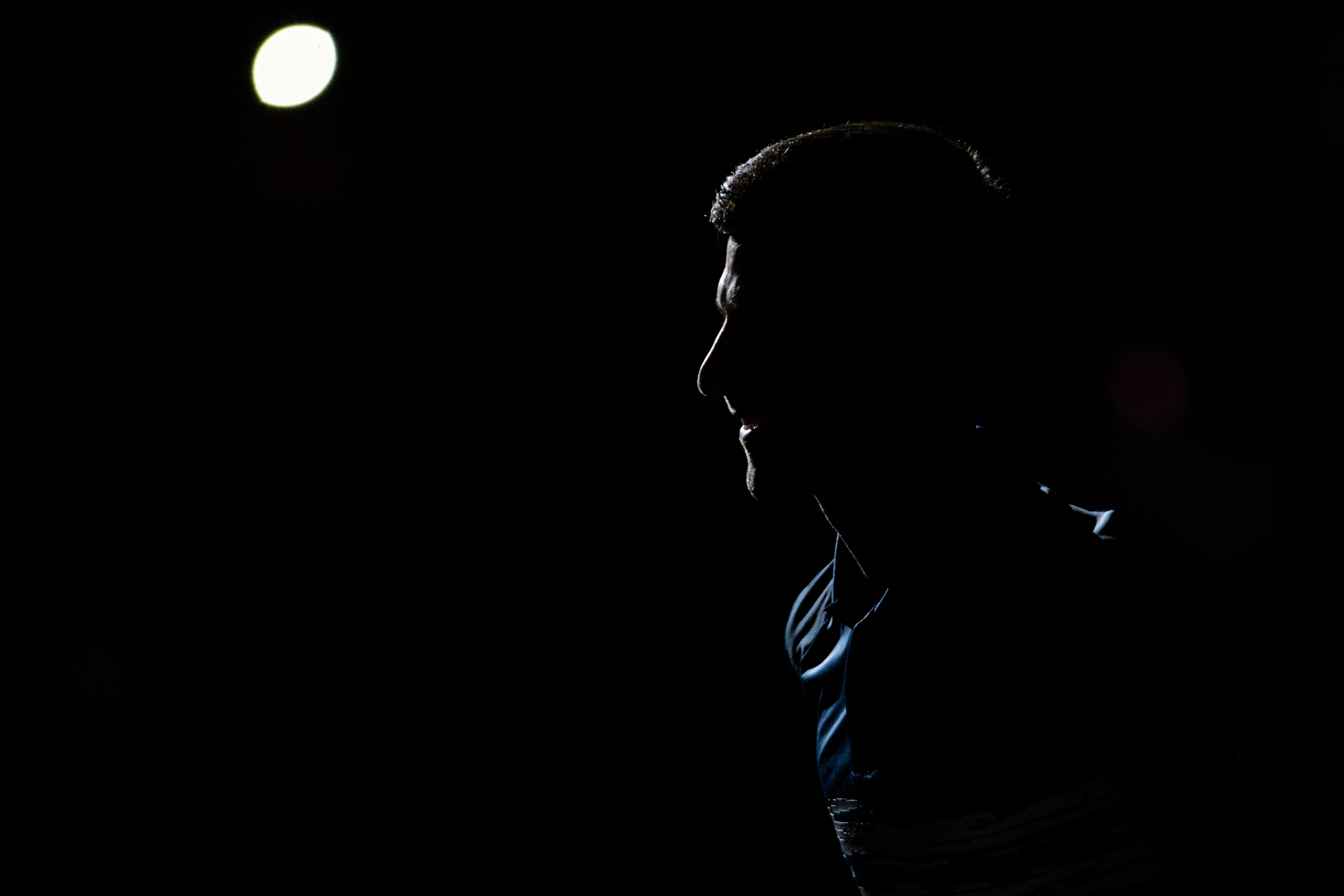 Novak Djokovic of Serbia looks on during the singles second round match against Corentin Moutet of France at the Rolex Paris Masters 1000 held at the AccorHotels Arena in Paris, France, Oct. 30, 2019. (Photo by Aurelien Morissard/Xinhua) 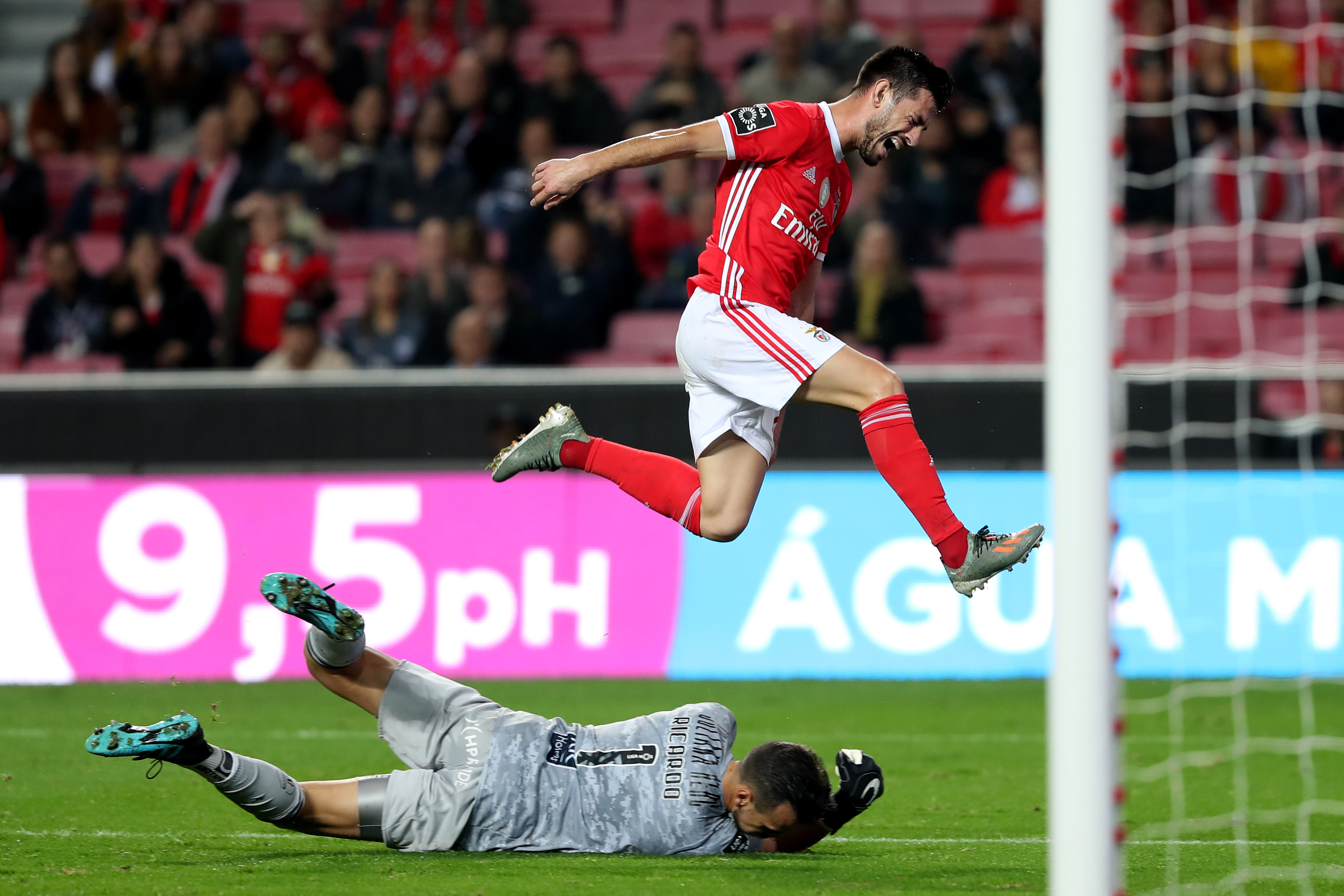 Pizzi (Top) of Benfica jumps over Portimonense's goalkeeper Ricardo Ferreira during their Portuguese League football match at the Luz stadium in Lisbon, Portugal, on Oct. 30, 2019. (Photo by Pedro Fiuza/Xinhua)