Namisi Moses Apollo returned to Uganda in 2015 after studying in China for about seven years. He said teaching Chinese language and culture would help broaden local students' horizon and employment prospects, adding that it was his duty to promote the Chinese language to Ugandan youths.

NAIROBI, Oct. 27 (Xinhua) -- Namisi Moses Apollo has become a celebrity in the villages of Luwero district in central Uganda, where he has been teaching the Chinese language at Everest College for two years.

The 32-year-old teacher, who returned to his motherland in 2015 after studying in China for about seven years, has won the hearts and minds of local youths for his efforts to improve their future prospects by teaching them Chinese.

Namisi had previously taught Chinese at the Confucius Institute of Makerere University before relocating to the Everest College, where he introduced the Chinese language to the rural youths.

He told Xinhua in a recent interview that teaching Chinese language and culture would help broaden local students' horizon and employment prospects, adding that it was his duty to promote the Chinese language to Ugandan youths. The growing popularity of the Chinese language among Uganda's youths and the working population has inspired policymakers to include it in the national curriculum for schools.

Earlier this year, the Ugandan Ministry of Education introduced the Chinese language as a subject in secondary schools and the National Curriculum Development Centre (NCDC) to enable some 60,000 students to acquire the language in the next four years.

Uganda is not alone in adding the Chinese language to the school curriculum. Other African countries, including Tanzania, South Africa and Cameroon, have already made similar efforts. And Kenya is expected to follow suit in 2020.

In 2015, South Africa incorporated the Chinese language into the country's national curriculum. Besides having six Confucius Institutes, the second largest economy in Africa has rolled out Chinese language courses at 45 primary and secondary schools.

Chinese Ambassador to South Africa Lin Songtian said that Beijing has provided technical and financial support to improve Chinese language teaching in the country as part of bilateral cooperation.

"Over the past 16 years, China and South Africa have conducted all-round cooperation in such fields as inter-school exchanges, language teaching and academic research and achieved fruitful outcomes," Lin said at the Chinese Language Teaching in South Africa Gala Night held on Aug. 5.

Sept. 17 has been designated as South African Chinese Language Day to be observed annually, Lin said.

Angie Motshekga, South Africa's minister for basic education, said that teaching the Chinese language has been at the heart of education and cultural exchanges between Pretoria and Beijing.

"Language is key to enhancing mutual understanding and friendship between the two peoples. It has promoted exchanges and cooperation between China and South Africa," Motshekga said at South African Chinese Teaching Achievements Exhibition held in August.

Liu Yan, Chinese director of the Confucius Institute at University of Dar es Salaam, said that a total of 26 secondary schools in Tanzania are providing Chinese language classes.

The Cameroonian Ministry of Education incorporated Chinese into the national curriculum in 2012 and Chinese language courses are now being taught in some 140 middle schools. Since 2012, about 17,000 Cameroonian students have enrolled in the courses and are being taught by some 300 local tutors.

Kenyan officials said that plans to introduce Chinese language courses in schools in 2020 are in top gear.

The Chinese language is on high demand among Kenyans, according to Julius Jwan, chief executive officer of Kenya Institute of Curriculum Development (KICD).

"The role Beijing plays in Kenya's economy has impacted in many spheres," hence there is a "need to increase the number of Chinese speakers in the country," said Jwan. 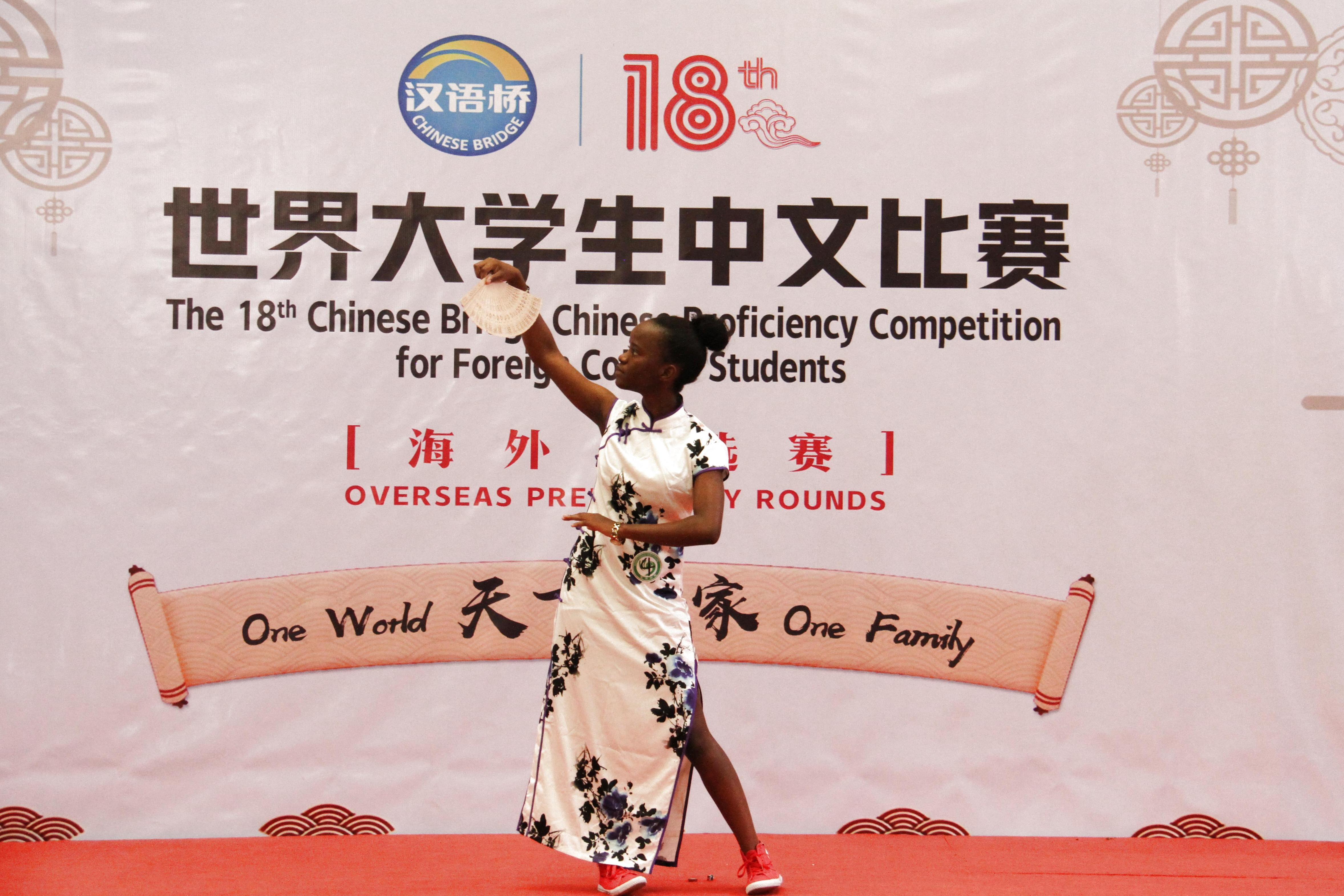 Boba Tidjani, a 12-year-old student in Cameroon's capital Yaounde, grew up loving Chinese movies and developed an interest in learning the language.

"The Chinese language is interesting ... Chinese will help me to become a diplomat tomorrow," Tidjani said.

In Tidjani's secondary school, a typical Chinese class begins with the students greeting the teacher in Chinese as she enters the classroom. The students are asked, most of the time, to pronounce words and give names of items in Chinese.

Tidjani's teacher Berenice Kweka has been teaching Chinese to more than 500 school children in the past three years.

"At first the students pay less attention, but with time they really love the language," Kweka said.

"When I enrolled in the Chinese classes in 2018, it was to pass the time, and out of curiosity. I never thought it would stir up my vision for greatness. Now I see it as a window of opportunity," said Mario Pinto, a ninth grader.

Raphael Tuju, secretary general of Kenya's ruling Jubilee Party, has been squeezing time to take Chinese language courses either at home or in office.

Prior to enrolling in the Chinese course last July, Tuju had made frequent official visits to China, developing a strong attachment to the culture, political and economic system of the world's second largest economy.

"I am a social scientist and it is very important to break the barriers in communication by learning other people's languages. The Chinese is one of the most ancient civilizations and it is a pity we have not prioritized the language and am impressing my children to learn it," said Tuju. 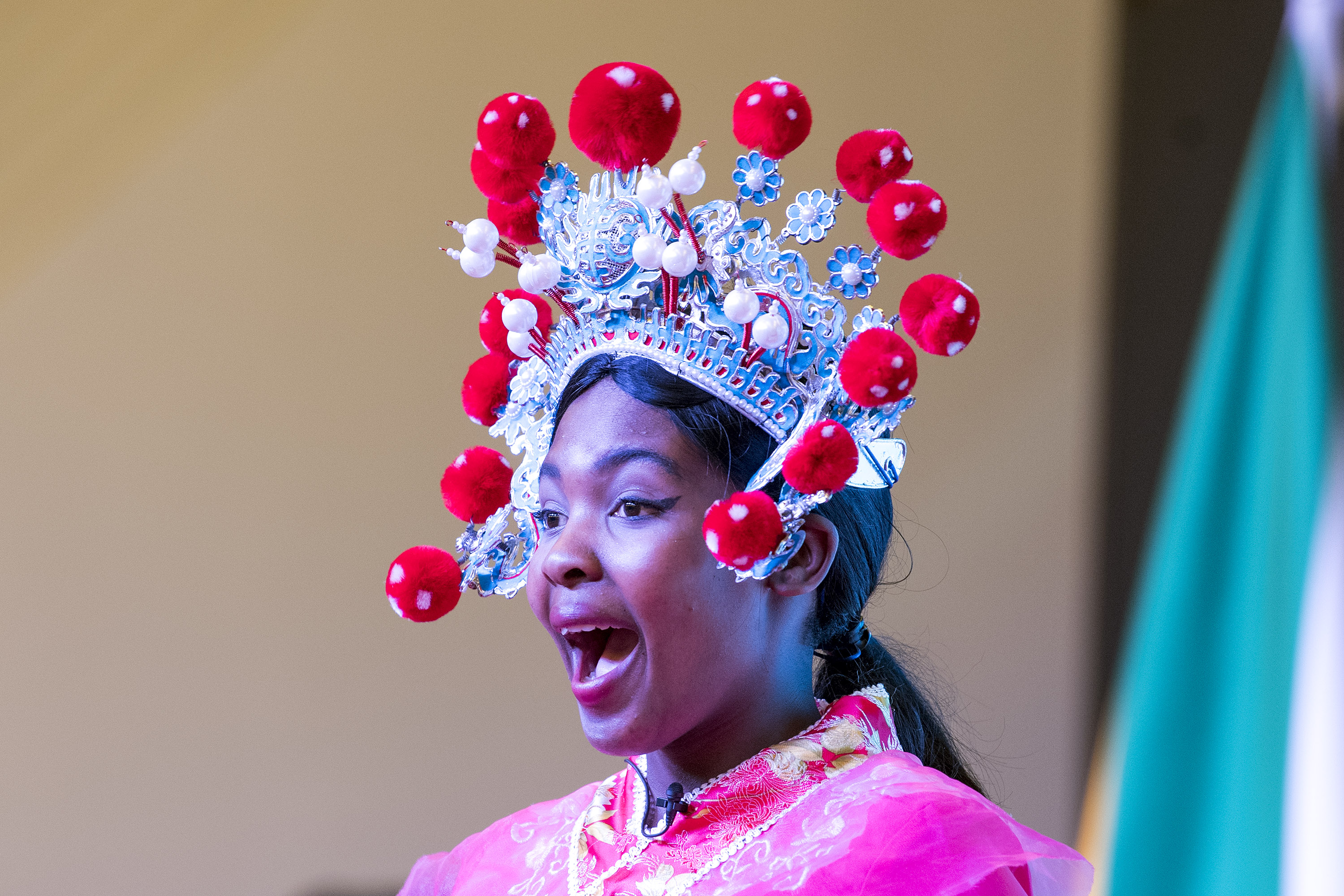 Jacobina Aumbandja, a Namibian youth who is studying Mandarin at the Confucius Institute at the University of Namibia, is convinced that it will help her achieve her career aspirations.

"I believe learning the Chinese language will offer career breakthroughs," said Aumbandja, adding that rigorous practice has enabled her to command a language that has attracted the attention of her peers.

African youths have started to learn Mandarin in droves with a firm conviction that it will boost their employment prospects as China-Africa economic and trade cooperation deepens.

Lai Wenjun, a volunteer Chinese language teacher with the Confucius Institute at the University of Namibia, said though some students would quit after finding it difficult to learn, many more continue with their efforts. "There are more students in my classes this year, compared with previous years."

According to Lai, opportunities and development programs that come with learning the language is a motivating factor for most learners.

"While some learners learn Mandarin out of curiosity, some of them spend more time on it for a specific purpose, like scholarships and to join summer camps, amongst others," Lai said.

Her words were echoed by Ayub Sooma, co-director of Uganda's Luyanzi College, who said African youths proficient in Chinese will be well positioned to reap the benefits of the China-proposed Belt and Road Initiative.

Taddeo Bwambale, a journalist with Uganda's state-owned New Vision Daily, said Ugandans who learn Mandarin have the opportunity to work in enterprises or agencies that transact with the Chinese people.

"It can also improve communication between Chinese and Ugandan communities. More Ugandans are turning to China for business and education opportunities, so learning the Chinese language will make it even better," Bwambale said.