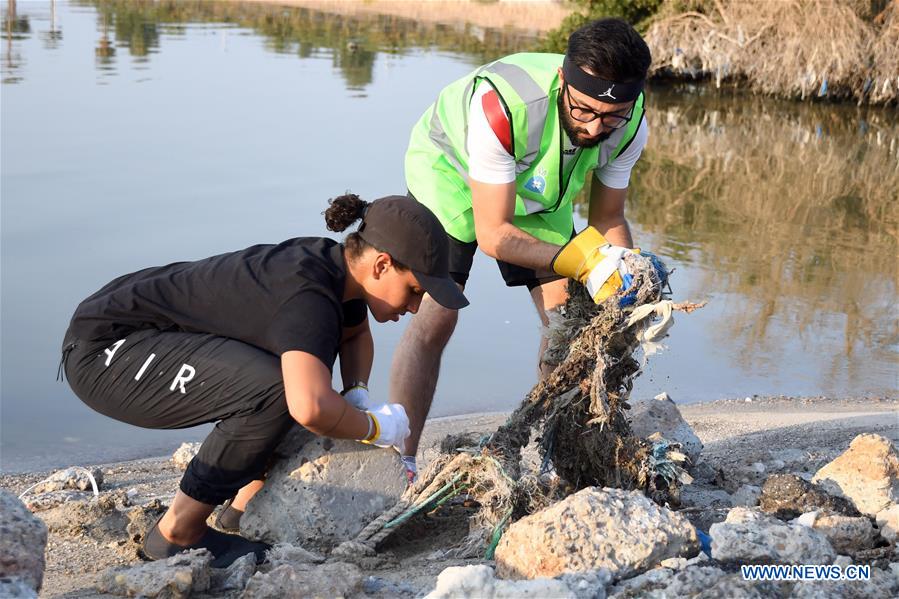 Volunteers collect trash on the sea beach in Kuwait City, Kuwait, on Oct. 19, 2019. A local group named Trashtag Kuwait launched a sea beach cleaning campaign in April this year. Every week the group organized events to clean sea beaches in Kuwait. According to Yousef Al-Shatti, one of the organizers of the event, the group consists of about 100 volunteers in Kuwait and aims to spread environmental awareness among people and reduce pollution. (Photo by Ghazy Qaffaf/Xinhua)