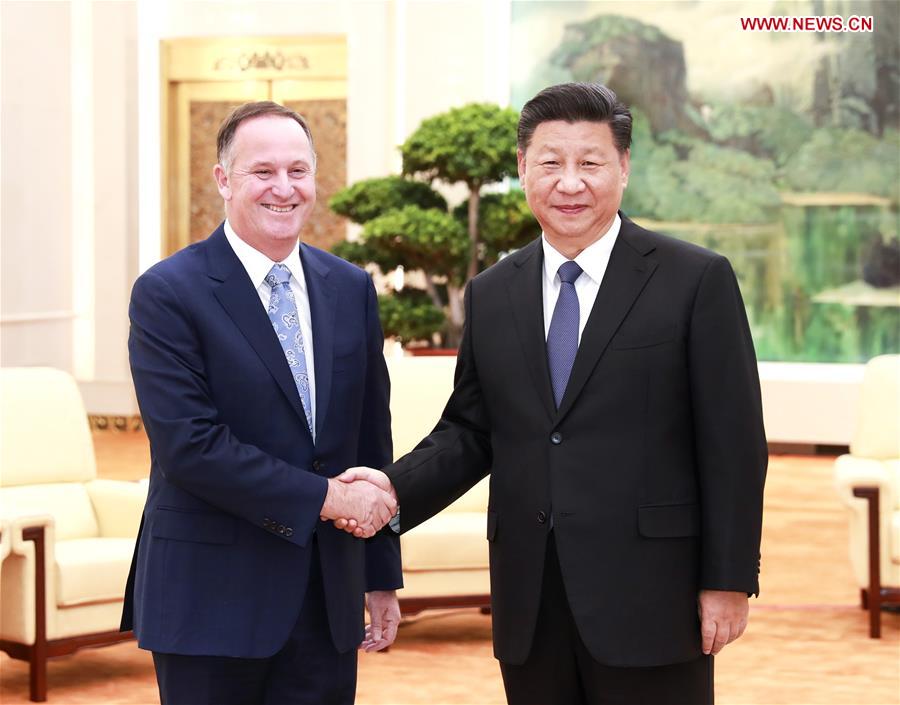 Noting that the situation in the world today has undergone profound and complicated changes, Xi said China has become even more willing to cooperate with other countries under the new situation.

China sticks to the path of peaceful development, said Xi, adding that China's door "will be open even wider to the world."

Xi said China welcomes all countries and their companies to grasp the opportunity provided by China's development to better realize mutual benefit.

Speaking highly of Key's active contribution to the China-New Zealand relations in his capacity as prime minister, Xi said he hopes that Key can continue to help enhance the friendship between the two peoples.

Key voiced warm congratulations on the 70th anniversary of the founding of the People's Republic of China.

China's development is an opportunity for the whole world, Key said.

He said he will continue to play an active role in promoting the understanding and cooperation between the two countries.