"The eight initiatives promote the integration of China's Belt and Road construction with African development strategies with dozens of tangible programs that really bring benefits to the African people," said Xu Jinghu, the special representative of the Chinese government on African affairs.

The first China-Africa Economic and Trade Expo held late June in central China's Changsha City, with an air route with east Africa's big city of Nairobi opened two weeks ahead of the expo.

In 2018, trade volume between China and Africa amounted to 204.2 billion dollars, up 20 percent year on year.

NAIROBI, Sept. 3 (Xinhua) -- Malagasy farmer Georges Ranaivomanana can finally afford enough bricks to build his own house this year thanks to the growing of hybrid rice introduced by Chinese experts. 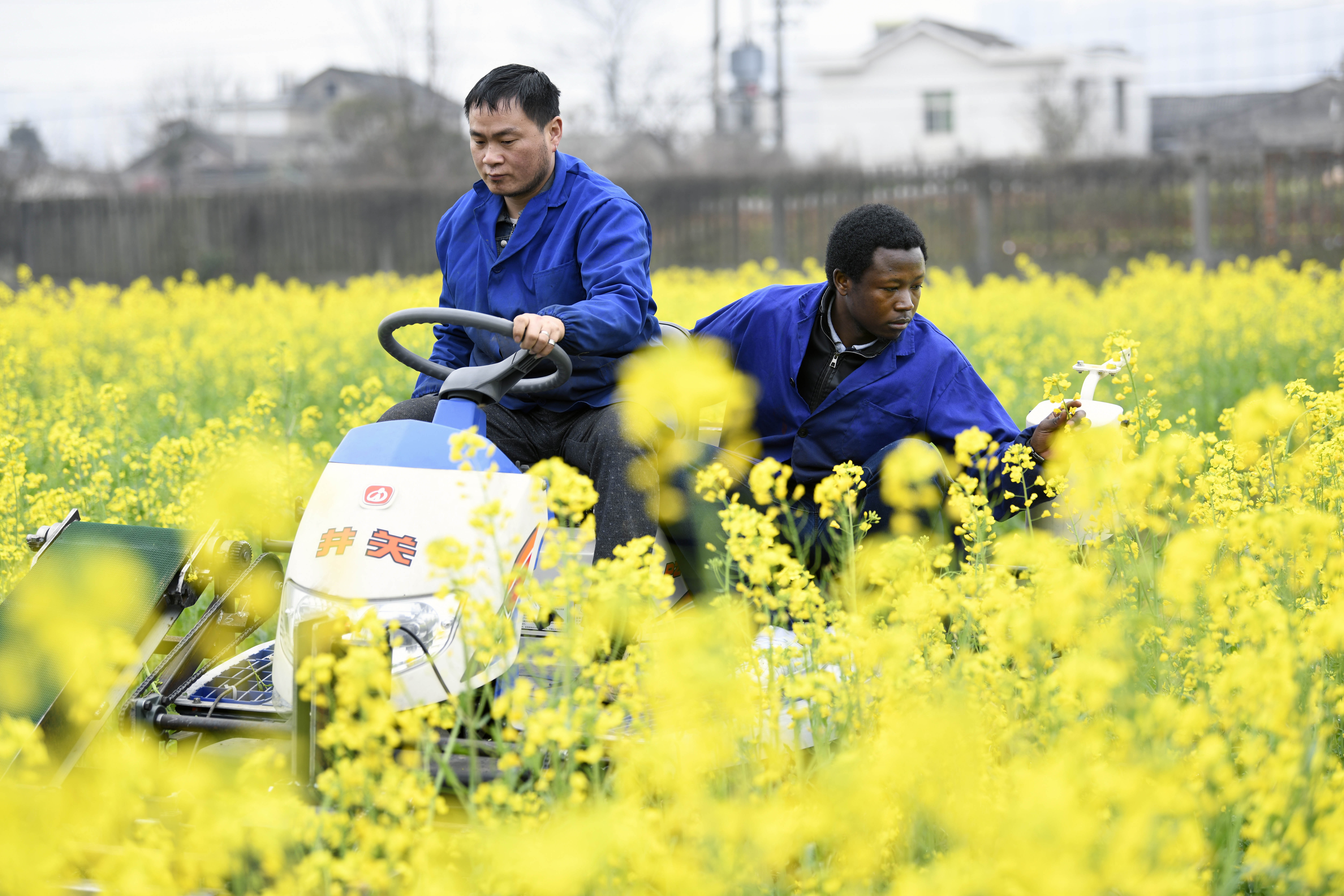 "If all Malagasies use hybrid rice, Madagascar will be able to export rice," he said.

In May, the China National Hybrid Rice Research and Development Center set up a research center in Madagascar, partnering with the country's agriculture ministry and local companies. The Chinese experts have successfully bred a number of hybrid rice types that suit the local climate with the highest yield of 10.8 tons per hectare.

Ranaivomanana is just one of hundreds of thousands of beneficiaries from the booming cooperation between China and Africa.

"The eight initiatives promote the integration of China's Belt and Road construction with African development strategies with dozens of tangible programs that really bring benefits to the African people," said Xu Jinghu, the special representative of the Chinese government on African affairs. 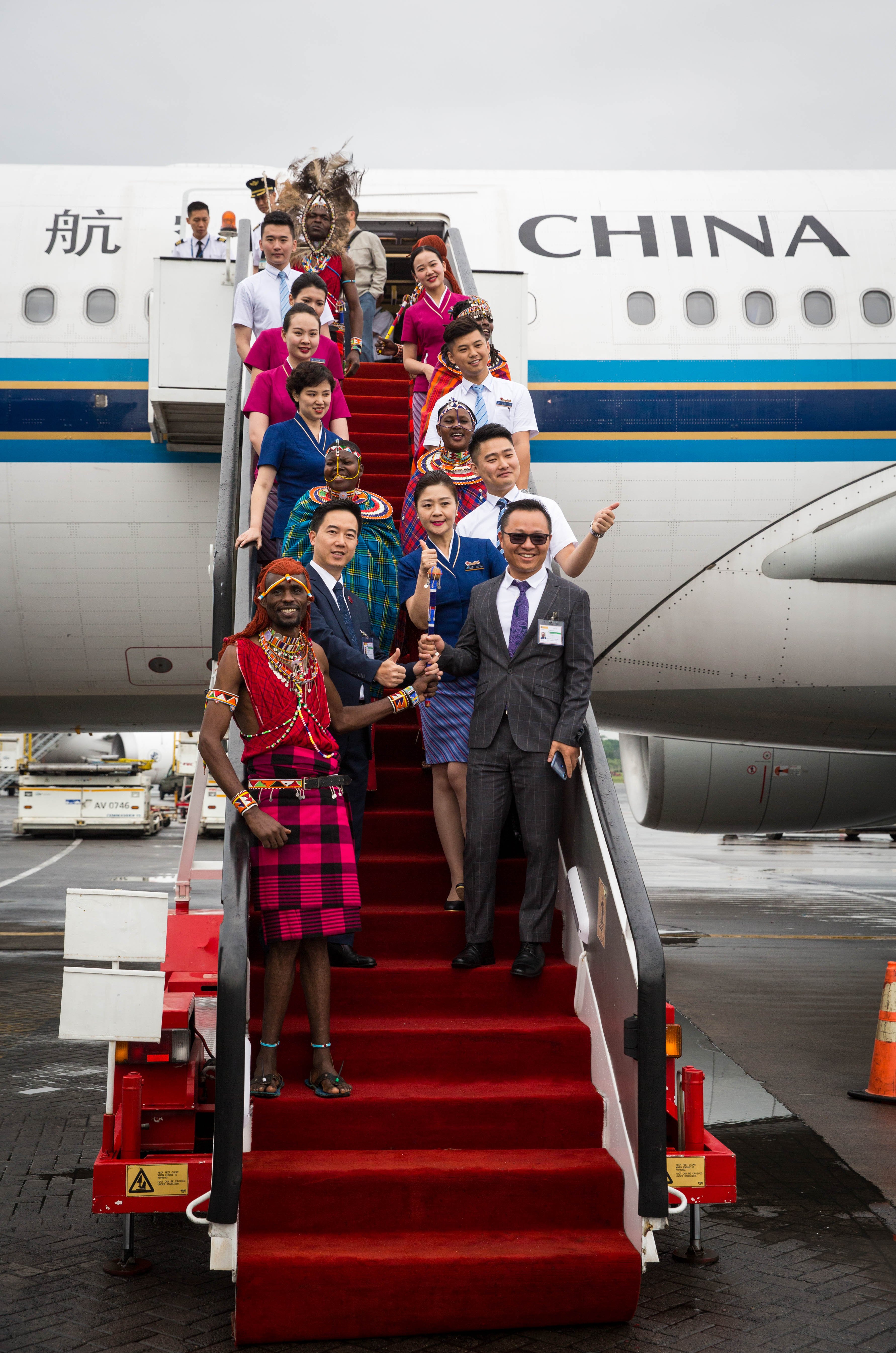 The past year witnessed China's commitment to fulfilling those promises.

The first China-Africa Economic and Trade Expo held late June in central China's Changsha City, with an air route with east Africa's big city of Nairobi opened two weeks ahead of the expo.

A total of 84 deals worth 20.8 billion U.S. dollars were reached in trade, agriculture, tourism and other fields during the three-day event, which attracted more than 10,000 guests and traders, including those from 53 African countries.

Nigeria's Jigawa State government signed a bilateral agreement with China's Hunan Province on the sidelines of the expo to boost the state's capacity in rice production. 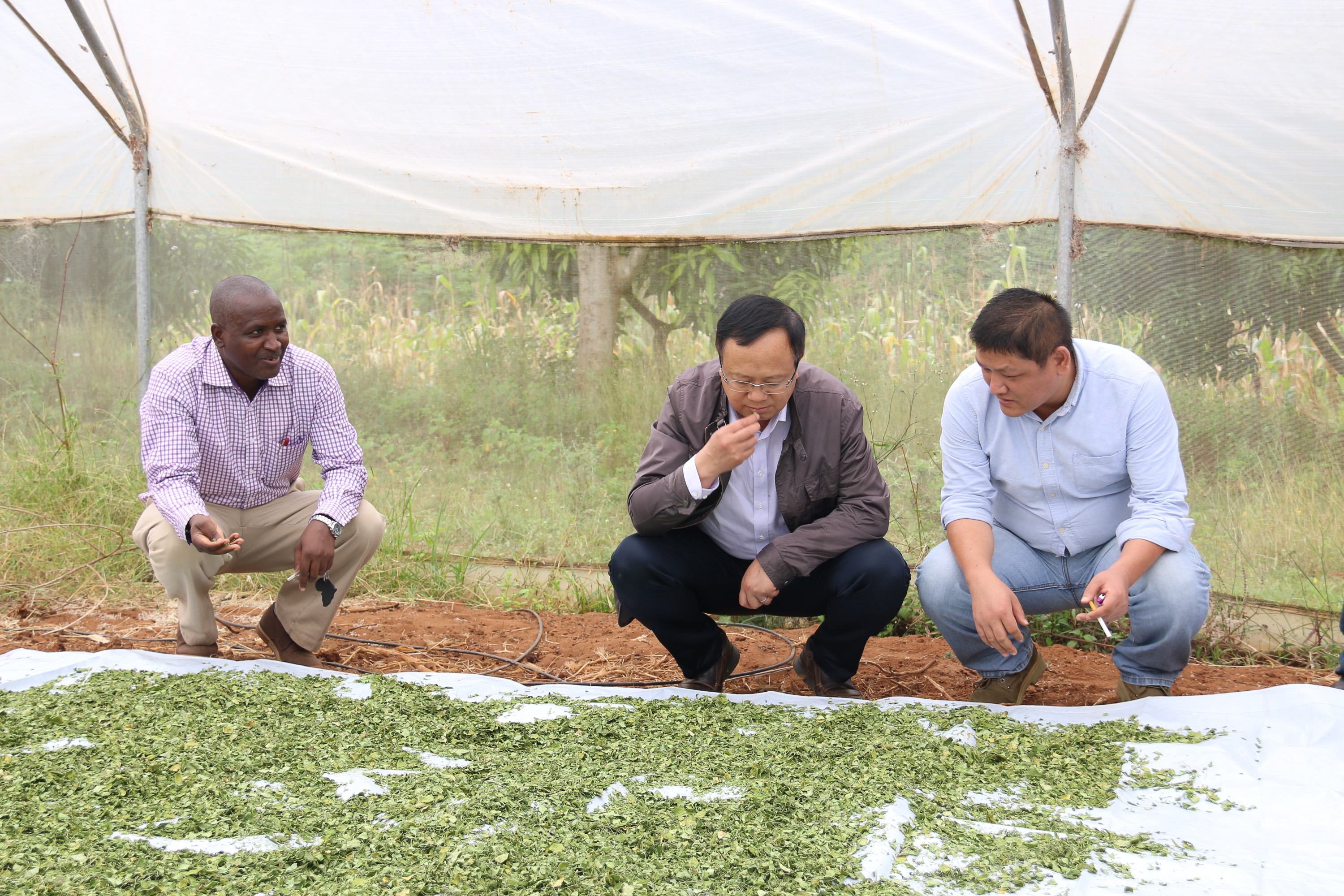 Gambo Ibrahim Aliyu, permanent secretary of the state's Ministry of Agriculture and Natural Resources, expressed optimism that the partnership would give Jigawa's highly-valued crops more access to the Chinese market, while increasing import of Chinese agricultural technology to the state.

China has been Africa's biggest trading partner for 10 consecutive years, with an accumulated investment of over 110 billion dollars. In 2018, trade volume between China and Africa amounted to 204.2 billion dollars, up 20 percent year on year.

Abdulkerim Yasin, a businessman in Ethiopia's eastern city of Dire Dawa, is hopeful that the commissioning of the industrial park would revive the business environment in the city and its surroundings.

"Presently, I'm much focused on the import sector," Yasin told Xinhua. "Once the industrial park starts operations, I am planning to commit both in the import and export sector(s) by forging partnerships (with) some of the factories that are set to start their production inside the park."

Drawing on China's development experience, Ethiopia will have about 15 industrial parks within years, mostly built by Chinese companies and with Chinese technologies.

According to figures from the Ethiopia Investment Commission, Ethiopia has earned 142 million dollars in exports from Chinese-built industrial parks during the 2018-2019 Ethiopian fiscal year, up 50 percent year-on-year.

Manzi is one of 30 Rwanda students enrolled in the "International Business Cross-border E-Commerce" class. They will spend four years in Hangzhou, where the e-commerce giant Alibaba is based, studying subjects including the Internet, international trade and cross-border e-commerce.

The project is a key part of the agreement signed last year between the Rwandan government and Alibaba to build the Electronic World Trade Platform that aims to promote small and medium-sized enterprises to participate in cross-border electronic trade. 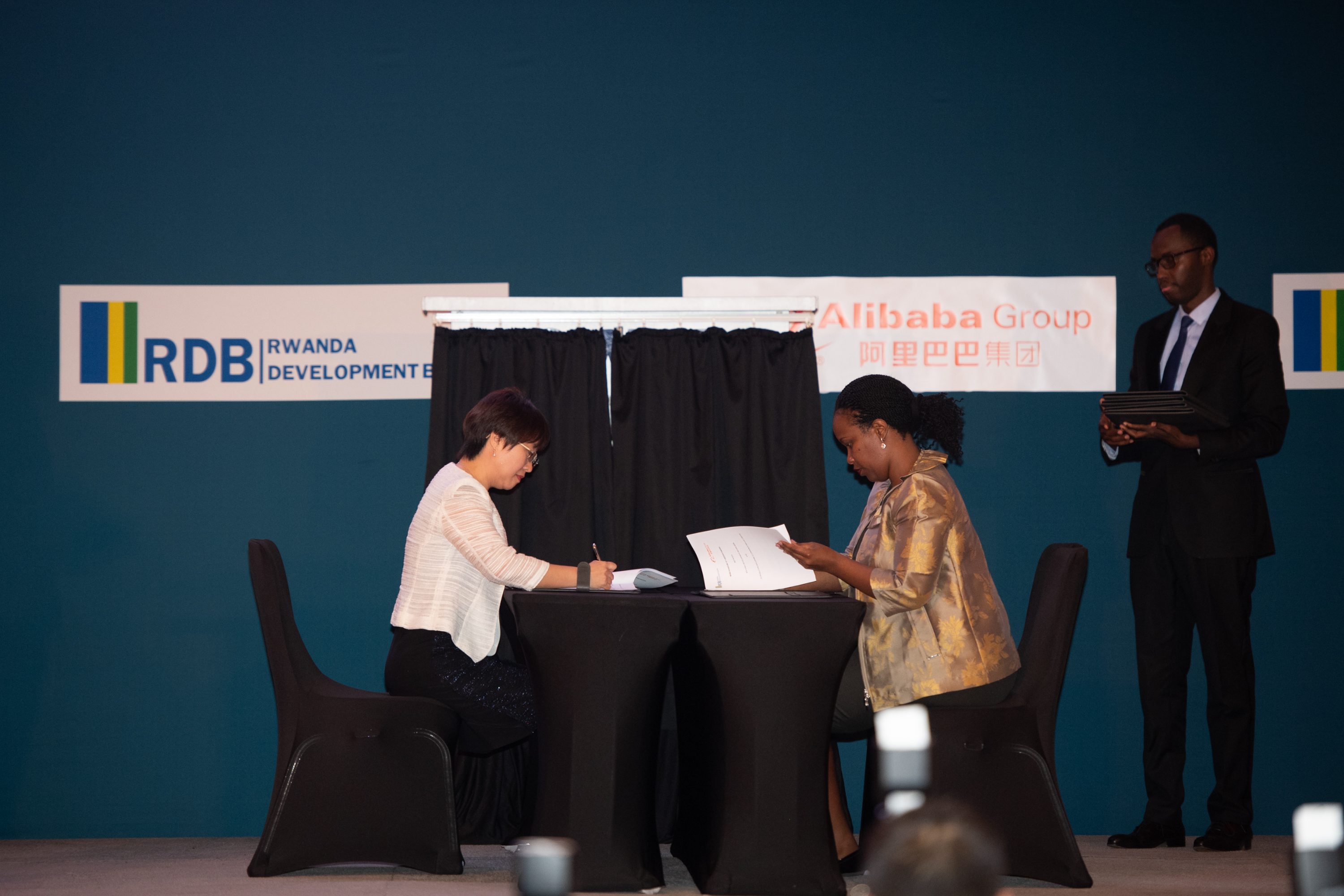 "It will help me grow in terms of business, ideas and innovations, and I will bring them (back) to Rwandans." said Manzi. "Digital business is a main form of business in the world, which will help Rwandans develop economy and skills."

Chinese experience has offered references and opportunities for Africa's development and prosperity, observers have said.

In Namibia, Basil Karedzera, a clearing and forwarding agent in the city of Walvis Bay who handles vehicles bound for landlocked countries like Botswana and Zambia, said a new Chinese-built port terminal, with a carrying capacity of some 750,000 containers, is going to make business transactions smoother.

"The container terminal with the larger carrying capacity will now ensure that our goods will not immediately be sent to privately owned storage facilities which often charged us an arm and a leg for storage fees," he said.

The new port terminal, constructed by China Harbor Engineering Company, which also features a dedicated cruise liner berth and a marina breakwater, is expected to encourage bigger international tourist liners to bring in tourists in the port city, a move greatly appreciated by the service sector. 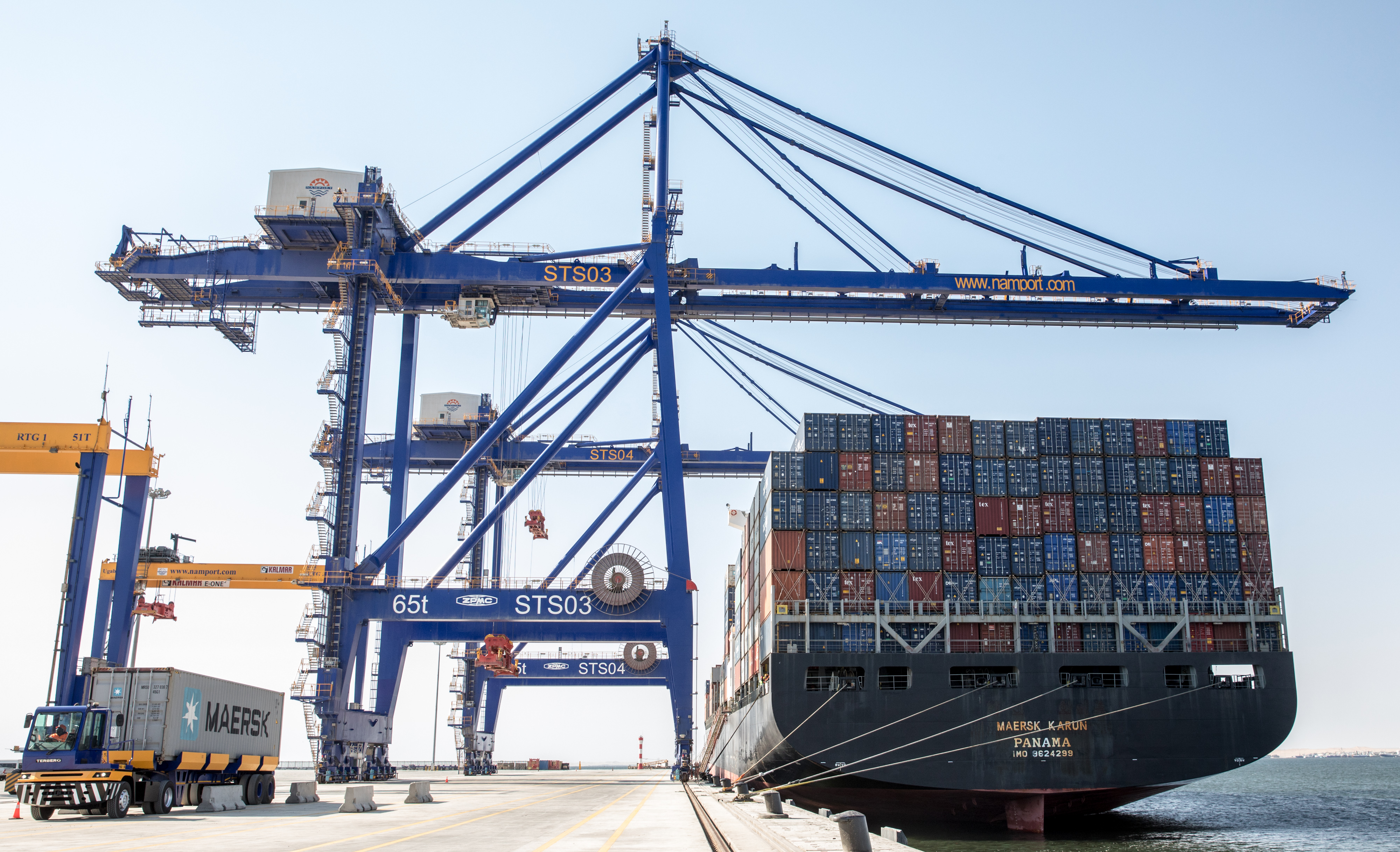 Containers are seen on a vessel at the new container terminal in Walvis Bay, Namibia, Aug. 2, 2019. (Xinhua/Zhang Yu)

Putting infrastructure at the core, the China-proposed Belt and Road Initiative is a new driver of economic development from which Africa stands to benefit, said Richard Todwong, deputy secretary general of Uganda's National Resistance Movement.

Like in many African countries, China has constructed key transport and energy infrastructure projects in Uganda aimed at unlocking the country's economic potential.

"China argues that development should be for everybody. When China is building dams, roads, it is powering the Ugandan economy," Todwong said.

At the FOCAC summit a year ago, Xi said China and Africa have long formed a community with a shared future and will now turn it into a pacesetter for building such a community for humanity.

For Nathan Ankrah, a 24-year-old Ghanaian student who recently participated in a Chinese language competition for foreign college students, China is a big part of his future plans. 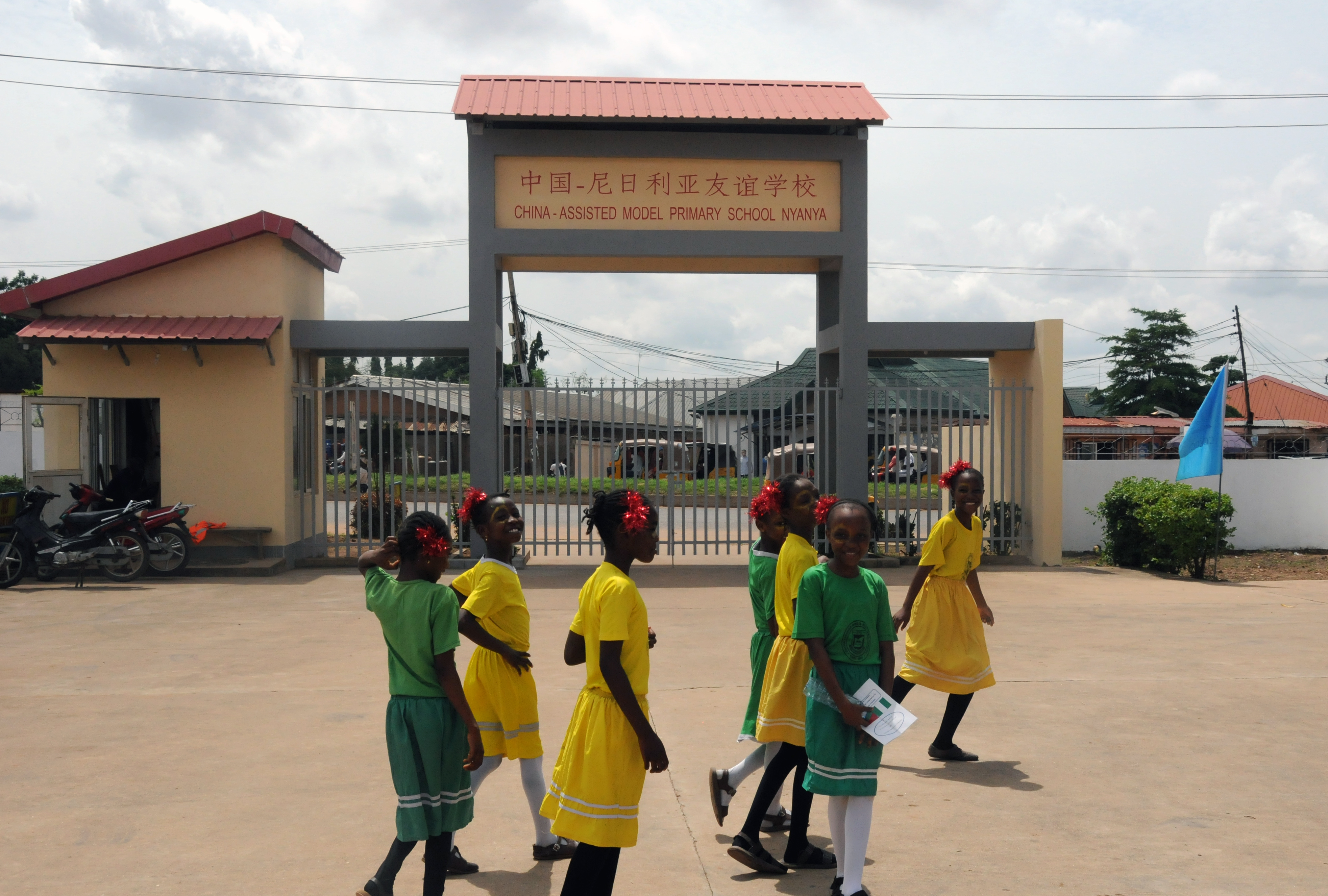 "The trade between China and Africa is booming and it is a win-win situation," said Ankrah. "I am looking for my 'Chinese opportunity.'"