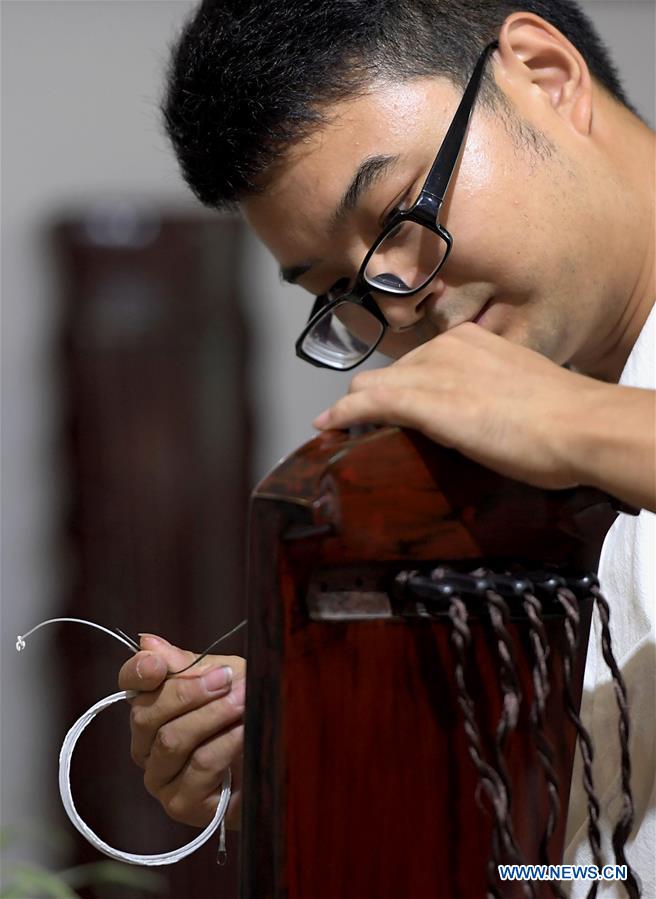 Xu Bing arranges the strings of a "Guqin" at his studio in Xuchang Village, Lankao County of central China's Henan Province, Aug. 21, 2019. Xu Bing, born in 1991, is a villager in Xuchang Village of Lankao County in Henan. Fascinated by traditional Chinese culture and "Guqin", a seven-string traditional Chinese instrument, Xu Bing returned to his hometown after graduating from his college and started to learn the making and performing of "Guqin" in Xuchang Village, which is famous for its folk instrument culture. In order to learn the skill of making "Guqin", a complicated procedure which usually requires nearly two years to prepare, Xu Bing went to Beijing, Tianjin, Shanghai and Guangzhou to study and has formed distinctive styles, which brings him many orders from "Guqin" teachers. In recent years, Xu Bing has set up a "Guqin" studio and given lectures for "Guqin" lovers for free across the country, in an aim to promote the culture of "Guqin". (Xinhua/Li An)