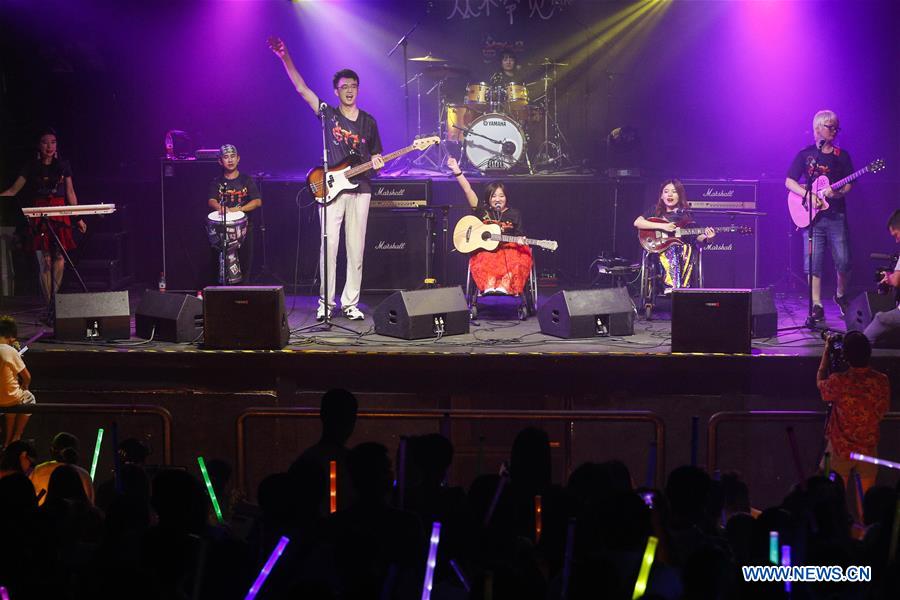 Members of the band "8772" perform during the launching ceremony of the band's first album in Beijing, capital of China, Aug. 14, 2019. After three-year efforts, the band "8772" released their first album titled "Never Rare" featuring ten original songs in Beijing Wednesday. An audience of about 300 attended the launching ceremony and watched performances staged by the band. Most members of the band suffer rare diseases including brittle bone diseases, Kallmann Syndrome and spinal muscular atrophy. The band is named 8772 as it resembles the letters BTTZ, the initials of "bingtong tiaozhan" in Chinese pinyin, which literally means illness challenge. The band made its debut in Beijing on Oct. 31, 2015 and has been committed to writing original songs to depict the life of people with rare diseases. (Xinhua/Zhang Yuwei)