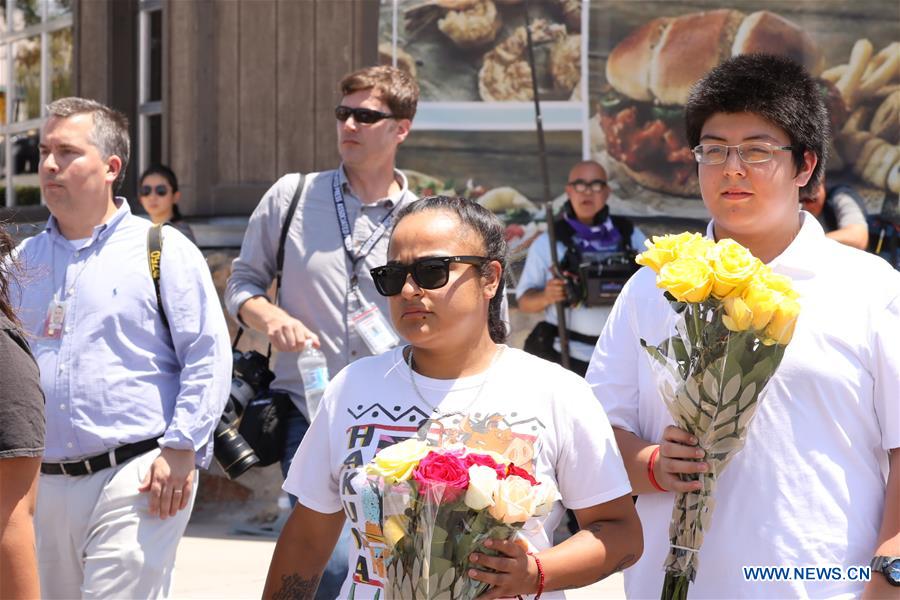 People bring flowers to a memorial site for mass shooting victims in El Paso of Texas, the United States, on Aug. 4, 2019. The U.S. federal government is treating a mass shooting in the U.S. state of Texas on Saturday as a domestic terrorism case, the U.S. attorney for the Western District of Texas said Sunday. The attack in the border city of El Paso in Texas left 20 people dead and 26 wounded. A 21-year-old white male has been arrested. (Xinhua/Liu Liwei)